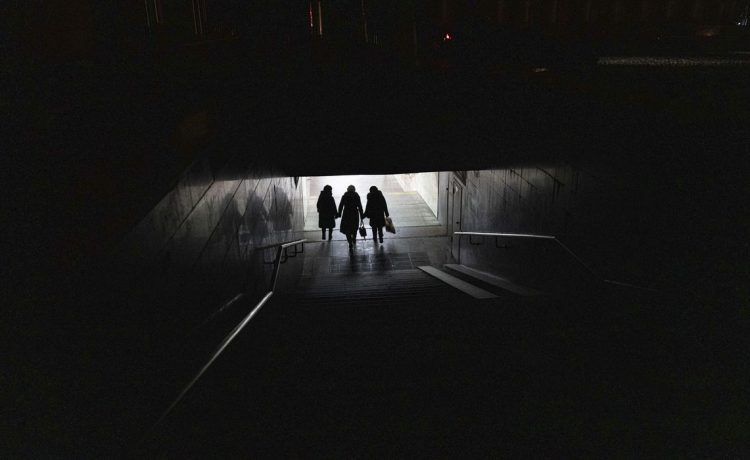 KYIV, Ukraine (AP) — The head of the U.N. nuclear watchdog met Thursday in Moscow with officials from Russia’s military and state atomic energy company as he pursues a long-running drive to set up a protection zone around a Russian-occupied nuclear power plant in Ukraine.

“It’s key that the zone focuses solely on preventing a nuclear accident,” he tweeted. “I am continuing my efforts towards this goal with a sense of utmost urgency.”

The meeting in Moscow came a day after Ukrainian President Volodymyr Zelenskyy made a defiant wartime visit to the U.S. capital, his first known trip outside his country in the nearly 10 months since Russia invaded.

The visit to Washington was aimed at reinvigorating support for Ukraine in the U.S. and around the world at a time when Russia appears to have lost battlefield momentum. There is concern that Ukraine‘s allies are growing weary of providing the military and economic assistance that have enabled Ukraine to keep fighting.

The Russian military on Thursday reported that Defense Minister Sergei Shoigu paid a visit to Russian troops on the front line what the Kremlin calls its “special military operation” in Ukraine. The exact location of the visit was not disclosed.

Before his trip to Washington, Zelenskyy met with Ukrainian troops in the eastern city of Bakhmut, the recent focus of some of the war’s most intense combat. Russian President Vladimir Putin has never been seen traveling to front-line areas. Russian newspaper Rossiyskaya Gazeta reported that Putin visited his Ukraine command headquarters last week, but its location wasn’t disclosed, and it wasn’t even clear if it was in Ukraine.

The IAEA’s Grossi has urged Russia and Ukraine for over three months to agree on a safety zone around Europe’s largest nuclear power station. Zaporizhizia province and areas across the Dnieper River from the nuclear power plant have been under regular shelling since Russia invaded Ukraine on Feb. 24. Ukrainian officials have repeatedly called for a demilitarized zone around the plant, which was seized by Russian forces early in the war.

Although all six of the plant’s reactors are shut down, the reactor core and used nuclear fuel must still be cooled for lengthy periods to prevent them overheating and triggering dangerous meltdowns like the ones that occurred in 2011 when a tsunami hit the Fukushima plant in Japan. Ukraine saw the world’s worst nuclear accident, at Chernobyl in 1986.

Ukraine and Russia have blamed each other for the repeated shelling, which has led on multiple occasions to the Zaporizhizia plant losing the electricity needed to operate the cooling system. Ukrainian officials earlier this month also accused Russian troops of installing multiple rocket launchers at the site.

Grossi said in November that the main issues under discussion involve military equipment and the radius of the safety zone. He said the IAEA’s proposal is very simple: “Don’t shoot at the plant, don’t shoot from the plant.”