The Great Days > News > Igor Danchenko, primary source of Steele dossier, acquitted on charges of lying to the FBI
News

Igor Danchenko, primary source of Steele dossier, acquitted on charges of lying to the FBI 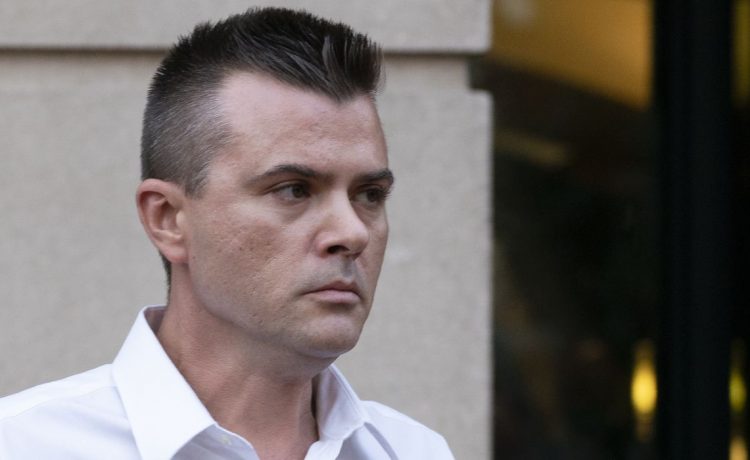 Special counsel John Durham’s likely final trial ended in another defeat Tuesday as a federal jury acquitted Igor Danchenko, a Russian analyst who was the primary source of the anti-Trump Steele dossier, on charges of making false statements to the FBI.

The jury deliberated for about nine hours over two days before acquitting Mr. Danchenko, who showed no reaction to the verdict.

Mr. Danchenko was charged with four counts of making false statements related to his claims to the FBI that he had received an anonymous phone call in July 2016 from someone he believed to be Sergei Millian, the former head of the Russian-American Chamber of Commerce.

Mr. Danchenko told investigators that information from the phone call ended up in the so-called Steele dossier, a compendium of unproven anti-Trump allegations compiled by British ex-spy Christopher Steele and paid for by Democrats ahead of the 2016 election. The dossier was used, in part, by the FBI to obtain a surveillance warrant for Carter Page, a Trump campaign figure, in a probe of suspected links between the Trump campaign and Moscow.

During the five-day criminal trial, Mr. Durham’s prosecutors argued that Mr. Danchenko never received the call and he fabricated the story under pressure by FBI agents to corroborate allegations he provided to Mr. Steele, which ended up in the dossier.

“Why would Sergei Millian, a vocal supporter of Donald Trump, call and offer damaging information about Donald Trump to a person he’s never met before; he’s never spoken with before? It doesn’t make any sense,” prosecutor Michael Keilty said in his closing statement to jurors on Monday.

The defense said that the call could have taken place via a secure calling app, adding that Mr. Danchenko volunteered to work with the FBI to assist in their efforts to corroborate the information in the Steele dossier.

“He was trying to help the FBI, and now they are prosecuting him for it,” defense attorney Stuart Sears said.

The acquittal is a stinging defeat for Mr. Durham, who had a lot on the line in the Danchenko trial. Attorney General William P. Barr appointed him in 2019 to probe for misconduct by the FBI and other intelligence agencies during their Russian collusion investigation.

Mr. Trump had predicted the Durham investigation would result in major arrests and would uncover that the FBI engaged in “really bad things” during its Trump-Russia probe. But after more than three years of looking for wrongdoing by the FBI, Mr. Durham has only secured one guilty plea and struck out on two criminal trials. He hasn’t charged anyone with conspiracy, proved that political bias swayed FBI decision-making while investigating Mr. Trump, or put high-level officials on trial.

The Danchenko trial already had one major stumble for Mr. Durham and his team. At the conclusion of the prosecution’s case on Friday, U.S. District Judge Anthony Trenga granted a defense motion to throw out one of the initial five charges filed against Mr. Danchenko.

Prosecutors had charged Mr. Danchenko with lying to the FBI when he said he never “talked” with Democratic operative Charles H. Dolan Jr. about information that wound up in the Steele dossier. While the two men exchanged emails, there was no evidence that they spoke. Judge Trenga, who was appointed by President George W. Bush, said Mr. Danchenko’s answer was “literally true” and the charge was too weak to send to the jury.

It appeared as if Mr. Durham was feeling the heat Monday as he defended his investigation to jurors during a rebuttal to the defense attorneys’ closing argument.

Mr. Sears, the defense attorney, lauded Mr. Danchenko’s work as a paid informant for the FBI between 2017 and 2020, but the bureau was forced to cut ties with him in late 2020 after Mr. Barr’s Justice Department indirectly outed him as the dossier source.

“He deserved more than to be exposed because a bunch of politicians put politics over national security,” Mr. Sears said, repeatedly reminding jurors that Mr. Barr initiated the Durham probe.

Mr. Durham argued that his investigation was a natural sequel to special counsel Robert Mueller’s conclusion that there was no evidence of collusion between Mr. Trump’s campaign and Russia.

The Danchenko prosecution is the third case brought by Mr. Durham’s team.

The first case against former FBI attorney Kevin Clinesmith resulted in a guilty plea from the lawyer, who copped to falsifying details in an email partly used to justify the Page surveillance application. Mr. Clinesmith walked away with probation.

Mr. Durham’s first trial, on a single charge of lying to the FBI against former Hillary Clinton campaign attorney Michael Sussmann, ended in an acquittal with jurors taking less than six hours to conclude the lawyer wasn’t guilty after a two-week trial.

The Danchenko case is expected to be Mr. Durham’s final trial before he wraps up his investigation. He is expected to issue a report of his conclusions to the Justice Department. It is up to Attorney General Merrick Garland to decide whether to publicly release the report.