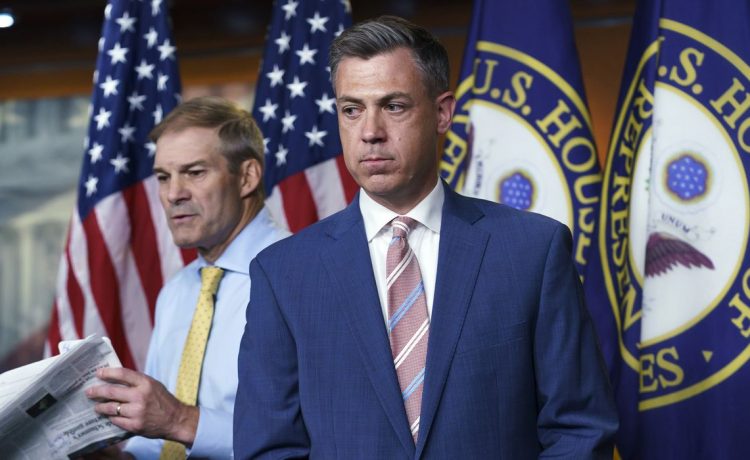 Indiana Rep. Jim Banks on Tuesday became the first Republican to announce his bid for the Senate seat being vacated by the GOP’s Mike Braun.

Mr. Banks, who has served in the House since 2017, said he’s running because Indiana needs a conservative fighter in the Senate to stand up to “spineless Republicans” and far-left Democrats.

“Radical socialist Democrats are trying to change America, but I won’t let them,” Mr. Banks said in a video kicking off his campaign. “I’ve been on the front lines fighting [for] America first policies in Congress.”

Mr. Banks catapulted to national attention over the past two years as leader of the Republican Study Committee (RSC). The group, comprised of more than 150 House Republicans, plays a large role in helping shape policy and messaging for the GOP conference.

Under Mr. Banks, the RSC spearheaded the opposition to President Biden’s $1.2 trillion infrastructure package and other big spending programs. Initially, Mr. Banks hoped to ride his success in leading the group to a position within the House leadership as GOP whip.

Despite running a strong campaign for the post, Mr. Banks lost to Rep. Tom Emmer, a Minnesota Republican who ran the GOP’s official campaign arm last cycle. Still, Mr. Banks increasingly signaled his intention to run for the Senate.

The seat became open late last year when Mr. Braun, who was elected in 2018, announced he would run for the governorship of Indiana in 2024. Mr. Braun, a fiscal hawk, has yet to endorse a successor.

Apart from Mr. Banks, several other high-profile Republicans will likely mount a run for the seat. Topping the list is former Indiana Gov. Mitch Daniels and Ukrainian-born Rep. Victoria Spartz. Given Indiana’s strong conservative bend, whoever wins the Republican primary is all but assured victory in the general election.

Mr. Banks already has at least one powerful ally in his bid for the seat: the Club for Growth, which has spent heavily to bolster conservative Republicans in GOP primaries in recent years. The club’s president, David McIntosh, said the organization is “ready to spend what it takes to make sure Hoosiers have a conservative in that Senate seat.”