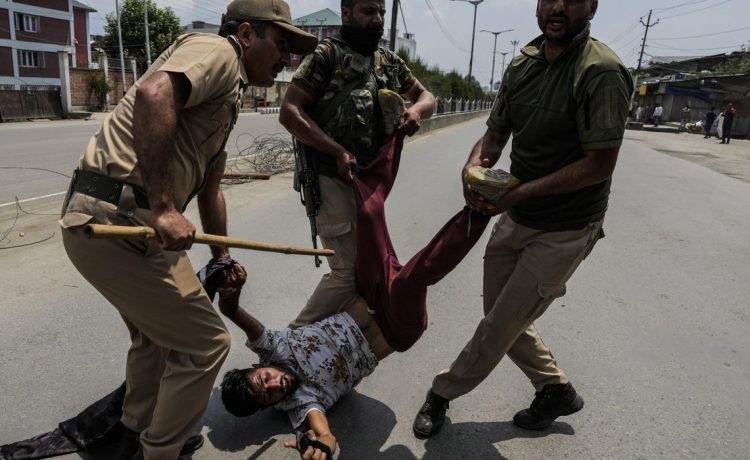 Laws and regulations on religion passed under the government of Indian Prime Minister Narendra Modi “have cultivated an environment that is increasingly hostile toward religious minority communities,” the U.S. Commission on International Religious Freedom said in a new survey Tuesday.

USCIRF, tasked with monitoring religious liberty overseas, released an update summarizing the situation for religious minorities in the nation of more than 1.3 billion people, and said India’s policies have “enabled intolerance of religious minorities and exacerbated communal divides, resulting in violence, deaths, injuries, sexual assault [and the] destruction of property.”

The findings could deepen a political dilemma for the Biden administration, which has cultivated India as a key ally in the bid to restrain a rising China, even as the Modi government’s domestic record on rights and civil liberties comes under scrutiny.

Sectarian policies by Mr. Modi’s governing Hindu nationalist Bhartiya Janata Party, or BJP, seek to “establish India as an overtly Hindu state, contrary to India’s secular foundation and at grave danger to India’s religious minorities,” the report indicated. The government continues to “repress critics of its policies and ideologies,” including those who defend religious rights and faith-based organizations the document stated.

Perhaps the greatest danger to religious liberty, the report indicated, are the “anti-conversion laws” in most of the country’s states that “enable and encourage Hindu nationalists to target and discriminate against religious minorities under the guise of protecting the Hindu faith,” according to USCIRF.

Liam Reed, South Asian program coordinator for International Christian Concern, an advocacy group, said the organization was “told that the [Indian] court these days is coming up with the idea that they’re going to create a national anti-conversion law, so it won’t just be up to the states anymore.”

He said the move would leave “little hope for Christians who are minding their own business. They’re not trying to forcibly convert anyone. … There’s not really a way to fight it, because Christians are such a minority there.”

Also at issue is a ban on Muslim female students who wore hijabs in Karnataka state, the document indicated. Sectarian violence broke out there in February following protests over the ban.

The USCIRF document reiterated the commission’s recommendation that the State Department designate India as a “country of particular concern.”

“Such a designation,” the commission wrote, “would reinforce the United States’ concern regarding the conditions discussed in this country update and would encourage the Indian government to diverge from policies that violate religious freedom and promote communal divides.”

The Indian government said in response to the review that it was “firmly committed to the promotion and protection of human rights.” But the private rights groups, which included Human Rights Watch and Amnesty International, said the Modi government had failed to follow through on past promises to reform.

Some 21 countries in the U.N. review called on the Modi government to improve its protection of freedom of religion and rights of religious minorities, with several raising concerns over increasing violence and hate speech and the government’s adoption of discriminatory policies such as the anti-conversion laws.