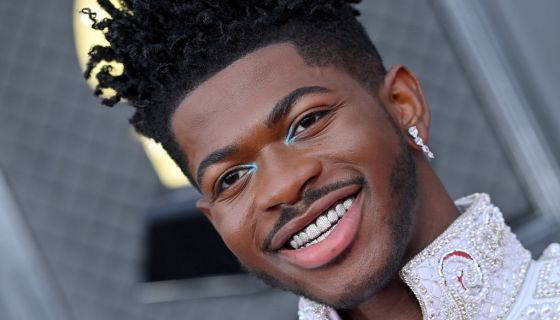 MTV’s VMA nominations are in and Montero’s up for MANY moon men.

Despite being left out completely of this year’s BET Awards, Lil Nas X is leading the pack of MTV VMA nominations. The “Industry Baby” singer/rapper earned 7 nominations as well as Jack Harlow and Kendrick Lamar, putting Hip Hop at the forefront for this year’s VMA Nominees.

Doja Cat and Harry Styles, are right behind with 6 nominations each, and tied for 5 are Dua Lipa, Billie Eilish Ed Sheeran, Taylor Swift, and The Weeknd.

Song Of The Year:

The song of the year category recognizes Sir Elton John for his contribution to Dua Lipa’s hit “Cold Heart (PNAU Remix),” other nominees in the category include “Easy on Me” by Adele, Eilish’s “Happier Than Ever”, “Lizzo’s “About Damn Time”, The Kid LAROI & Justin Bieber’s “Stay” and “Woman” by Doja Cat.

Artist Of The Year:

This year’s Artist of the Year category will feature its first-ever Latin Music artist, Bad Bunny. Ed Sheeran who was the award first ever winner in 2018 is back with his second nomination in the category. Lizzo, Harry Styles, Lil Nas X, Drake, and Jack Harlow are also nominated in the category.

Video Of The Year:

The “video of the year category will now feature seven videos as the VMA’s have expanded that category, adding another nominee to their usual 6. Lil Nas X, who won last year’s video of the year award for “Montero (Call Me by Your Name),” is nominated again in the coveted category for “Industry Baby” the song and video feature Jack Harlow and is nominated for 6 awards. If “Industry Baby” takes the title of Video of the Year, Lil Nas X will become the first person in the show’s 39-year history to do so. He will face off in that category with Taylor Swift. If Tay Tay brings it home, this will make her the first 3-time “video of the year” winner.

As usual, MTV is inviting fans to vote for their favorites in 16 categories on MTV’s website, voting closes on August 19. The show will air on Aug. 28, at 8 p.m. ET. The awards show will broadcast live from Prudential Center in Newark, N.J. available on BET, BET Her, CMT, Comedy Central, Logo, MTV2, Nickelodeon, Paramount Network, Pop, TVLand, and VH1.