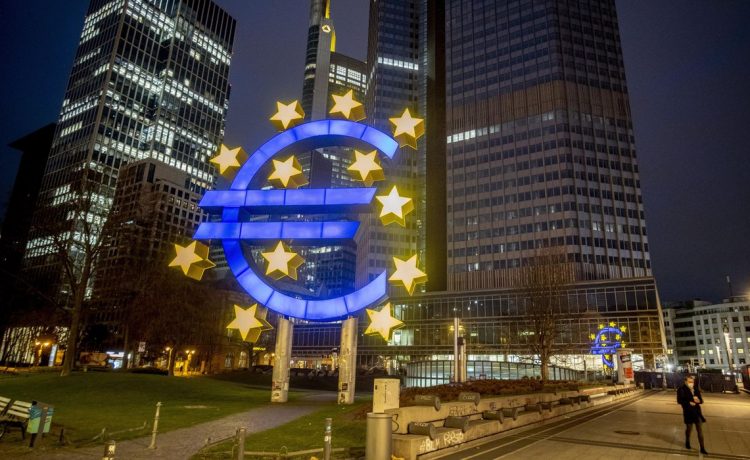 LONDON (AP) — Inflation in the European countries using the euro currency shot up to another record in July, pushed by higher energy prices fueled by Russia’s war in Ukraine, but the economy still managed better-than-expected, if meager, growth in the second quarter.

Annual inflation in the eurozone’s 19 countries rose to 8.9% in July, an increase from 8.6% in June, according to numbers published Friday by the European Union statistics agency.

For months, inflation has been running at its highest levels since 1997, when record-keeping for the euro began, leading the European Central Bank to raise interest rates last week for the first time in 11 years and signal another boost in September.

Energy prices surged in July by 39.7%, only slightly lower than the previous month due to gas supply concerns. Prices for food, alcohol and tobacco rose by 9.8%, faster than the increase posted last month due to higher transport costs, shortages and uncertainty around Ukrainian supply.

“Another ugly inflation reading for July,” said Bert Colijn, senior eurozone economist for ING bank, adding that there was “no imminent sign of relief.”

The eurozone’s economy, meanwhile, grew from April through June, expanding by 0.7% compared with the previous quarter, despite stagnation in Germany, Europe’s traditional economic engine. France avoided fears of a recession by posting modest 0.5% growth, while Italy and Spain exceeded expectations with 1% and 1.1% expansions, respectively.

Economists pointed to the rebound in tourism following the COVID-19 pandemic, with short-staffed airports and airlines packed this summer, leading to travel chaos.

With inflation continuing to rise higher than expected, analysts expect economic growth to be the last glimmer of good news, with inflation, rising interest rates and the worsening energy crisis expected to push the region into recession later this year.

“This is as likely to be as good as it will get for the eurozone for the foreseeable future,” Andrew Kenningham, chief Europe economist for Capital Economics, wrote in an analyst note.

Europe’s growth contrasts with the United States, whose the economy has contracted for two straight quarters, raising fears of a recession with inflation at 40-year highs. But the job market is even stronger than before the COVID-19 pandemic, and most economists, including Federal Reserve Chair Jerome Powell, have said they don’t think the economy is in recession.

Many, however, increasingly expect an economic downturn in the U.S. to begin later this year or next, much like in Europe.

Europe’s risk is largely tied to its reliance on Russian energy, with Moscow throttling down flows of natural gas that power factories, generate electricity and heat homes in the winter.

More reductions this week through a major pipeline to Germany, Nord Stream 1, have heightened fears that the Kremlin may cut off supplies completely. That would force rationing for energy-intensive industries and spike already record-high levels of inflation driven by soaring energy prices, threatening to plunge the 27-nation bloc into recession.

While European Union governments approved a measure this week to reduce gas use by 15% and have passed tax cuts and subsidies to ease a cost-of-living crisis, Europe is at the mercy of Russia and the weather.

A cold winter, when natural gas demand soars, could draw down storage levels that governments are now scrambling to fill but has been made infinitely harder by Russia’s cuts.

“With the region’s gas supply now reduced and inflation set to remain high for some time, the eurozone is likely to fall into recession,” Michael Tran, an assistant economist with Capital Economics, said in an analysis this week.

While the European Central Bank has begun raising rates to cool inflation, it had trailed other central banks like the Fed and the Bank of England in making credit more expensive, fearing the outsize impact of soaring energy prices tied to the war.

The impact of the ECB’s recent rate hike on inflation was “very limited, although it does add to a further cooling of demand in the eurozone,” wrote ING’s Colijn.

“With a recession looming and inflation reaching new highs, the question is how the ECB will respond to an economy which is already cooling down,” he said.