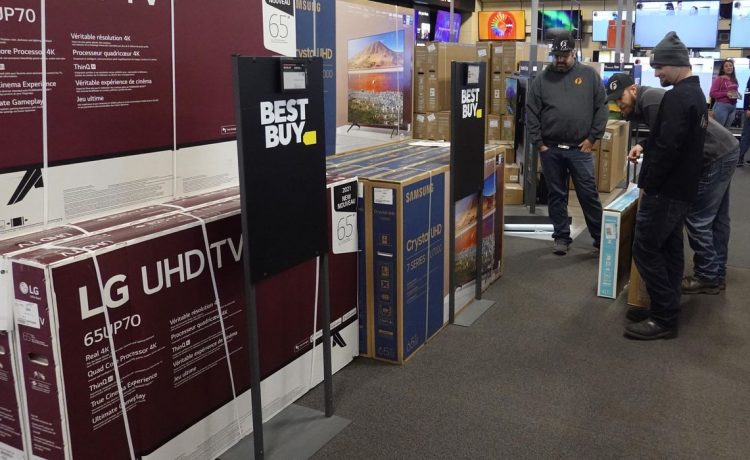 Retailers are offering Black Friday deals earlier than ever — before Halloween — as high inflation and online shopping further diminish the relevance of the day after Thanksgiving.

Target will offer its annual Deal Days on Oct. 6-8, rolling out its pre-Black Friday sale four days earlier than last year. The retail giant also is starting its Holiday Price Match Guarantee on Oct. 6, pledging to match the price of any sales item until Dec. 24.

Amazon is offering a Prime Early Access Sale with Black Friday-like deals on Oct. 11-12, after having hosted a Prime Day in July. It’s the first time the online retail giant has offered its members two Prime Day sales in one year.

The “recommerce” platform B-Stock, which resells returned, overstocked and liquidated merchandise for nine leading retailers, including Target, Amazon and Walmart, says retailers are chasing fewer dollars this year due to inflation.

“As for inflation, consumers will be particularly frugal heading into this holiday season, focused mostly on everyday essentials, though some exceptions are likely to be made for certain high-ticket items,” B-Stock CEO Marcus Shen said in an email.

According to the National Retail Federation, 58% of consumers responding to a survey this month said holiday sales and promotions are more important to them than last year — up from 48% who said the same in September 2021.

The NRF survey also found that 38% of consumers plan to start shopping for the winter holidays earlier than they typically do, up 2 percentage points from a year ago.

Last month, a retail and e-commerce report from Morning Consult found that inflation is affecting the shopping habits of 85% of Americans, leading most to reduce their spending on luxuries and feel unhappier buying online.

B-Stock says the best holiday discounts will be for overstocked clothing, small appliances and home and garden products. Morning Consult found Americans are spending less on these items to offset the rising costs of food, housing and gas.

Business owner Michael Austin, a former chief economic adviser to two Kansas governors, credits Amazon for driving a “steady trend away from Black Friday” as “e-commerce has tripled in market share in the last 10 years.”

“Arcades, Blockbuster, Toys R Us, and now Black Friday. E-commerce is wiping another traditional commerce staple off the map,” said Mr. Austin, an economist with the National Center for Public Policy Research’s Project 21.

As the season of holiday deals keeps expanding, retail analysts still expect Target to offer its annual Thanksgiving week online sale and in-store sale on Black Friday, which falls on Nov. 25 this year.

But the day itself means increasingly little with Black Friday discounts moving up to before Halloween this year.

In 2019, Target offered its first Black Friday preview sale on Nov. 8. In 2020, the company started on Nov. 1. And last year, Target said it would close its stores annually to in-person shopping on Thanksgiving Day.

“It’s very important to remember that Target, along with other stores, has been blurring the line between ‘pre-Black Friday’ and Black Friday,” said Kristin McGrath, a shopping expert at deal-tracking website BlackFriday.com.