The Great Days > News > Inside the Beltway: A Republican call to arms
News

Inside the Beltway: A Republican call to arms 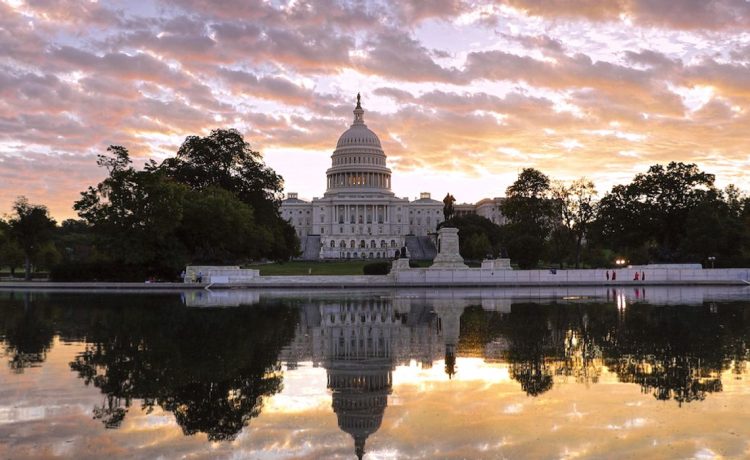 Commentary columns have begun to appear urging the Republican Party to get in touch with its inner warrior as the midterm and presidential election approach.

Are the GOP lawmakers lacking forthright, productive and gutsy behavior at this juncture? Some believe that is the case — including columnist and author Kurt Schlichter, who has come up with a new term for the population of kinder, gentler but not necessarily effective Republicans.

That term may or may not be offensive to some readers, but let’s move right along.

“You would prefer a world of comity, collegiality, and unicorns. And that ain’t happening until we warrior cons have broken our enemy,” Mr. Schlichter wrote, suggesting that some GOP lawmakers “think it’s still 2005.”

He cites a cause and a remedy for the situation, addressing the “Flaccidcons” directly:

“Your problem is that you live on forever in a world that no longer exists, if it ever did. You live in a world where there are norms. You live in a world of rules and guardrails, where the institutions are at least nominally neutral and where we all share some basic premises that provide common ground. But we don’t,” declared the columnist, who is both a trial attorney and a retired Army colonel and combat veteran.

“We are in a long and brutal political struggle where the stakes are our liberty, and while you want to figuratively clutch your pearls and worry about whether this is who we are, we know who we are. And we are the guys and gals who want to figuratively don our plate armor, sharpen our broadswords, and get some, Knight Templar-style,” Mr. Schlichter later said.

He is, incidentally, the author of the new book “We’ll Be Back: The Fall and Rise of America.”

The American Principles Project — founded in 2009 as a national pro-family organization engaging directly in campaigns and elections —has produced a collection of straightforward essays with a compelling title: “The Top 25 Threats to the American Family.”

The online publication clearly delineates these threats in these 25 thoughtful pieces, grouping them into categories of actual four perceived threats. They include corporations, special interests, legislation, and politicians. A category for solutions is also included.

“This publication, in which I contribute an entry, is a must-read for conservatives trying to understand the menaces threatening our home life,” Ryan P. Williams, president of the Claremont Institute, advised in a statement shared with Inside the Beltway.

Find it all at FamilyThreats.com.

Well, well. So a new NBC News poll found that 74% of U.S. adults believe their nation is on the wrong track. Who’s to blame here?

Tommy Pigott, rapid response director for the Republican National Committee, has one theory. He points out that President Biden is now the “most unpopular president at this point in his presidency in at least 70 years.”

Indeed, a recent Gallup poll noted that Mr. Biden has an average 38% job approval rating during the month of July — which is the lowest among his 10 predecessors in the White House.

“Senate Democrats have aided and abetted Biden every step of the way. They own Biden’s failures because they voted with Biden almost every time,” Mr. Pigott wrote in an analysis of the terms, citing such Democratic lawmakers as Sens. Patty Murray of Washington and Michael Bennet of Colorado.

“When push came to shove, all Senate Democrats voted for a $1.9 trillion stimulus that even liberal economists say fueled inflation, against 18,000 Border Patrol agents and Title 42, for raising taxes during a recession, and for hiring 87,000 IRS enforcers,” Mr. Pigott continued.

“Senate Democrats have put this country on the wrong track. They’ve put Biden first and the American people last time and time again. Voters will remember in November,” he advised.

Dr. Anthony Fauci’s announcement that he would be leaving his post as head man of the National Institute of Allergy and Infectious Diseases by the end of the year drew much commentary from a wide range of observers on Monday — and no wonder.

Dr. Fauci has been the pointman at the venerable federal agency for 38 years.

One observer, however, is more interested in contemporary issues — and what the future holds.

“For over two years, Congressional Democrats have refused to hold a single hearing on the origins of COVID, or our government’s possible financial involvement in gain-of-function research,” said House Republican Whip Steve Scalise of Louisiana.

“That will change when House Republicans take the majority next year,” said Mr. Scalise, who also is the ranking Republican on the House Select Subcommittee on the Coronavirus Crisis, in a statement shared with the Beltway.

“It’s good to know that with his retirement, Dr. Fauci will have ample time to appear before Congress and share under oath what he knew about the Wuhan lab, as well as the ever-changing guidance under his watch that resulted in wrongful mandates being imposed on Americans,” Mr. Scalise advised.

• 73% of U.S. adults believe the large number of migrants apprehended at the southern border “is a problem.”

• 63% believe the U.S. is experiencing “historic levels of migration.”

• 54% think the U.S. is experiencing an “invasion at the southern border.”

• 50% believe that “migrants bringing fentanyl” over the border increases drug overdoses in the U.S.

• 46% support building a wall or fence along the entire U.S.-Mexico border.

• 35% say there is a “deep state working to open our borders to more immigrants.”