The Great Days > News > Inside the Beltway: A year of media silence
News

Inside the Beltway: A year of media silence 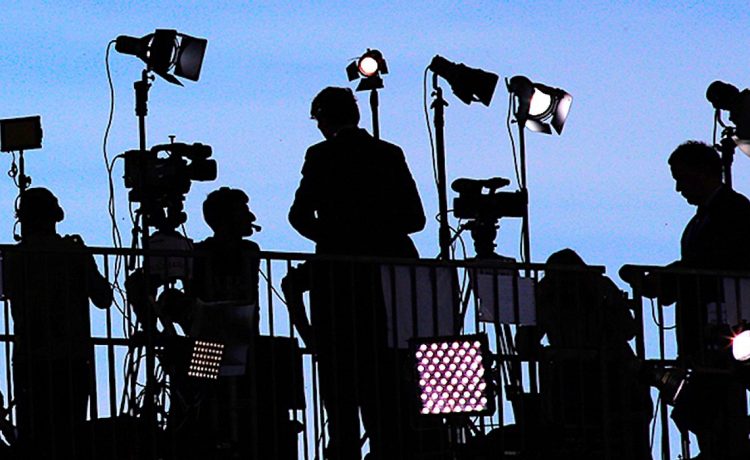 The “Big Three” broadcast networks — that would be ABC, CBS and NBC — appear to be in mute mode when it comes to coverage of the U.S. border with Mexico. A painstaking new study reveals all.

“Over the last year, the crisis on the southern border has grown steadily worse, surging to new records month after month. There’s been violence and death at the border. States are overwhelmed. Illegal immigrants have been released in cities all across America,” wrote Scott Whitlock, research director for NewsBusters.org, a conservative press watchdog.

He has figured out just how much time the networks devoted to border issues over the last 12 months. It wasn’t much.

The situation apparently did not warrant much coverage in the past year, he said, despite the fact that there were 2,361,553 illegal border crossings during the period, according to the U.S. Border Patrol.

“From July of 2021 through June of 2022, ABC’s World News Tonight, the CBS Evening News and the NBC Nightly News allowed just 146 minutes of coverage to the border crisis. Over a full year of three network evening newscasts a night, that comes out to devoting less than one percent of the total coverage on the border crisis,” Mr. Whitlock said.

For those who are curious about the math here, he explained to Inside the Beltway that when the length of commercials are not counted, there are 22 minutes during each newscast everyday, Multiply that by 3 — for the three networks — and the total minutes of actual news content is 66 minutes a day. Multiply that number by 365 to cover the year, and voila — there are, typically, 240,090 news minutes available, Mr. Whitlock said.

Moving right along, the network newscasts appear to be in protective mode in the meantime.

“The situation at the border has deteriorated to dangerous levels. Yet the networks have little interest in investigating or holding Joe Biden accountable. The President’s polling numbers are falling, despite the best efforts of ABC, CBS and NBC to protect Biden from facing the reality of the situation he’s made much worse,” Mr. Whitlock said.

He also has a reminder.

“The midterm elections are only 15 weeks away. If journalists want to do their jobs — and not be partisans protecting the Democratic Party — they should cover this dangerous situation,” he advised.

Find the complete study at Newsbusters.org.

This handy new term comes from National Review columnist Andrew McCarthy, who penned an essay about President Biden‘s tendency to misspeak in public statements and speeches — and the unfortunate possible consequences both nationally and on the global stage.

“It should matter when an American president speaks. But more than in words, credibility lies in a president’s demonstrated commitment — by behavior, by policy — to America’s vital interests. Even if there’s no hope for Biden, that means the bully pulpit can recover — with the right president,” Mr. McCarthy advised.

Looks like the nation’s population of climate-change skeptics is growing.

A comprehensive Issues & Ideas/TIPP reveals the trend in a survey based on the following statement: “President Biden has said that record-high gasoline and electricity prices are necessary for meeting his goal of eliminating fossil fuels in the U.S. to fight climate change.”

Respondents could opt for one of five responses:

They agree with Mr. Biden’s climate change policy, even if it means higher energy prices.

They disagree with the policy, and want more energy produced to decrease prices.

They don’t think global climate change should be a U.S. policy priority.

They don’t believe in climate change.

They are not sure about the issue.

“The answer that came back loud and clear will not be comforting to either President Biden or his Democratic Party advisers: Just 32% of those answering the poll said they support Biden’s climate change policy even if it means higher energy prices,” the poll analysis said.

“But a far larger majority of 57% answered in the negative. They either said they disagreed with his policies and want more and cheaper energy (41%), or don’t think climate change should be a U.S. policy priority (10%), or don’t even believe that the climate is changing (6%),” it noted.

The poll also found that 11% were not sure about the situation.

“This is a significant repudiation of the Biden administration’s ‘Green Agenda” which is now being blamed by many for the recent surge in energy prices and inflation, not to mention a growing sense of insecurity in global food and oil markets,” the analysis said.

During the week of July 11-17, Fox News drew an average primetime audience of 2.2 million viewers, marking the 28th consecutive week that the news network was ranked No. 1 in the entire cable realm — besting such non-news rivals as ESPN, HGTV and Hallmark.

Fox News is also marking 74 consecutive weeks topping rivals MSNBC, with a primetime audience of 1.3 million, and CNN, with an audience of 660,000.

The standouts for the week, as usual, were “The Five” and “Tucker Carlson Tonight,” which each enjoyed an audience of 3.1 million.

In the meantime, the network’s three-hour weekday morning show “Fox & Friends” drew an audience of 1.3 million viewers compared to 905,000 viewers who chose MSNBC’s “Morning Joe” and 363,000 who tuned in to watch CNN’s “New Day.” This marks the 69th straight week “Fox & Friends” has topped its morning rivals.

• 74% disapprove of the way President Biden is handling the problem of inflation.

• 69% disapprove of the way he is handling the U.S. economy.

• 68% say he hasn’t paid enough attention to the nation’s “most important problems.”

• 59% disapprove of the way he is handling immigration.

• 52% disapprove of the way he is handling the situation in Ukraine.