The Great Days > News > Inside the Beltway: Biden and the headwinds he faces and creates
News

Inside the Beltway: Biden and the headwinds he faces and creates 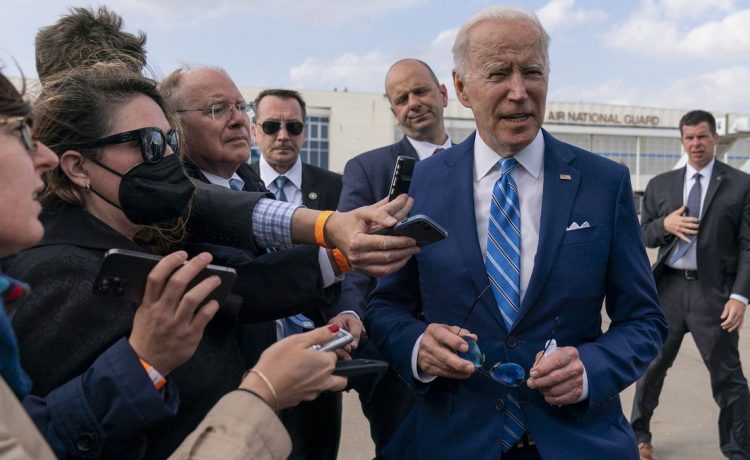 Earlier this year, multiple news organizations declared that President Biden was encountering “headwinds” on many fronts that could thwart his agenda. Headwinds are difficult to navigate and they impede progress — quite the opposite of those kinder breezes which push from the back, of course.

What kind of headwinds are we talking about here? Headlines from throughout the year tell all.

But alas. Now the president appears to be causing some headwinds himself.

A Mason-Dixon poll of 800 registered Florida voters conducted Sept. 26-28 revealed that Sen. Marco Rubio, a Republican, has 47% of the support while his Democratic challenger Rep, Val Demings has 41% — with the rest either undecided or favoring another candidate. The pollster cited Mr. Rubio’s advantage among unaffiliated voters — 44% favored him versus 39% for Ms. Demings, who represents Florida’s 10th Congressional District.

And there’s one more factor.

“The continued unpopularity of President Biden is also creating headwinds for Demings. Statewide, a majority of voters (54%) continue to disapprove of Biden’s performance. This had changed little since the beginning of the year,” the pollster said in its analysis of the findings.

Not even a helpful Biden breeze could remedy that at the moment.

Tulsi Gabbard’s sudden announcement that she was leaving the Democratic Party was open to interpretation in the press as news organizations came to terms with the decision by the former lawmaker from Hawaii. A few headlines from the last 24 hours:

The 44th president and his first lady are a very busy couple these days.

Let’s start with Michelle Obama, who has a new book titled “The Light We Carry: Overcoming in Uncertain Times” arriving on Saturday, to be followed by a six-city tour. She has also launched “Get Her There,” which she describes as a “global call to action” to empower adolescent girls. It is a project of the Chicago-based Obama Foundation.

Meanwhile, former President Barack Obama has a noteworthy public outreach on his calendar as well. He will host “The Obama Foundation Democracy Forum” in mid-November.

“With democracy under threat in the United States and around the world, the promise and potential of the next generation of leaders is more important than ever. On November 17 in New York City, President Obama will join pro-democracy thinkers, leaders, and activists from around the world to focus on the biggest challenges democratic institutions face today. We are hosting the Forum in partnership with Columbia University and the University of Chicago,” the foundation said in a public notice.

Mr. Obama, however, may not be a presence on the campaign trail as Election Day approaches, however. It’s complicated.

“More than a dozen advisers and others who have spoken with Obama say the former president’s approach in the fall campaign will remain limited and careful. That cautious approach comes as Obama tells people his presence fires up GOP opposition just as much as it lights up supporters, that he has more of an impact if he does less and that he can’t cloud out the up-and-coming generation of Democrats,” noted Edward-Isaac Dovere, a senior reporter for CNN, in an analysis for the network.

“Data released during Monday’s City Council work session shows U.S. Customs and Border Protection released 26,000 migrants in the El Paso area in September alone — half of them without a sponsor in the United States. That compares to 14,854 releases in Eagle Pass and 2,277 in Del Rio, Texas. But nine out of 10 migrants released in other Texas cities do have financial sponsors and thus can move about on their own,” the report said.

“Providing for the unsponsored migrants has led El Paso officials to spend $6.1 million in food, transportation and free hotel stays for foreign nationals passing through since July. The city has hired 207 charter buses as of October 6 to send 9,800 migrants to New York City, Chicago, and other hubs. It has also directed 50 municipal employees to assist at hotels and undermanned non-profit shelters,” the report continued.

“El Paso officials are expecting the Federal Emergency Management Agency to reimburse those costs, but so far, the reimbursements are pending. El Paso has also requested a $10 million advance from the Federal Emergency Management Agency. Last month, federal officials told the city they could expect a $2 million advance, but that money is yet to arrive, too,” said the Border Report, which is owned by Nester Media Group.

• 57% overall trust the state government in the state where they live; 56% of Republicans, 54% of independents and 64% of Democrats agree.

• 47% overall trust the judicial branch of the federal government headed by the U.S. Supreme Court; 67% of Republicans, 46% of independents and 25% of Democrats agree.

• 43% overall trust the executive branch headed by the president; 7% of Republicans, 43% of independents and 86% of Democrats agree.

• 38% overall trust the legislative branch, consisting of the U.S. Senate and House of Representatives; 25% of Republicans, 36% of independents and 54% of Democrats agree.