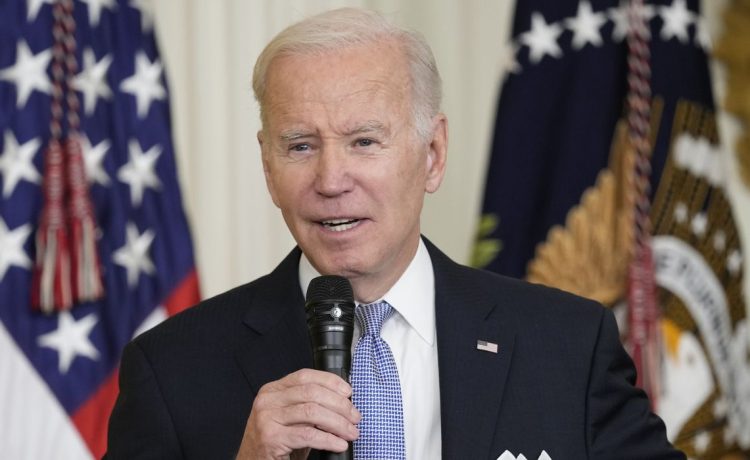 So now it is President Biden’s turn to stand by as facts and rumors circulate that classified documents were found at his personal residence in Delaware following a search by FBI personnel on Friday. So how is that playing in news coverage?

“What’s amazing about all this is it takes us to the question of why were these documents here? Well, now that we learned that some of these go back to his Senate time, you know, clearly he’s become a serial classified document hoarder,” Rep. Mike Turner, Ohio Republican, told Margaret Brennan, host of the CBS Sunday political-talk show “Face the Nation.”

There was a little drama elsewhere as well.

“ABC’s ‘This Week,’ started off with a bang as co-moderator Martha Raddatz conducted a random act of journalism by criticizing President Joe Biden’s claim this week that there’s ‘no there there’ when it comes to his mishandling of classified documents, a scandal that seems to be growing by the day as more and more documents turn up at his home in Delaware. In her opening monologue and in two other moments in the show, Raddatz seemed astonished at the difference between Biden’s words and reality,” wrote Kevin Tober, an analyst for Newsbusters.org. a conservative press watchdog.

But wait, there’s more. Lots more. Here’s a few headlines of note from the last 48 hours, with more likely to come:

What could this possibly be? That’s simple enough. Former President Donald Trump has launched a new selection of merchandise — primarily T-shirts — for those who appreciate his stance on things. The shirts are available in solid red, white or navy blue and most include an image of Mr. Trump.

And oh yes, they boast some select mottos which include the following: “Choose Greatness,” “Unfinished Business,” “Legend,” “America’s favorite president”, “Trump was right about everything” “Joe Biden owes me gas money,” and “Home Sweet Home” with an image of the White House.

Find the shirts — and lots more — at DonaldJTrump.com — and check under the blue “Shop” icon.

A FILM OF NOTE

It’s focused on the “politicization and sexualization going on at Disney,” he notes in a statement shared with Inside the Beltway.

It is a complicated cultural and political matter.

“The film will debut on Monday on the SalemNOW platform and at CatholicLeague.org for free — and eventually other streaming platforms like Amazon Prime,” Mr. Meath said.

SalemNOW, by the way, is a project of the Salem Media Group — home to a variety online, radio, print, film, video and book publishing products centered on Christian and family-themed content plus conservative values.

Fox News Digital — the online presence of the cable news network found at FoxNews.com — closed out 2022 with some impressive user and audience numbers, according to Comscore, an industry source.

“For the year, Fox News Digital surpassed CNN.com with multiplatform views for the first time since 2019,” the network added, noting that CNN drew 17 billion views.

Emplifi is an industry source that monitors social media and provides information to a variety of companies and organizations.

• 51% of U.S. adults say dealing with the U.S. economy is one of the two “most important” issues for President Biden “to prioritize.”