Inside the Beltway: Coast Guard cutter heads for annual mission to Antarctica 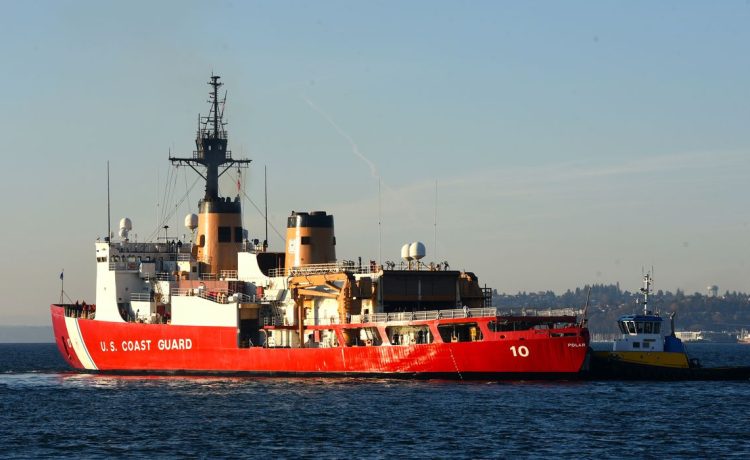 Three cheers for the nation’s only heavy icebreaker — U.S. Coast Guard Cutter Polar Star — which has departed its homeport Seattle and is now bound for Antarctica in support of “Operation Deep Freeze,” a joint military service mission to resupply U.S. Antarctic stations of the National Science Foundation.

“The Polar Star crew conducts this essential mission to create a navigable path through ice as thick as 21 feet, to allow refuel and resupply ships to reach McMurdo Station, the largest Antarctic station and the logistics hub of the U.S. Antarctic Program,” the Coast Guard said in a statement to Inside the Beltway.

“This is a unique and important mission that the Coast Guard undertakes each year,” Capt. Keith Ropella, commanding officer of the Polar Star, said in the same statement.

“It takes a special crew to make the 20,000 nautical mile round trip through some of the most remote locations and arduous conditions on the planet to get the job done, and perhaps more significantly, to prepare this 46-year-old cutter for the challenge. I am overwhelmed and immensely proud of the tireless work this crew and our shore side support partners have done,” he said.

The deployment will last until the end of March. Polar Star also escorts research and supply ships bound for the Antarctic stations.

A trio of aviation-grade gas turbine engines, by the way, provide the heroic vessel with up to 75,000 horsepower, making her the most powerful ship in the Coast Guard.

There’s history to consider as well.

It is of note that the Coast Guard has participated in “ice operations” since 1867 when the cutter Lincoln was dispatched to survey the Alaska Territory, newly acquired from Russia.

“After the purchase, Lincoln carried the U.S. delegation for the transfer ceremony. The Revenue Cutter Service becomes the presence of the federal government in the new territory including the transportation of judges, marshals, prisoners, and witnesses; conduct of courts; enforcement of customs and immigration statutes; and enforcement of laws related to fisheries and wildlife,” notes a Defense Department chronology.

So House Speaker Nancy Pelosi has revealed she will not seek re-election to her leadership post in a speech which included references to several recent U.S. presidents — but omitted any reference to former President Donald Trump.

Yes, well. The event was deemed “the end of an era” by both The Hill and CNN.

It is perhaps time to revisit the beginning of the era, however. That would be Mrs. Pelosi’s first day on the job. Let us recall what she had to say on that most auspicious occasion.

The date was Jan. 4, 2007. The occasion was her speech upon election as House speaker. Rep. John Boehner, Ohio Republican, was House minority leader at the time. Mrs. Pelosi was handed the ceremonial House gavel for the occasion, and here’s what she said:

“I accept this gavel in the spirit of partnership, not partisanship, and I look forward to working with you, Mr. Boehner, and the Republicans in the Congress on behalf of the American people,” the California Democrat told all assembled on that day.

“In this House, we may belong to different parties, but we serve one country. We stand united in our pride and prayers for our men and women in the armed forces. They are working together to protect America, and we, in this House, must also work together to build a future worthy of their sacrifice,” Mrs. Pelosi advised.

While he’s fresh from a major public speech, former President Donald Trump is still in the mood for serious outreach. He will address the Republican Jewish Coalition’s three-day annual meeting, which gets underway at a glittering hotel in Las Vegas on Friday.

Mr. Trump — who will speak via satellite link — has lots of company on the speaker’s roster for this significant event.

This is a partial list, incidentally. Find the host organization at RJChq.org.

• 90% of U.S. adults agree that voting in elections adults is a “very important” or “somewhat important” aspect of being a good citizen.

• 85% agree that following what is happening in national politics is an important aspect of being a good citizen.

• 78% agree that following current events in other countries is an important aspect.

• 75% agree that making choices to help reduce the effects of global climate change is an important aspect.

• 67% agree that getting a COVID-19 vaccine is an important aspect.

• 54% agree that joining demonstrations about issues is an important aspect.