The Great Days > News > Inside the Beltway: Donald Trump asks ‘Would you vote for me?’
News

Inside the Beltway: Donald Trump asks ‘Would you vote for me?’ 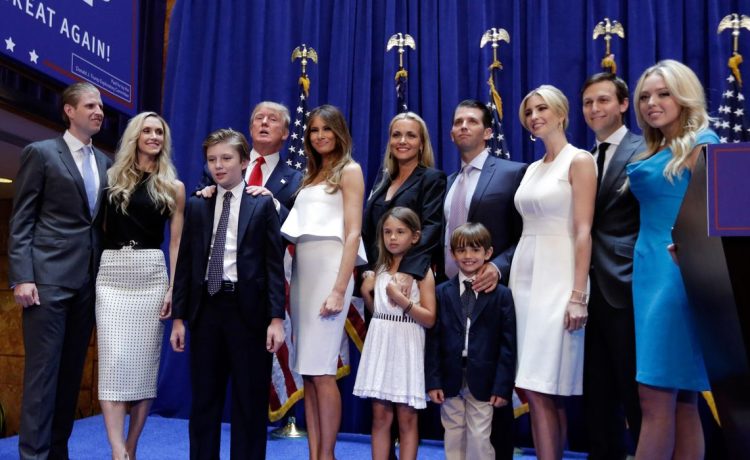 Former President Donald Trump continues to tease political analysts and voters alike by implying he plans another run for the White House in 2024 next week. If that were to happen, Mr. Trump would be launching his campaign pretty soon.

The campaign push and public relations efforts for such an endeavor typically start some 12 months ahead of a presidential year. Mr Trump, for example, launched his 2016 presidential campaign on June 16, 2015, at Trump Tower in New York City. If the former president followed that pattern, he could rev up his new campaign in 2023 — which arrives in a mere six weeks.

Mr. Trump has already promised that he’ll make a “very big announcement” from his home in Florida on Tuesday — and he continues to promote the event through assorted campaign and fundraising proclamations via email or through his website.

“This announcement will perhaps be the most important speech given in the history of the United States of America,” noted one advisory that circulated Thursday.

“Would you vote for me a third time?” asked another.

The latest round of communication also commands some voter engagement:

“If you want me to run in 2024, then who should my vice president be?” the message asks — though it does not offer suggestions for potential candidates.

“Cheer up, Republicans. While a red wave may not have washed over U.S. politics on Tuesday, the ultimate outcome could be even better for the GOP,” advised an opinion piece by James Freeman, assistant editor of the Wall Street Journal editorial page.

“Given President Biden’s lousy approval ratings and inability to speak coherently, a midterm shellacking on the order of 1994 or 2010 would have triggered an aggressive effort by Democrats to push Mr. Biden off stage before the 2024 elections. Now they may be stuck with him,” he explained.

He also pointed out, however, that “incumbency has its advantages.”

Conservative commentator Ann Coulter attempted to give a speech this week at Cornell University — her alma mater — but her event came to a quick end due to an organized group of hecklers in the audience. She spoke for less than seven minutes.

“Protestors stood and began shouting down Coulter. They seemed to be employing a chain tactic, beginning just as soon as the last heckler was removed, so as to continuously speak over Coulter,” noted the Cornell Review, a student publication on the campus.

“Eight college-age individuals were removed from the auditorium following Cornell protocols. All Cornell students among the disrupters will be referred for conduct violations,” Joel Malina, vice president for University Relations at Cornell, told Campus Reform — a student-written news organization which monitored both the event and its outcome.

“Cornell apologizes to Ms. Coulter and all members of the audience who hoped to hear her remarks. The inappropriate behavior displayed by disrupters does not reflect the university’s values,” Mr. Malina said.

A new book by author and historian Martin Dugard has been published just in time for Veteran’s Day.

“Taking Berlin: The Bloody Race to Defeat the Third Reich” opens with a top secret event in 1944 centered on Winston Churchill, followed by rousing speech by Gen. George S. Patton. It then launches into the brave and intricate strategies and actions which led to that defeat.

The new book also homes in on the 100th Battalion of the 442nd Regiment, a U.S. Army unit made  up mostly of Japanese-Americans and Hawaiians who marched under the motto was “Go for Broke” and brought home more than one Medal of Honor.

The new book — deemed a “non-fiction thriller” — is published by Dutton Caliber.

Mr. Dugard is also known for collaborating with media personality Bill O’Reilly on a popular book series devoted to historic personalities and their equally historic deeds. Investigate the author at MartinDugard.com.

The spectacular Ronald Reagan Presidential Library and Museum is gearing up for Christmas in a very big way — and it is unabashedly cheerful. Literally.

“Families visiting the Reagan Library can immerse themselves in a brand-new 5,000 square foot Christmas exhibit including over 60 trees decorated in themes derived from each U.S. state and territory. This never-before seen collection also explores fascinating holiday traditions and unique expressions of the holidays from around the world,” the organization said in a statement shared with the Beltway.

“Artifacts including rarely seen items from the Reagan Family’s very own Christmas trees will be on display along with several Hanukkah Menorahs given to President Reagan during his time in the Oval Office,” the advisory noted.

The special exhibit opens Friday and will continue through Jan. 8, 2023.

“Photographers will be available in our winter wonderland for capturing family holiday photos — and Santa will be visiting the exhibit for photos too!” the organization said.

Former Vice President Mike Pence will also visit the library next week to promote his new book “So Help Me God.”

Visiting the library’s site is always uplifting. Find it at ReaganFoundation.org.

• 22% of U.S. adults spent 30 minutes or less watching or listening to election-day media coverage of the 2022 midterms.