The Great Days > News > Inside the Beltway: Forgive debts and buy votes
News

Inside the Beltway: Forgive debts and buy votes 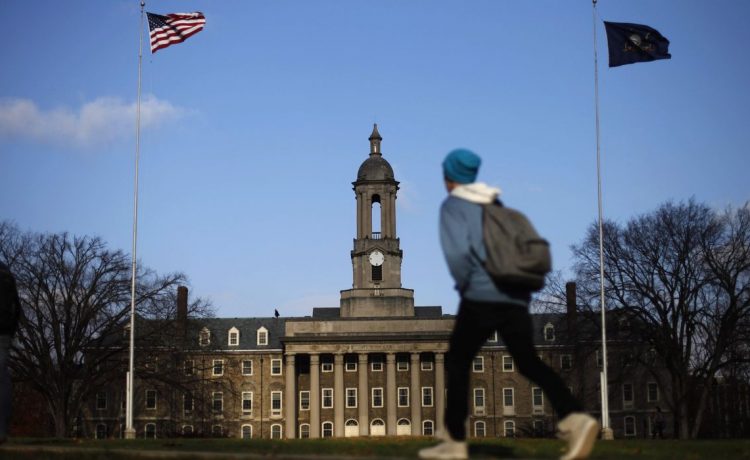 Yes, we all know now that President Biden has suggested that $1.7 trillion in federal student loans should be paused for a two year period — and that $10,000 in loan forgiveness should be extended to “those who are burdened with such a payment.”

Fox Business News host Stuart Varney has a thing or two to say about this.

“This is not going down well. The Left is disappointed. They want much more relief than a mere $10,000 bucks. The NAACP is disappointed. A statement says: ‘This is not how you treat Black voters who gave 90% support to Democrats’,” Mr. Varney told his audience on Wednesday, citing a statement from NAACP President Derrick Johnson.

“The Wall Street Journal says debt relief is inflationary — $10,000 worth of forgiveness costs $300 billion this year. It’s more like a stimulus program. People who have paid off their loans are not happy. Where’s the relief?” Mr. Varney asked.

“Look, My heart goes out to those youngsters who are struggling financially. Got it. But another give-away is not the answer. It’s a $300 billion relief program conveniently granted right before an election. Otherwise, known as vote buying,” Mr. Varney concluded.

“Biden’s bailout unfairly punishes Americans who saved for college or made a different career choice, and voters see right through this short-sighted, poorly veiled vote buy,” said Republican National Committee Chairwoman Ronna McDaniel in a statement shared with Inside the Beltway.

Others agree that the “vote buy” method could backfire.

“The American people see through Biden’s transparent attempt to reverse his rapidly declining approval rates ahead of midterm elections. Come November, voters will have an opportunity to reject this agenda and replace the congressional leadership that has contributed to the past 18 months of crippling inflation, handouts to the wealthy, and broken promises,” said Heritage Action Executive Director Jessica Anderson, also in a statement.

The debate about loan forgiveness is taking on new dimensions, meanwhile.

“Canceling outstanding student debt will help recent college graduates, but do nothing to reduce the cost of a college education for current and future students, which is out-of-control. If anyone should ‘forgive’ student debt, it is the institutions that charge students (and taxpayers) exorbitant tuition and fees, and could dip into their fat endowments and issue graduates a refund, along with an apology.

Tuition and fees have increased faster than inflation for 30 years. The money higher education has received from taxpayers and students hasn’t been put toward academics, but bureaucracy, so that more than half of university employees today are not teachers,” declared Joe Barnett, a senior editor for The Heartland Institute, a think tank focussed on free market solutions and based in Chicago.

Is it a little shake-up or a big shake-up? Inquiring minds want to know.

NBC announced the change on Wednesday.

“Gelles joins ‘Meet the Press’ after most recently working at CNN, where he developed and oversaw D.C.-based programming for the CNN+ streaming service. Before CNN+ (which was shut down after just a few weeks), he was executive producer of CNN’s politics and special events coverage and was a senior broadcast producer on ‘The Situation Room.’ He is also a veteran of NBC News, having worked as a producer on ‘Today’ and ‘Rock Center,’” the Reporter advised.

And on a historical note: “Meet the Press” first aired on Nov. 6, 1947, and was hosted by Martha Jane Rountree.

So much for campus conviviality. There’s yet another partisan bias to consider. Campus Reform, a student-staffed news organization, reports nearly half of young Americans admit they would refuse to live with someone who voted for a member of a political party different from their own.

So says an NBC/Generation Lab study of the class of 2025 that found 46% of the respondents said they would “probably not” or “definitely not” room with somebody from an opposing political party.

“The study found Republican students were more likely than Democrats to room with someone who holds opposing political views. 62% of young Democrats responded they would not room with a member of the Republican Party. Only 28% of young Republicans, on the other hand, opted out of sharing a room with a Democrat,” wrote About Alexa Schwerha, a Campus Reform reporter.

“Intolerance grew among the pool of respondents when it came to other aspects of social life. Of all respondents, 53% of young Americans responded they would not date a member of the opposite party, 63% would not marry across party lines, and 62% would not work for a company that does not share their political values,” Ms. Schwerha noted.

38% of U.S. adults describe the state of their personal household finances as “good”; 41% of Republicans, 27% of independents and 41% of Democrats agree.

36% overall describe their household finances as “fair”; 37% of Republicans, 43% of independents and 32% of Democrats agree.

15% describe their household finances as “poor”; 12% of Republicans, 23% of independents and 13% of Democrats agree.

10% describe their finances as “excellent”; 9% of Republicans, 7% of independents and 14% of Democrats agree.