Inside the Beltway: Fox News logs 90 weeks atop the cable-news ratings heap 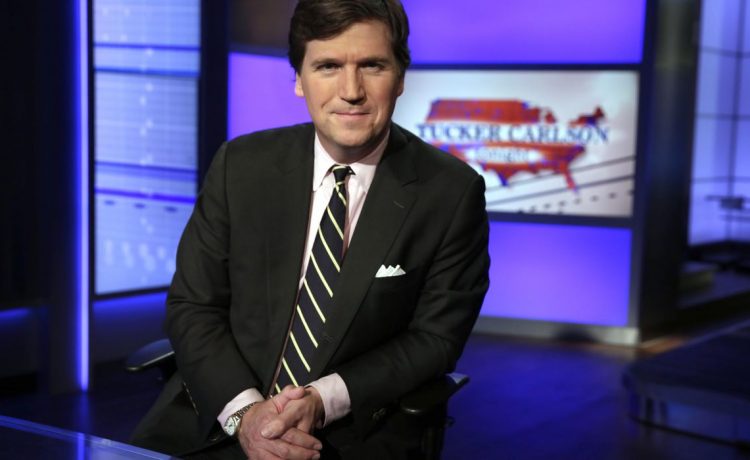 The competition just can’t keep up with Fox News. It’s all in the numbers.

During the week of Oct. 31-Nov. 6, Fox News marked 90 consecutive weeks as the top cable news network in the all-important primetime viewing hours, drawing an average audience of 2.5 million in that period. In contrast, MSNBC attracted 1 million primetime viewers while CNN drew 466,000.

Fox News also aired 97 of the top 100 cable news programs during the week, with “The Five” leading the way, thanks to an averageaudience of 3.6 million. “Tucker Carlson Tonight” was a close second with 3.5 million viewers.

One standout program is the late night fare of “Gutfeld!” which drew its highest rated week ever with a 2.4 million nightly-viewer average — besting the late night competition on CBS, NBC and ABC across the board.

Should Election Day become a holiday? See the Poll du Jour at column’s end, which addresses that topic.

Meanwhile, the midterm elections could boost the nation’s financial well-being, some say.

“Markets historically have done well in the year after midterms. In fact, they have been higher 18 out of 18 times in the following year dating back to 1950, with nearly identical historical returns under Democratic and Republican presidents,” wrote Barry Gilbert and Jeffrey Buchbinder, strategists for LPL Financial, a national wealth management firm, in an hefty analysis released Monday.

“The strategists noted that going back to 1951, a Democratic president with either a Republican or a split Congress has seen an average S&P 500 Index return of over 17%, compared with an overall average of just over 12%. A split Congress with a Republican president has also seen strong returns,” wrote William Watts, markets editor for MarketWatch, in response to the research.

“The exception to a mixed government being favorable for stocks, they said, has been the combination of a Republican president and a Democratic Congress, as was the case for most of the Eisenhower administration, as well as under Richard Nixon and Gerald Ford. That’s not a potential combination voters and investors currently face,” Mr. Watts said.

“There are several possible fundamental reasons for market strength following midterm elections, the analysts wrote. The main one is that uncertainty associated with the election is over. In addition, midterms usually provide something of a course correction from presidential elections, given that the party that controls the White House usually loses ground, and markets may anticipate prospects of a better policy balance ahead, regardless of who is in the Oval Office,” Mr. Watts observed.

A round of applause, please, for Torunn Sinclair, spokeswoman for the National Republican Congressional Committee — who faithfully compiled 390 daily “Biden Border Crisis” reports brimming with statistics and political implications.

The project began on April 5, 2021. The series drew to a close Tuesday.

The final report cited drone footage from the southern U.S. border that clearly revealed huge numbers of migrants crossing illegally from Mexico into the U.S. “with no resistance” on a daily basis.

“President Joe Biden is literally watching and doing nothing as cartels make billions of dollars smuggling people into the United States. Our border is not secure, and cartels are taking advantage of it,” Ms. Sinclair summarized in a statement shared with Inside the Beltway.

An in-depth analysis from the Heritage Foundation pushes back against claims that “red states have a murder problem” — an idea introduced in a 15-page report from Third Way, a national think tank which identifies as “center-left.”

The Heritage analysis — titled “The Blue City Murder Problem” — takes on the idea, point by point.

“The Left’s claim that America has a ‘red state murder problem’ is misleading and deflects from ‘progressive’ soft-on-crime policies that have wreaked havoc,” noted a handy summary of the project.

“New analysis of crime data shows that high-crime counties are governed largely by Democrats, driving up the crime rates in their otherwise red states,” the summary said.

The data and much more is included in the report, authored by Charles D. Stimson, Zack Smith and Kevin D. Dayaratna. Find the full analysis at Heritage.org, highlighted on the main landing page, or listed under the “Explore Issues” pull-down menu, under the “Crime and Justice” category.

Voters in Alaska picked their candidates for governor, U.S. House and Senate on Election Day via ranked choice voting —  and the state was prepared for everyone.

• 36% of U.S. adults “strongly support” making Election Day a national holiday; 29% of Republicans, 27% of independents and 51% of Democrats agree.