Inside the Beltway: Harvard poll provides good news for Republicans 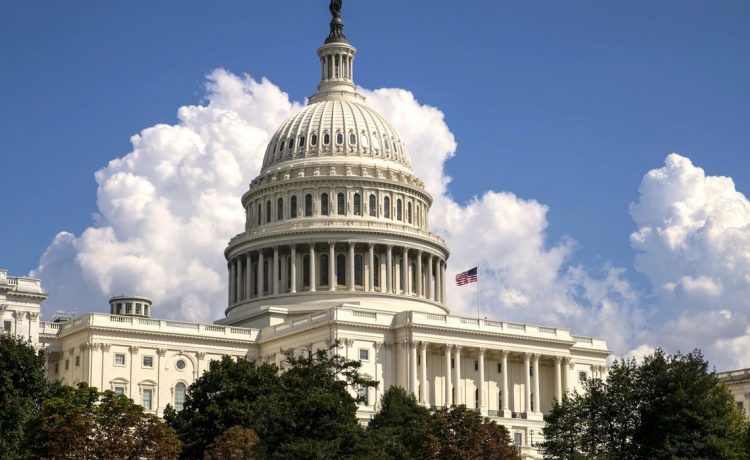 A comprehensive and wide-ranging poll of U.S. voters by Harvard University’s Center for American Political Studies and Harris Poll has some promising findings for the GOP, which has a 49% approval rating to President Biden’s 42%. But wait, there’s more.

“Voters are more attracted by the Republican platform than the Democratic one,” the poll noted.

“Republicans want to close the border to illegal crossings, increase incarceration of criminals, reduce or freeze government spending. Does this appeal to you as a program or not appeal to you?” the poll asked.

It found that 60% of the respondents agreed that the platform indeed appealed to them. Then came the alternative question:

“The Biden administration has subsidized electric cars, subsidized college loans and pardoned marijuana offenders. They also raised corporate taxes and added 87,000 IRS agents. Does this appeal to you as a program or not appeal to you?”

The findings: 52% said the Democrats’ platform appealed to them.

The results were released Tuesday. Find more numbers and the poll particulars in the Poll du Jour at column’s end.

THE LIBERTARIAN HAD A SAY

A debate between three candidates vying to be governor of Georgia on Monday night drew some close scrutiny from the news media. There was also a Libertarian in the mix.

“Gov. Brian Kemp of Georgia and Stacey Abrams, the Democrat he narrowly beat in 2018, spent four years preparing for a rematch. They came to the stage ready. So did Shane Hazel, a Libertarian,” noted The New York Times in its coverage of the event.

Mr. Hazel is a former Republican and U.S. Marine who ran to represent the state’s 7th Congressional District in 2018. He also “interrupted the other candidates several times to get his point across,” noted Newsy.com, which also followed the bout.

The Libertarian Party is pleased, meanwhile.

“Shane Hazel offered real solutions to the problems Georgians are facing: issues like runaway inflation, cannabis prohibition, and failing government schools. In other states, however, Libertarian candidates like Shane are routinely kept off the ballot and the debate stage in order to prevent Americans from hearing our party’s vision of peace, free markets, and fiscal responsibility. Shane’s outstanding performance in yesterday’s debate shows the need for third party candidates to be platformed and their solutions to be heard by voters,” said Angela McArdle, chairwoman of the Libertarian National Committee, in a written stamens shared with Inside the Beltway.

Find this third party at LPHQ.org; find the candidate at ShaneHazel.com

During the week of Oct. 10-16, Fox News led its primary challengers for the 87th consecutive week, drawing an average of 2.2 million nightly primetime viewers, according to Nielsen Media Research.

In comparison, MSNBC had an audience of 1.3 million during primetime, CNN attracted 649,000. Fox News also aired 74 of the 100 leading cable news programs during the week.

During the daytime viewing hours, Fox News led the entire cable realm with 1.4 million viewers, followed by ESPN with 896,000 in second place, and TBS with 843,000 in third. This marks the 41st week in a row that Fox News aced the daytime competition.

“The Five” once again was the most watched program of the week, with an average nightly audience of 3.3 million. “Tucker Carlson Tonight” finished a close second with 3.2 million viewers.

THE NRA LENDS A HAND

The National Rifle Association of America has distributed over $1 million in grants to public and private shooting ranges to improve their site facilities. The projects include construction of berms, range covers and pavilions, and the purchase of trap machines and lighting systems.

“To ensure a robust future for recreational target shooting and the shooting sports, gun owners need a place to learn, train, and compete,” Joseph P. DeBergalis Jr., executive director of NRA General Operations, said in a statement shared with Inside the Beltway.

“Thanks to the generosity of NRA members, NRA Foundation donors, and those who attend local Friends of NRA events, NRA is able to provide the resources sought after by clubs and public agencies to build, expand, and improve ranges in their communities,” Mr. DeBergalis noted.

NRA-Affiliated Range Funding is offered to 100% NRA membership affiliated clubs for the “acquisition, development, and improvement of shooting facilities,” the organization said in guidelines.

Funds are distributed with the approval of a standing committee of NRA Board of Directors. Funding is also available through the NRA Public Range Grant Funding program to city, county, state, and federal units of government to improve, enhance, and build public ranges. There is also the NRA Foundation State Fund Capital Improvement Grants program, which offers funding to government agencies and non-profit entities.

• 63% agree that the nation is on the wrong track.

• 57% say their personal financial situation is “getting worse.”

• 37% feel pessimistic about their personal life over the next year.