The Great Days > News > Inside the Beltway: Headlines from El Paso as border crisis looms
News

Inside the Beltway: Headlines from El Paso as border crisis looms 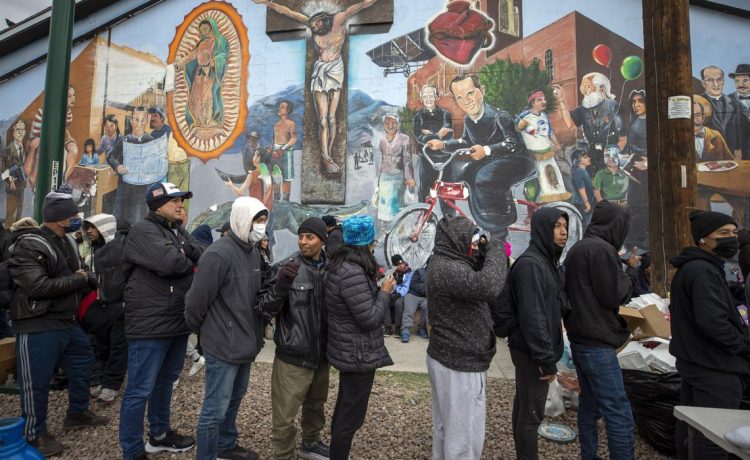 How are things in El Paso, Texas? It could be considered a “ground zero” of sorts for the illegal immigration crisis — which is expected to escalate if and when “Title 42” is lifted. This law limits immigration to prevent the introduction of communicable diseases in the U.S.

So how are things?

“At this point, people know that Title 42 is being lifted and they’re coming. They’re coming in droves. They’re coming in anticipation that it is going to be lifted, and even if they get here and Title 42 remains, the people that are going to be handling a humanitarian crisis are our neighbors in Juarez. The people of Juarez are also not prepared for this. They’re not happy with this. They haven’t asked for this,” El Paso City Council Representative Claudia Rodriguez told CNN on Monday.

The situation is also drawing considerable interest from major U.S. broadcast and cable news networks, along with overseas news organizations such as Voice of America, the BBC, Al Jazeera, the Guardian, the Telegraph and the Daily Mail, plus such news services as Reuters and the Associated Press

And here are five headlines from the El Paso Times which have appeared in the last 48 hours:

“How to donate items, volunteer time for migrants in El Paso.”

How satisfied are Americans with their nation? They are not happy.

“Americans’ satisfaction with the way things are going in the U.S. has tumbled nine percentage points, to 18%, from last year’s average. The 2022 figure is the lowest point since 17% in 2011 and just the fourth time since 1979 that annual satisfaction has been below 20%. The other two times were in 1979 and 2008 — also periods of economic turmoil in the U.S.,” reports Megan Brenan, a Gallup poll researcher who crunched both historical and year-end numbers on this issue.

Yes, you read it right. That percentage is 4%.

What erodes our sense of satisfaction living in America the most? The pollster has boiled that down to four words: “Dissatisfaction with the government.” That topic led the list of annoyances. Inflation was in second place, followed by the economy and concerns about the nation’s immigration challenges.

See more numbers and the survey particulars in the Poll du Jour at column’s end.

Fox News has marked 96 straight weeks leading the cable news competition, earning a daily average of 2 million primetime viewers during the week of Dec. 12-16, according to Nielsen Media Research. MSNBC drew an audience of 1. 1 million while CNN attracted 476,000 viewers.

In addition, Fox News aired 82 of the top 100 cable-news telecasts during the last week. As usual, “The Five” was the most-watched cable news program of the week with a daily average of 3.2 million viewers, followed by “Tucker Carlson Tonight” with 2.9 million.

In the mornings, “Fox & Friends” continued to dominate the competition as it has done for the last 91 weeks. The show netted 1.2 million viewers compared to CNN’s “This Morning,” which averaged just 341,000 viewers and MSNBC’s “Morning Joe” which had an average audience of 862,000 viewers.

‘LIFE’ ON THEIR MINDS

They are ready. And they are organized,

“Just one month until the 2023 March for Life. On Friday, January 20th, 2023, we will gather on the National Mall in Washington, D.C., just as we have every year since 1974,” advises Jeanne Mancini, president of the March for Life, in a public message shared with Inside the Beltway.

The pro-life event — planned to intersect with the anniversary of the Roe v Wade decision, made on Jan. 22, 1973 — draws thousands of participants and often sparse news media coverage, but that is a different story.

Ms. Mancini has news about associated happenings during the week.

“Our annual Rose Dinner Gala is a formal event following the March for Life that includes a three-course dinner and live jazz band. Join hundreds of pro-life leaders and guests from across the country for an inspiring evening, and hear from our Keynote Speaker Jonathan Roumie, who plays Jesus in the hit TV series The Chosen,” she noted.

The theme of the march and related events is “Next Steps: Marching Into a Post-Roe America,” which will celebrate both the 50th march itself and the “momentous overturn of Roe v. Wade,” Ms. Mancini said.

Find the overview and plans for the event at MarchforLife.org.

• 19% of U.S. adults say “dissatisfaction with the government” has been the nation’s biggest problem in 2022.

• 3% the “ethics and morals” of the nation, 3% threats to the environment.

SOURCE: The percentage shown here are averages derived from the findings of 12 Gallup polls which polled a minimum of 1,000 U.S. adults and were conducted monthly, from January through December, in 2022.