The Great Days > News > Inside the Beltway: Here’s why Democrats are losing
News

Inside the Beltway: Here’s why Democrats are losing 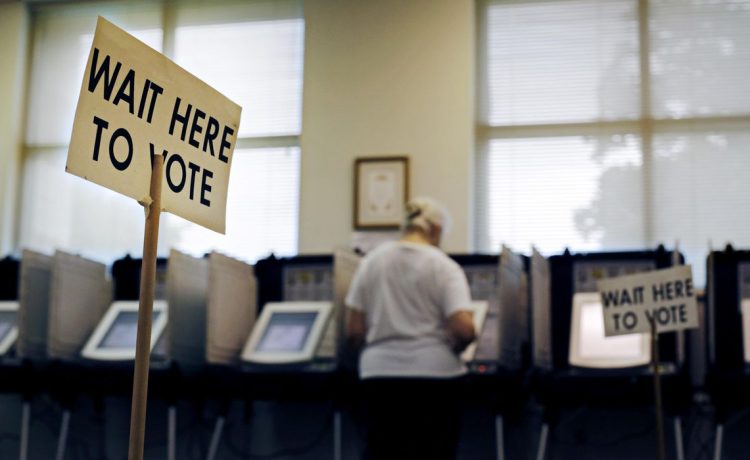 One veteran observer of national politics offers insight into the eroding popularity of the Democratic Party, its political candidates and its public message. Saul Anuzis — former chairman of the Michigan Republican Party and now president of the 60 Plus Association — has made a telling list entitled “Why Democrats are Losing.” It’s a straightforward examination of the key contributing factors.

“The narrative that the progressive left wing of the Democrat party has gone too far to the left is starting to resonate across the country,” Mr. Anuzis wrote in an analysis that identified the most damaging “losing issues” that Democrats seem to embrace.

“Being soft on crime and defunding the police are losing issues,” Mr. Anuzis said — along with “expensive weekly grocery bills and gas station fill-ups,” and “the approval of biological men playing in girls’ sports and using their bathrooms.”

Democratic acceptance of open borders and illegal immigration is also a losing issue, Mr. Anuzis noted, along with “denying parents basic information about what is being taught in local schools” and the “disastrous retreat and surrender in Afghanistan.”

He also suggests that “politically weaponizing parts of the CIA, FBI, IRS, DOJ and other federal agencies” is not helping.

Mr. Anuzis was not done yet, though. He cited factors he believes have damaged the Democrats’ message and reputation, and these are verbatim from his report:

• Killing the domestic energy market and its jobs.

• Banning free speech and assembly because you don’t agree.

• Forcing taxpayers to pay off some student loans.

• Government spending that ballooned the U.S. national debt past $31 trillion.

• And last but not least, allowing “the progressive, looney left of the Democrat Party to lead is a losing issue,” Mr. Anuzis wrote.

Some observers insist that the Sunshine State is veering away from the Republican Party — particularly Democrats with “wishful thinking.”

But that’s not so says one well-informed Florida resident.

“There’s a cynical saying in politics and business, used by those striving with a weak hand: ‘Fake it till you make it.’ Florida Democrats are attempting to fake it just now, insisting that Florida is politically purple. It’s not working. Pay no attention to it. The reliable polls are showing both Gov. Ron DeSantis and Sen. Marco Rubio holding comfortable leads over their Democrat opponents. Republican candidates in other state-wide races hold even wider leads,” Larry Thornberry wrote in The American Spectator.

He is a political analyst in Tampa who cited current poll numbers from RealClearPolitics, Mason-Dixon and other sources to back up his claim.

“Across the country Republicans have some tough races for Senate seats and governorships. But in Florida the two Republican incumbents look golden. Of course, we don’t yet know what the October surprise will be. We probably should stop calling it the October surprise since we know something is coming, so no one should be surprised. The October hustle probably describes it better. But I digress,” Mr. Thornberry said.

“Democrats will continue to try to fake it in Florida at least until the polls finally close. But if anyone plans to bet the mortgage money (I counsel against this), don’t bet on them making it,” he concluded.

Feel the need to harken back to a previous era?

Friends of the National World War II Memorial — yes, the grand and heartfelt site not far from the Washington Monument — begins its free Monthly Conference Series on Saturday.

The online series offers insight into “the spirit of unity and shared purpose that defined the character of our country during World War II,” the organizers say.

Now that’s a timely reminder in this day and age.

The series of half-day virtual conferences features discussions with the veterans who were there, eyewitness accounts, the British Royal Family’s role; observations from authors, historians and experts and additional insight. Find more — and register for the Saturday event — at wwiimemorialfriends.org/monthly-conference-series

During the week of October 3-9, Fox News marked 40 consecutive weeks as the most-watched network across the entire cable realm during daytime viewing hours according to Nielsen Media Research — earning larger audiences from such non-news competition as HGTV or ESPN. In addition, Fox News also marked 86 consecutive weeks as the top-rated cable news network throughout the day and into the primetime hours — with a peak audience of 2.3 million viewers.

The network also aired 87 of the top 100 cable news telecasts during the week.

Once again, “The Five” was the most-watched cable news program of the week, with an audience of 3.4 million viewers. “Tucker Carlson Tonight” was a close second, with 3.3 million viewers.

• 37% of U.S. adults say their enthusiasm about voting in the midterm elections is “about the same” as it has been in previous years; 37% of Republicans, 34% of independents and 40% of Democrats agree.

• 35% overall say they are “more enthusiastic” about voting in the midterms; 46% of Republicans, 25% of independents and 40% of Democrats agree.

• 12% overall are “not sure” about the level of their enthusiasm;  5% of Republicans, 20% of independents and 7% of Democrats agree.