The Great Days > News > Inside the Beltway: Herschel Walker, Raphael Warnock and the press
News

Inside the Beltway: Herschel Walker, Raphael Warnock and the press 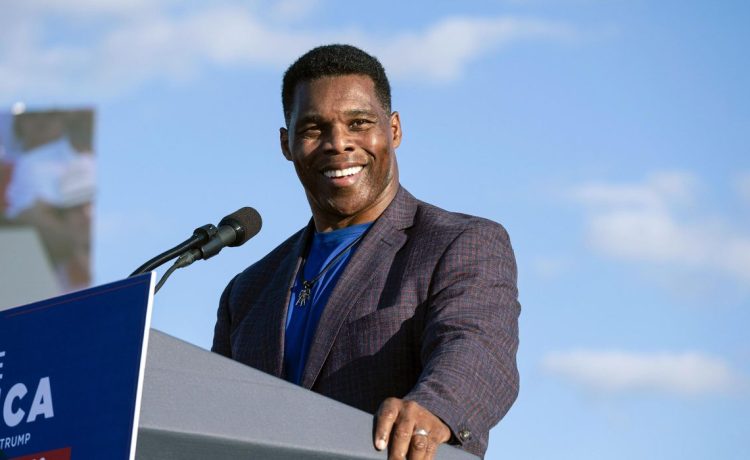 The “progressive pundit class” has shortchanged Herschel Walker, a Republican running for the U.S. Senate seat in Georgia. His opponent — Sen. Raphael Warnock, a Democrat — had a more positive experience. So says a meticulous new analysis from Newsbusters.org.

The conservative press watchdog studied how this political match was presented by major broadcast networks in the months leading up to Election Day and found a distinct partisan bias.

“ABC, CBS and NBC evening newscasts blasted the GOP candidate with 88% negative coverage, while the Democratic incumbent enjoyed 71% positive press. More than half of the coverage (nearly 46 minutes, out of 87 minutes total) consisted of personal allegations against Walker, vs. a mere 11 seconds spent on personal accusations against Warnock,” the study said.

“The networks spent the lion’s share of their airtime focusing on Walker, while Warnock received a free ride. Our analysts looked at all 87 minutes of evening news coverage of the Georgia Senate race from September 1 through November 29. About three-fourths of this coverage (64 minutes, 42 seconds) was spent discussing Walker, vs. 21 minutes, 12 seconds talking about Warnock — a three-to-one disparity,” the research said.

“This lopsided allocation of airtime was not meant as a favor to the Republican. The evening news coverage was chock full of 66 evaluative statements about Herschel Walker, nearly all of which — 88% — were negative. In contrast, Warnock was on the receiving end of just seven evaluative comments, but most of them (71%) were positive,” the study concluded.

It’s never too early to prepare for an election, and political sages are already pushing advice for the Republican Party to heed in 2024.

While there was not much of a “red wave” in the midterm elections, things could improve in the next two years, particularly in the U.S. Senate, some say.

“The right conditions could put Republicans in a position to pick up as many as 11 seats in the upper chamber. Come November 2024, Democrats will be forced to defend a whopping 23 incumbent seats — nearly half of their Senate caucus — including a number of vulnerable Democrats in swing states and traditional Republican strongholds,” says an editorial from the Association of Mature Citizens, a conservative organization.

“Though it of course remains unlikely that Republicans will win every single one of the 11 in-play Senate seats and achieve a filibuster-proof 60-seat Senate majority, the fact remains that 2024 presents Republicans with their greatest chance in years to win a decisive Senate majority that — along with a Republican House and reliably conservative president — could at long last allow the party to enact some of its key policy goals and affect lasting and decisive change on the federal level,” the editorial noted.

Is the GOP up for the challenge?

“Needless to say, the party has its work cut out for it before GOP leaders and operatives can get too confident about their 2024 prospects. This year’s elections showed conservatives that, until they can get serious about finding ways to combat the left’s use of mail-in ballots, drop boxes, and ballot harvesting to rig elections in their favor, they will continue to struggle in key races,” the editorial said.

“But if Republicans play their cards right and use the next two years to ensure they are competing on a level playing field with the left – and are selecting strong candidates – November 5, 2024 could prove to be a decisive day for the American conservative movement. Whether the GOP machine chooses to seize the moment and make the most of this key once-in-a-generation opportunity, however, remains to be seen.”

This catchy word was coined by Dave Seminara, a columnist for the Spectator who visited Dunedin, Fla., the childhood home of Florida Gov. Ron DeSantis, who now has the title of potential presidential hopeful.

Mr. Seminara said he had “no agenda other than to walk in DeSantis’s footsteps,” and he did indeed spend time in the old neighborhood in order to pen his column.

“A couple of visits to DeSantisland and my brief interactions with his family provided a window into a man who, unlike Donald Trump, seems more comfortable talking about policy than himself. Ronald Dion DeSantis grew up in a neighborhood where people are proud to be Americans, living in an unpretentious house that Zillow thinks is now worth about $50,000 less than the current average home price in the United States. DeSantis has spoken often about his childhood memories of playing baseball in Dunedin but rarely mentions the place outside that context,” Mr. Seminara wrote.

“Many politicians boast about their working-class roots. (Remember how often John Edwards told us he was the son of a mill worker?) DeSantis doesn’t have to do this because he’s the real deal,” Mr. Seminara observed.

• 20% of U.S. adults would prefer former President Donald Trump to be the Republican nominee for president in 2024; 18% prefer Florida Gov. Ron DeSantis.