The Great Days > News > Inside the Beltway: Herschel Walker, the press and the Georgia election
News

Inside the Beltway: Herschel Walker, the press and the Georgia election 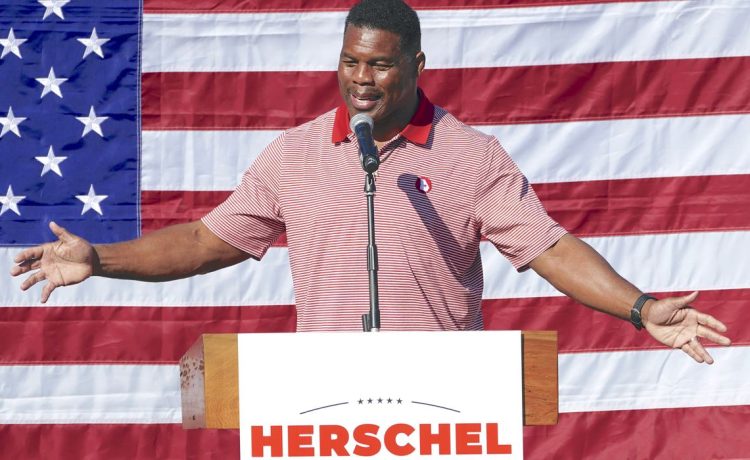 The news media is closely following Herschel Walker’s quest for the U.S. Senate seat in Georgia as voters in the Peach State head for the polls Tuesday. The press has waited for many weeks to witness Mr. Walker’s challenge to incumbent Sen. Raphael Warnock, a Democrat.

Mr. Walker — and the special election itself — has already been subject to interpretation by the news organizations. There’s also much speculation as well. A few headlines of note from the last 24 hours:

There’s not much political harmony out there, a phenomenon which has been festering for years, according to a hefty Pew Research Center poll.

“Americans largely expect the partisan acrimony that has characterized U.S. politics in recent years to continue: Just 8% say they expect relations between Republicans and Democrats in Washington to improve in the next year. About half of U.S. adults (54%) say relations will stay about the same as they are now, while 38% say relations will get worse in the next year. These views are little different from surveys conducted following the 2018 and 2014 midterm elections,” the poll analysis said.

But it doesn’t end there. Americans are also losing confidence in the abilities of their political leadership, meanwhile.

“Most U.S. adults say President Joe Biden (65%) and Republican leaders in Congress (61%) will be unsuccessful getting their agendas enacted in the next two years; only about a third say the president (33%) and GOP leaders (36%) will be successful. The public’s expectation of gridlock in Washington essentially mirrors their views in 2018, when about a third of Americans expected Donald Trump or Democratic leaders in Congress to make progress on their key programs,” the pollster said.

One party is busy with its list, and checking it twice.

“Democrats are in a mad scramble to push through unpopular legislation before the clock strikes midnight on the 117th Congress. The lame-duck session is the period between November’s congressional elections and the convening of the new 118th Congress on Jan. 3,” wrote Jarrett Stepman, a columnist for the Daily Signal, published by the Heritage Foundation.

“With some Republican help, Democrats in the Senate passed the so-called Respect for Marriage Act, which would repeal the 1996 Defense of Marriage Act and orders the federal government to recognize same-sex marriages. But that’s not all,” he said in an analysis.
“The legislation has significant implications for religious freedom. It awaits passage in the House, where Democrats still have a slim majority until the new session. Republicans will hold a similarly narrow majority in the House next year,” Mr. Stepman continued.

“Jamming through controversial legislation through Congress during a lame-duck session is a troubling practice to begin with. It’s becoming increasingly common to bring up more hotly contested legislation that didn’t have a chance of passing when vulnerable legislators had to face an election — and the voters,” he said.

The 1,600-member American Association of Political Consultants has revealed its plans for “Pollies 23,” a major get-together set to take place in a California resort in early spring.

In case you wondered, this nonprofit group consists of political and media consultants, pollsters, campaign managers, corporate public affairs officers, academic professors, fund-raisers, lobbyists, congressional staffers and vendors. And they are ready to get together to talk shop for three days, among a lot of other things.

“Politics is a relationship business. Pollies ‘23 is designed to bring our community together to reconnect and ready ourselves for the new challenges ahead. No other industry event offers the same caliber of speakers, attendees, dining, adventures and fun,” the organization explains in its formal invitation to members.

There are 60 speakers and more than 30 events.

“Not only will you enjoy a great experience, you’ll support the work of the only nonprofit Association working to advance the industry, protect your ability to do business, and safeguard political free speech,” the group noted.

• 35% of New York state residents say their personal finances are “worse off” this holiday season, when compared to last year’s season; 48% of Republicans, 39% of independents and 28% of Democrats agree.

• 37% of New Yorkers say they are “about the same” this holiday season versus last; 32% of Republicans, 38% of independents and 38% of Democrats agree.

• 2% overall are unsure or refused to answer the question; 1% of Republicans, 2% of independents and 1% of Democrats agree.