The Great Days > News > Inside the Beltway: ‘How Biden stole Christmas’
News

Inside the Beltway: ‘How Biden stole Christmas’ 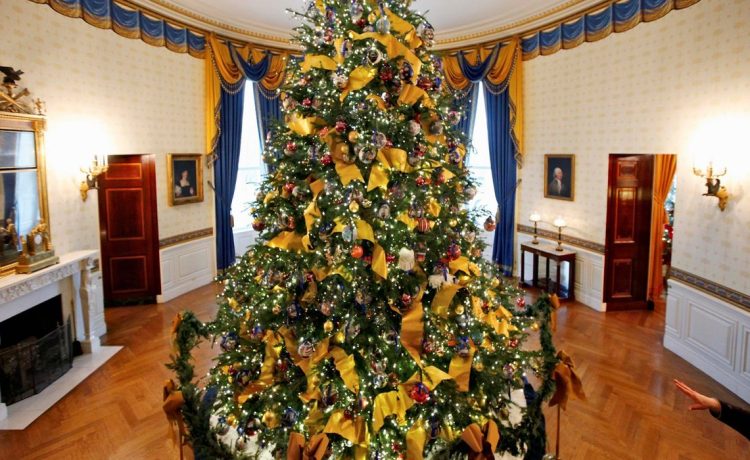 So it wasn’t the Grinch that ran off with one of the nation’s favorite holidays? It was a U.S. president? One analyst believes this is true.

Isabelle Morales, who covers spending and regulatory reform for Americans for Tax Reform, offers much evidence in an essay titled ‘How Biden Stole Christmas: Americans brace for the most expensive Christmas to date.”

“With Christmas quickly approaching, Americans must prepare for a significant surge in holiday costs. Under President Biden’s administration, Americans will pay more for travel, presents, trees, and Christmas dinner than in any previous year. As a result, families are tightening their budgets – Americans are expected to purchase just nine gifts this year, down from 16 last year,” Ms. Morales reports.

She also cited a Bankrate.com survey which found that of the 43% of U.S. adults planning to travel this holiday season, 79% are changing their plans this year due to inflation and rising prices. A separate Bankrate analysis also found that prices are way up on 88% of the staples that typically make up Christmas dinner — bakery products, turkey, meats and sweets.

“Due to high inflation, Americans across the country are being forced to compromise on family traditions and quality time with each other,” Ms. Morales wrote.

Of course, what is most frustrating is that these outcomes were avoidable. The Biden Administration’s “policies are largely to blame for inflation. President Biden has passed bills and executive orders that pay Americans not to work, expand tax credits, pause federal student loan repayments, canceled the Keystone Pipeline, and more,” she said, also citing a “massive tax-and-spend plan” favored by Democratic lawmakers.

“At the expense of Americans’ quality of life and financial security, Democrats have repeatedly pushed harmful tax hikes and wasteful spending. As a result, the American people will be gifted coal this Christmas,” Ms. Morales concluded.

“Inflation is a grinch. Americans are trimming their holiday gift spending,” reported MarketWatch.com.

There was lots of hand wringing and squawking among assorted observers over Sen. Kyrsten Sinema’s decision to leave the Democratic Party and declare that she is an independent.

Meanwhile, there has been a polite round of applause, a few smirks and maybe some schadenfreude among Republicans.

The event, however, has been noisy enough to give the news media something to do. Here’s a selection of pertinent Sinematic headlines from the last 72 hours to mull over:

“Sinema adds intrigue and Democratic fury to Arizona’s 2024 Senate Race’ (The New York Times); “Don’t worry, be a majority: Dems shrug off Sinema’s switch” (Politico); “Why Democrats won’t punish Sinema’s betrayal, at least for now” (Washington Post); “Sinema’s break with the Democratic Party may not help her as much as she’d like” (National Public Radio); “Sinema’s switch to independent complicates Democrats’ 2024 strategy” (Bloomberg); “Kyrsten Sinema’s Party switch might not matter much in Congress — but it could help her win in Arizona” (Time); and “Kyrsten Sinema going independent could also mean going rightward” (MSNBC).

“Perhaps this will be a growing trend of once Democrat senators who claim an ‘independent’ mantle — all while changing nothing but their title,” Mr. Gizzi advised.

Have brilliant minds found an indestructible dream material? Imagine a luxury vehicle — or a U.S. Army tank for that matter — made of this stuff.

“Scientists say they have measured the highest toughness ever recorded, of any material, while investigating a metallic alloy made of chromium, cobalt, and nickel (CrCoNi). Not only is the metal extremely ductile — which, in materials science, means highly malleable — and impressively strong (meaning it resists permanent deformation), its strength and ductility improve as it gets colder. This runs counter to most other materials in existence,” ScienceDaily.com reports in an analysis of the complex findings.

The researchers anticipate the alloy could find use in deep space — where temperatures can reach -455 degrees Fahrenheit. Yes, that is “minus.”

The team is also investigating how alloys made of more abundant and less expensive elements— they point out there is a global shortage of cobalt and nickel due to their demand in the battery industry — could be coaxed into having similar properties,

THE CITIZENRY TO CELEBRATE

An upcoming event of note will grace the city of Alexandria, Virginia, and it’s very much in touch with the fine old days of yore.

The Alexandria Citizens Band — one of the oldest, all-volunteer community bands in the nation — soon will help the town, founded in 1749, celebrate the season.

“The Alexandria Citizens Band is excited to wrap up our 110th year with our 5th annual Holiday Sing-along on Friday, December 16 at 7:30 p.m. This free family-friendly concert has become an Alexandria area holiday tradition,” advises conductor Mike Evans, in a statement to Inside the Beltway.

Their concert takes place at Del Ray United Methodist Church in Alexandria — founded in 1893. Three cheers for all. Find the band at Alexandriacitizensband.org

• 66% of U.S. adults disapprove of the way President Biden is handling inflation.

• 63% disapprove of the way he is handling the U.S. economy.

• 61% disapprove of the way he is handling immigration.

• 60% disapprove of the way he is handling gun policy.

• 54% disapprove of the way he is handling his job as U.S. president.

• 49% disapprove of the way he is handling the war in Ukraine.

• 49% disapprove of the way he is handling “protecting democracy in America.”