The Great Days > News > Inside the Beltway: How to solve the gas crisis
News

Inside the Beltway: How to solve the gas crisis 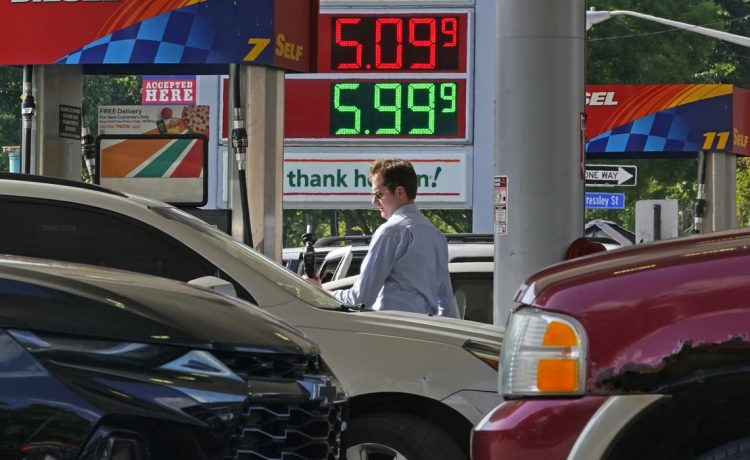 So President Biden will journey to Saudi Arabia in mid-July. Multiple news organizations now speculate that Mr. Biden is seeking ways to reduce the price of gas in the U.S. and the Middle East visit could be one way to do that.

Others disagree, including House Republican Whip Steve Scalise — who is confronting the price of the precious fuel these days just like everyone else. It is, by the way, $5.03 per gallon on average nationwide, and $6.63 in spots like San Luis Obispo, California, according to GasBuddy.com.

But back to Mr. Biden.

He has a clear alternative in mind.

He also issued an invitation.

A revealing Pew Research Center analysis reveals that roughly one-quarter of U.S. adults use Twitter — and a full third of their tweets “are political in nature,” the center said.

“Certain demographic groups are especially active contributors to the overall volume of political content on Twitter, most notably Americans ages 50 and older. This cohort makes up 24% of all U.S. adult Twitter users, but produces 78% of all political tweets from U.S. adults. At the level of the typical (median) user, older adults are also much more likely to tweet about politics than their younger counterparts,” the pollster said in the hefty research released Thursday.

And one more thing. Politicians, government officials and public offices make up only 1% of the total number of Twitter accounts, but they command much interest across the board, the analysis said.

“Political figures make up 20% of the accounts followed by a large number of U.S. adults,” it noted.

Inflation has not taken a toll on Father’s Day.

Consumer spending in preparation for the heartfelt celebration is expected to total $20 billion, on par with last year’s record-setting figure of $20.1 billion, according to the National Retail Federation. The group also found that 76% of U.S. adults expect to celebrate Father’s Day.

And among those to be celebrated, according to the retail organization: fathers, stepfathers, husbands, sons, grandfathers, brothers, godfathers, friends or another relative who is like a father.

“Despite growing concerns about inflation, consumers plan to spend approximately the same amount as last year in celebration of Father’s Day. Spending patterns also reflect the sentimental nature of the holiday as consumers are prioritizing unique and meaningful gifts,” said Matthew Shay, president and CEO of the organization, in a statement.

The fans of fathers plan to spend an average of $171.79 to honor their dad and other important men in their lives, nearly mirroring last year’s expected average spending of $174.10. The survey of 8,297 U.S. adults was conducted May 2-9 and released May 18.

THE HISTORIANS HAVE A SAY

Some appearances of note: The Washington Times’ own Martin DiCaro — host of the twice-weekly “History as it Happens” podcast — will be featured on C-SPAN 2 at 10 a.m. EDT on Saturday, along with guest Catholic University historian Michael Kimmage.

The pair will discuss NATO expansion in Eastern Europe, the rise of Russian President Vladimir Putin, and U.S.-Russia relations since the Cold War. The session will air three more times later that day.

• 55% of U.S. voters say the Republican Party would do the best job dealing with inflation and higher prices; 90% of Republicans, 56% of independents and 17% of Democrats agree.

• 36% of voters overall say the Democratic Party would do the best job; 6% of Republicans, 26% of independents and 72% of Democrats agree.

• 2% overall say the two political parties have equal ability to deal with inflation and higher prices; 1% of Republicans, 5% of independents and 2% of Democrats agree.

• 7% of voters overall don’t know which party would do a better job; 3% of Republicans, 13% of independents and 9% of Democrats agree.

• Happy Father’s Day and thanks for reading Inside the Beltway.