The Great Days > News > Inside the Beltway: Lack of border security turning 2022 into ‘the fentanyl election’
News

Inside the Beltway: Lack of border security turning 2022 into ‘the fentanyl election’ 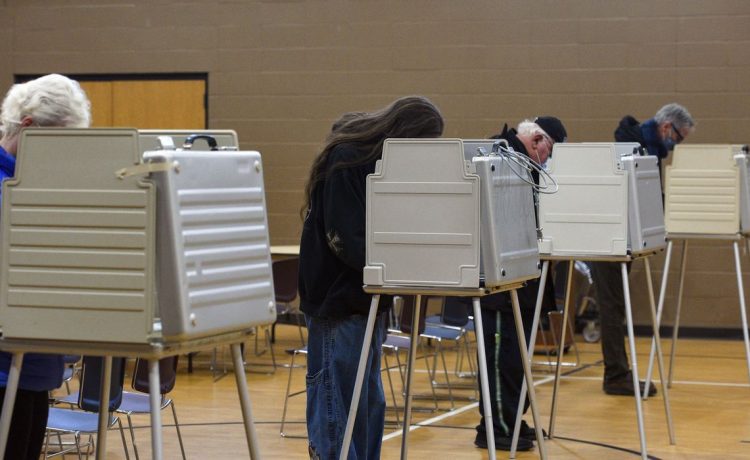 Two seasoned commentators are both citing a public threat that they believe has been enhanced and enabled by the open-border policy favored by many members of the Democratic Party, not to mention the White House.

“Even more than the economy, 2022 is the Fentanyl Election,” wrote columnist Roger L. Simon, who is the co-founder of PJ Media and came to this conclusion during a recent Republican Party event in Tennessee.

“It became clear that the greatest concern of this Republican activist crowd — even more than the rapidly escalating global economic calamity, China and Russia on the march, the recent local child abuse-by-transgenderism scandal at Vanderbilt University Hospital, and the devastating crime wave in our big cities (including Nashville) — was the open southern border with its unprecedented massive illegal immigration leading to even more massive deadly consequences,” Mr. Simon said in his column for the Epoch Times.

Others are also noting this trend.

“The Democrat’s open border policy kills: We lost over 70,000 Americans to fentanyl last year — more than we did in all 20-plus years in Vietnam. How can President Biden and Congressional Democrats defend their position of open border policies? The politics of opposing every policy that Trump implemented is childish, destructive, and naïve,” asked Saul Anuzis, former chairman of the Republican Party of Michigan.

“At some stage, voters across America will react and stop electing these misguided liberal, progressive Democrats that are clearly not your parents’ Democrat party,” Mr. Anuzis wrote in a column for SaulsNews.com, his personal site.

Is it a new trend?

The Texas Department of Public Safety recently stopped a private plane which was  attempting to smuggle 19 illegal immigrants from McAllen, Texas to Houston — a distance of about 350 miles.

The migrants, according to news reports, had previously evaded the U.S. Border Patrol when crossing into the U.S. from Mexico illegally.
The incident “appears to show an emerging trend involving immigration arrests and private aircraft. It’s the third such incident in three weeks,” said KRGV, an ABC affiliate serving the Rio Grande Valley region of South Texas.

That report did not go unnoticed by the Republican Party.

“Smugglers are coming up with new and innovative ways to avoid detection while the Biden Administration won’t properly fund the U.S. Border Patrol to stop them in their tracks and secure the border,” said National Republican Congressional Committee spokeswoman Torunn Sinclair.

A new voter guide attuned to conservative Christian voters is available as the November elections draw ever closer. That would be the iVoterGuide, which offers insight on 12,000 candidates nationwide, and shares practical information about election dates, registration deadlines, and polling locations.

The motto here is “Grounded in God. Rooted in research.”

The focus is to ensure that voters are aware of which candidates uphold their values, a mission statement advised.

“iVoterGuide is a one-stop resource for candidate ratings and election information. iVoterGuide is known for its accuracy and integrity in researching and evaluating candidates and equipping Christians to vote wisely and be good stewards of their citizenship,” the statement noted.

The American Family Association Action is the primary organizational force for the outreach, found at iVoterGuide.com.

Former White House press secretary Jen Psaki is now a contributor to NBC News — and told her new network Sunday during an appearance on “Meet the Press” that if the upcoming midterm elections are a referendum on President Biden, then the Democrats “will lose.”

The Republican National Committee is pondering this idea.

“Why will the Democrats lose? For many reasons, but one of the main ones is that Americans have lost a ton of money. Under Biden, the 401(k)s of tens of millions of Americans have been devastated. ‘Bidenflation’ has led to a real decrease in Social Security benefits as inflation massively outpaces the cost of living adjustment,” wrote Tommy Pigott, rapid response director for the Republican National Committee, in an analysis released Monday.

“Public pension funds have lost tens of billions. The average American has $11,000 less in savings than last year. Real wages have fallen at the fastest pace in 40 years. Americans’ real disposable income is lower than when Biden took office,” he continued.

“Americans have paid over $1,800 more on average because of increased energy costs since Biden took office. 54% say their financial situation is actively ‘getting worse.’ Americans are going to reject Biden and Democrats because their policies have actively made the American people poorer. The return on investment on Joe Biden could hardly get any worse,” Mr. Pigott said.

His sources, by the way, include media reports from CNN; current financial statistics and trends from the U.S. Labor Department, NorthwesternMutual.com, the Federal Bank of St. Louis and the Joint Economic Committee; and a Harvard University CAPS/Harris poll.

A treat for the walking public as the crisp autumnal days arrive? Hikers Brew is a new coffee ideal for “your next adventure,” according to the maker.

Available in six varieties, this coffee comes in small multi-use, portable and conveniently compostable packages to tuck in hiking pack or camp kit. Among the flavors: Mile Marker medium roast, a chocolate-tinged Some Mores variety, and Hazy Hiker, which offer a whiff of hazelnut. Find these specialty coffees at HikersBrewCoffee.com.

• 15% of U.S. adults describe their political viewpoint on economic issues as “very conservative.”

• 22% describe their viewpoint as “conservative.”

• 12% are not sure what their political viewpoint is when it comes to economic issues.