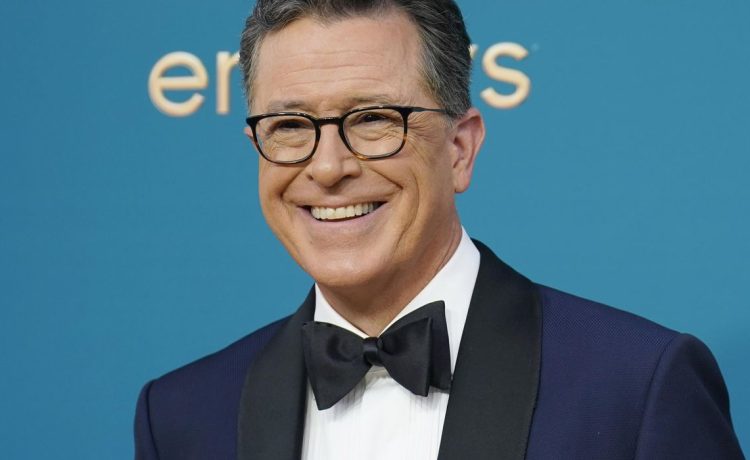 Here are some eye-opening numbers for those readers who wonder about the typical political leanings of late night hosts. Are they liberal? Yes, they are very, very liberal, according to some meticulous research released Monday by Newsbusters.org, a conservative press watchdog.

“The late-night comedy scene has been reliably liberal for a long time, but the 2022 midterm election was a regular messaging machine for the Democrats,” broadcast analyst Alex Christy wrote.

The study revealed that during the fall political campaign — a period stretching from Labor Day through the Monday night before Election Day — liberal guests outnumbered conservative guests 47 to 0 on the late night shows.

That’s right. Those guests were 100% “liberal and/or Democrat,” the analysis found.

The Fox News Channel’s late-night offering — “Gutfeld!” — was not included in the study.

Find the list of shows, a roster of the guests and the methodology used in the unique research at Newsbusters.org.

THREE PRESIDENTS IN A ROW

Former President Donald Trump will likely reveal his intentions for 2024 on Tuesday evening, according to multiple press reports which all ask the same question: Will he run for the White House once again or not?

Inquiring minds want to know. Mr. Trump’s fans, his foes, the news media, and political rivals will all pay heed to his decision when it surfaces.

Two other former presidents — George W. Bush and Barack Obama — have some big public plans too, and soon.

“The Struggle for Freedom will gather activists, experts, and leaders to offer recommendations on ways to advance freedom and democracy. Topics to be examined include the authoritarian threat, the impact of emerging technologies, how the United States can help support democracy and human rights abroad, and sports and human rights,” the host foundation said in a statement.

“The Obama Foundation in partnership with Columbia University and the University of Chicago will host a global convening focused on the ideas that are essential to our democracy,” the foundation notes in a public message.

Well, at least former President Trump’s much ballyhooed “announcement” on Tuesday will give the media plenty to talk about. News organizations have been loaded with predictions and speculation for weeks about what Mr. Trump will say.

He revealed his intent to deliver the blockbuster statement during a campaign rally on Nov. 7 in Ohio for Senate hopeful J.D. Vance. The crowd, of course, cheered with gusto.

Meanwhile, here’s just a few headlines from the last 72 hours:

“How a 2024 announcement would immediately impact Trump and whether it would clear the GOP field; Trump announcing a 2024 campaign would have immediate effect on his political fundraising and even lawsuits,” noted Fox News in a double headline.

“Trump challengers should be ‘ready for war,’ and expect him to come out ‘swinging’ in anticipated 2024 announcement” (Business Insider); “Trump plows forward, GOP critics be damned” (Politico); “Trump is going to announce 2024 presidential run on Tuesday, former senior adviser says” (Yahoo News); “Don’t be fooled; Trump’s hold on the GOP is stronger than ever” (The New York Times); and “GOP worries Trump 2024 announcement will backfire” (The Hill).

SCOTT WALKER HAS A SAY

Former Wisconsin Gov. Scott Walker has offered a summary of practical ways to improve U.S. elections in the wake of the midterm election.

“Elections should be held on one day. Photo ID should be required. Ballots should be cast in person with exceptions only for military and homebound. Results should be known on the night of the election,” the onetime Republican presidential hopeful noted in a tweet Sunday.

Mr. Walker served as the 45th governor of the Badger State from 2011 to 2019 and ran for the 2016 Republican presidential nomination.

• 23% of U.S. adults say the outcome of the midterm election will make them more likely to vote for a Republican candidate in the 2024 presidential election; 51% of Republicans, 15% of independents and 8% of Democrats agree.

• 21% overall say the outcome will make them more likely to vote for a Democratic candidate in 2024; 5% of Republicans, 12% of independents and 46% of Democrats agree.