The Great Days > News > Inside the Beltway: Media obsesses over ‘red wave’
News

Inside the Beltway: Media obsesses over ‘red wave’ 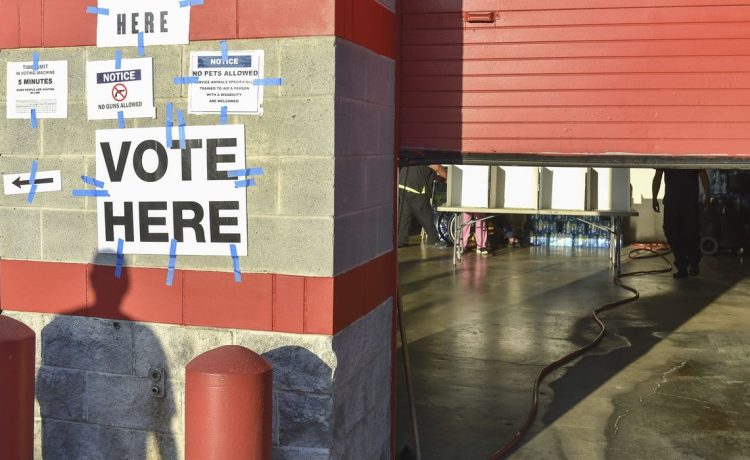 The news media has displayed its frisky side as midterm election results rolled in. “Red wave” — symbolizing the initial prediction that Republicans would emerge as victors in the big bout — was the basis for many sarcastic — well, better make that creative — headlines.

Here are a few samples from the dozens of red wave-centric headlines which emerged in the last 24 hours, some from overseas sources:

“The red wave was more of a pink splash” (Time); “The red splish-splash” (National Review); “The red wave never crested” (Vogue); “The vaunted red wave never hit the shore” (The Washington Post); “Democrats stave off ‘red wave’ in midterm elections as vote count continues” (CBS News); ”Americans take a stand for decency as the GOP red wave turns to dust, surprising all of us” (USA Today); “The red wave that wasn’t” (The Guardian and Politico); Red wave runs into blue wall as Republicans fall short of poll predictions (The Times of India);  “Republican ‘red wave’ looking more like a ripple” (BBC); “What happened to the red wave?” (Vox); Conservative politicians, commentators bemoan lack of GOP red wave and blame Trump” (The Boston Globe).

The lawyers have a say

They have much on their minds.

The Federalist Society’s annual National Lawyers Convention gets underway on Thursday in the nation’s capital. The theme of the three-day event is “the current state of the legal profession,” a topic to be addressed in four major presentations along with 18 additional sessions and debates —  including the Annual Hon. Robert H. Bork Memorial Lecture.

The big doings will be topped off with the inimitable and sold-out “Antonin Scalia Memorial Dinner” — staged in one of the grandest event spaces of all, not too far from the U.S. Capitol.

Curious about the topics of interest and discussion?

Among the many events and subjects that await the barristers: “The Legal Profession and Constitutional Culture,” “Navigating Business Challenges in Red and Blue States,” and “Regulatory Elephants in Statutory Mouse Holes?”

The 60,000-member organization itself was founded in 1982, and notes that its membership population is home to both conservatives and libertarians.

“We are committed to the principles that the state exists to preserve freedom, that the separation of governmental powers is central to our Constitution, and that it is emphatically the province and duty of the judiciary to say what the law is, not what it should be,” the organization says in a background statement.

Visit the Federalist Society at FedSoc.org.

One observer has a handy new nickname for this phenomenon.

“The coverage, of course, is not over. Votes are still being counted. As expected, Election Day will turn into Election Week,” writes Tom Jones, senior media writer for Poynter.org, a media analysis site.

In the wake of the midterm elections, Susan B. Anthony Pro-Life America has a very clear message for both the Republican Party and Republicans seeking office.

“GOP pro-life candidates win in competitive races if they define their opponents as abortion extremists who support abortion on demand with NO limits, and contrast that with a clearly defined pro-life position centered around consensus such as pain-capable or heartbeat limits,” the organization said in a written statement shared with Inside the Beltway.

“As we head into the 2024 presidential cycle, we have a clear message for GOP presidential hopefuls. The 2024 election has to be about the GOP going on offense: exposing President Biden and the Democrats as the true extremists who don’t support any limits on abortion and contrasting it with a strong GOP pro-life agenda centered on national minimum protections for the unborn child and mothers either at the point in which they feel pain or when their heartbeat can be detected,” the organization said in a written statement shared with Inside the Beltway.

“GOP primary candidates may have different views on what is achievable, and we welcome that debate — and even more so welcome the debate in the general election setting,” the group said.

In addition, Fox News Digital properties — that would be Fox Nation, Facebook, and YouTube — had a record-breaking number of visits, generating 9 million livestream views. These numbers originate with Adobe Analytics, YouTube Analytics, and CrowdTangle — all industry sources.

There also is a little something to learn about the audience.

“According to data from Nielsen MRI Fusion, Fox News is also home to the most politically diverse audience in all of cable news with more Democrats, independents and Republicans watching than found on CNN or MSNBC in day or primetime,” the network said in a statement shared with the Beltway.

73% of U.S. consumers are prepared to buy “value brands” over “name brands” during holiday shopping due to inflation.

72% of consumers say they need to shop for fewer people because of inflation.

70% say that economic impacts are limiting their ability to buy holiday gifts this year.

59% are shopping earlier than in previous years because of rising prices.

55% say they are less likely to buy a luxury or big-ticket item this year.