The Great Days > News > Inside the Beltway: NATO air forces’ nuclear deterrence drills take off as Russia to begin its own
News

Inside the Beltway: NATO air forces’ nuclear deterrence drills take off as Russia to begin its own 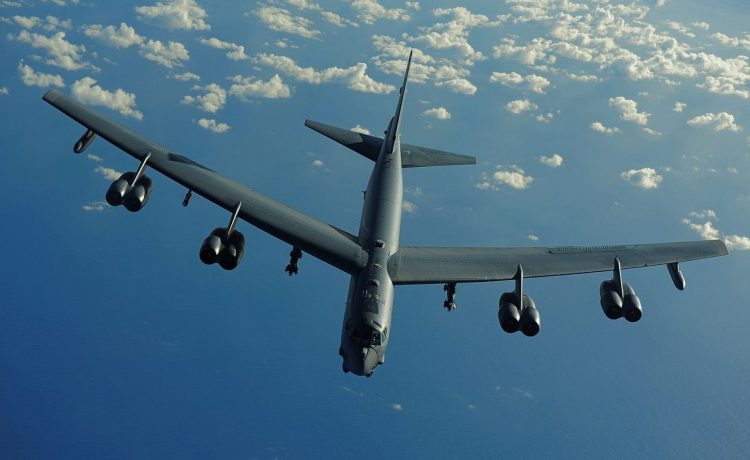 “Air forces from across NATO will exercise nuclear deterrence capabilities involving dozens of aircraft over northwestern Europe starting on Monday. The exercise, which runs until October 30, is a routine, recurring training activity and it is not linked to any current world event,” NATO said in a statement outlining the plans.

The exercise is titled “Steadfast Noon” and involves a dozen countries and some 60 aircraft of various types — “including fourth and fifth generation fighter jets, as well as surveillance and tanker aircraft,” NATO said.

Ever-faithful and durable B-52 long-range bombers also will take be a part for the exercise — courtesy of Minot Air Force Base in North Dakota.

Training flights will take place over Belgium, which is hosting the exercise, as well as over the North Sea and Britain. No live weapons are used.

“Steadfast Noon” could coincide with Russia’s “Grom” — that nation’s name for a similar annual drill that puts nuclear-capable aircraft, submarines and missiles through their paces.

“With Russia expected to soon carry out large-scale drills of its nuclear forces as President Vladimir Putin threatens to use them, the United States and its allies will be challenged to ensure they can spot the difference between exercises and the real thing,” wrote Phil Stewart, a Reuters analyst.

The power of independents

The Republic Party may have reason to be optimistic about the midterm elections.

Sen. Charles E. Grassley’s lead over Democratic challenger Mike Franken has narrowed to 3 percentage points with less than a month until Election Day. It’s the senior Iowa Republican senator’s “toughest reelection fight in 40 years,” according to the Des Moines Register.

The news organization conducted a poll to reveal that Mr. Grassley leads with 46% support among likely voters, Mr. Franken has support from 43%. Another 4% would vote for someone else, 4% don’t plan to vote and 3% are not sure in the survey of 804 Iowa adults conducted Oct. 9-12.

“The numbers suggest a contest closer than any Grassley has faced since he defeated a Democratic incumbent by 8 percentage points to win his first election to the Senate in 1980,” the Register noted.

Mark Johanns, a Dubuque resident, continues to back Mr. Grassley.

“I think he still represents Iowa. He works tirelessly. He has been around each county this year. I’d see him down at the Iowa State football games. And for a man of his age and character, he carries it off like he’s 30 years old,”  Mr. Johanns told The Register.

So how are things in the nation’s institutes of higher learning these days?

“Democrats outnumber Republicans 98 to 1 according to an analysis of professors’ political affiliations across six humanities departments at Cornell University. The archaeology department sits alone in hosting a Republican professor. The gender studies department, along with the philosophy, sociology, government and literature of English departments, all contained zero registered Republicans,” reports The College Fix, a student-written news organization.

“This is one of the many investigative reports published by The Fix in recent weeks about the political affiliation of professors. The survey of the University of Georgia found Democratic professors outnumbered Republican ones by a ratio of about 10 to 1, and the survey of University of North Carolina at Chapel Hill found Democratic professors outnumbered Republicans by a ratio of about 16 to 1,” the report noted.

• 47% of registered U.S. voters expect that the U.S. economy will be “in recession” in the next year; 69% of Republicans, 53% of independents and 22% and Democrats agree.

• 24% of voters overall say the economy will be “slowing but not in recession”; 17% of Republicans, 23% of independents and 30% and Democrats agree.

• 15% of voters overall say the economy will be “holding steady”; 6% of Republicans, 12 of independents and 27% and Democrats agree.

• 11% of voters overall say the economy will be “growing but not booming”; 6% of Republicans, 10% of independents and 17% and Democrats agree.

• 3% of voters overall say the economy will be “booming”; 2% of Republicans, 2% of independents and 4% and Democrats agree.