The Great Days > News > Inside the Beltway: ‘Never Give an Inch’ book gives Mike Pompeo a say
News

Inside the Beltway: ‘Never Give an Inch’ book gives Mike Pompeo a say 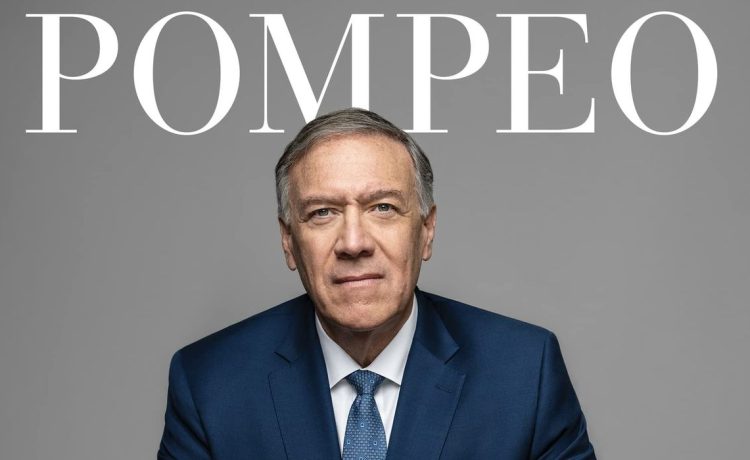 Former Secretary of State and CIA director Mike Pompeo has had a multitude of noteworthy experiences. He graduated first in his class at West Point, served as a cavalry officer in the U.S. Army, graduated from Harvard Law School, excelled in the business world, represented Kansas in the U.S. House, and is, at the moment, a distinguished fellow at the Hudson Institute.

Add “author” to that resume.

Mr. Pompeo has penned a new book titled “Never Give an Inch: Fighting for the America I Love,” which was released Tuesday by Broadside Books and was ranked No. 4 on both the Amazon and Barnes & Noble bestseller’s lists within hours.

The author still has a clear calling to stand up for the nation.

He is generous with details and evocative descriptions of his many callings. The book offers much insight on policy — both domestic and foreign — as well as references to Mr. Pompeo’s faith, citations from the Bible, details of his time in the Trump administration, plus thoughtful analysis of overseas threats and the productive role of personal clarity and determination in a very complex world.

Mr. Pompeo also has a few things to say about the Biden administration, and shares his assorted experiences with the news media — naming one section of his book “Denying the press my scalp.”

He has not lost his sense of humor, or his calling to uphold America with time-honored tactics.

“Prioritizing the right agenda items will be the key to maintaining American primacy in the 21st century,” he wrote.

“The way forward is to hold on to our values, honor the will of the people, and never give an inch,” Mr. Pompeo said.

There remains a personal calling as well. “On the things that mattered most, I never gave an inch. I’d do it all over again with no second thoughts. And I may,” the author vowed.

Does that phrasing signal a possible run for president in 2024? Stay tuned.

The book was published by Broadside Books, the conservative imprint of HarperCollins Publishers.

Numbers offer some telling insight into the scope of the immigration issue.

“The question U.S. leaders should be able to answer regardless of their politics: How many more people from Latin America could be coming to the southern U.S. border?” he asked.

Mr. Clifton applied the math on the question.

“Roughly 466 million adults live in the countries that make up Latin America and the Caribbean. Gallup has interviewed residents in these countries each year for the past 16 years, asking adults if they would like to move to another country permanently if they could,” he wrote

“Of those who want to leave their country permanently, 33% — or 46 million — said they want to move to the United States,” Mr. Cliifton said.

“Seekers of citizenship or asylum are watching to determine exactly when and how is the best time to make their move. What exactly is U.S. leadership’s message to them? 300-plus million U.S. citizens are wondering. So are 46 million Latin Americans,” he concluded.

The price of eggs in the U.S. has become well, a hot topic — particularly after the Bureau of Labor Statistics’ Consumer Price Index revealed that large, grade-A eggs cost $4.25 a dozen in December on average — a 138% increase from $1.79 a year earlier, this according to a handy report from CNBC.

Meanwhile, Farm Action, a nonprofit organization, asked the Federal Trade Commission to investigate the price increase in an open letter dated Jan. 19, suggesting “price gouging” and “collusion” are in the mix.

The press has noticed. A few headlines of note from the last 24 hours:

“As egg prices soar, so do attempts to bring them across the US-Mexico border” (CNN); “Sen. Jack Reed asks FTC to investigate possible price gouging of eggs” (Axios); “Yes, Black Market eggs are a thing right now” (The Takeout); “Why are eggs so expensive right now?” (Bloomberg News); “Egg prices rose 59% in 2022 — and one group accuses egg suppliers of foul play” (Forbes); and “The pot chickens: Eggs are so pricey, Coloradans are bypassing the dairy aisle and buying backyard birds” (The Denver Post).

During the week of Jan. 16-22, Fox News aired 92 of the top 100 cable news telecasts, drawing an average of 2 million primetime viewers.

• 57% of U.S. adults say ensuring that all Americans have health care is a federal government responsibility; 88% of Democrats, 59% of independents and 28% of Republicans agree.

• 40% overall say ensuring health care is not a federal government responsibility; 10% of Democrats, 39% of independents and 71% of Republicans agree.

• 53% overall would prefer a health system based on private insurance; 26% of Democrats, 50% of independents and 83% of Republicans agree.