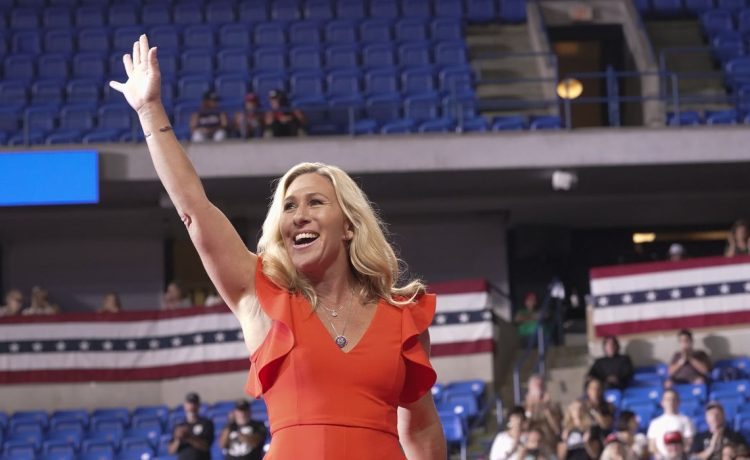 This is truly a grand old party. In keeping with the season, the New York Young Republicans will host a bodacious get-together this weekend at an undisclosed location in Manhattan.

“We will hold our 110th Annual Gala, just as we have done through every major world event, including both World Wars and COVID-19, since our founding,” the organization — incorporated in 1911 — advises Inside the Beltway in a statement.

Dinner guests will hear from high-profile national speakers, mingle with special guests, and “discuss opportunities for the advancement of our mission,” the organizers say.

Its substantial mission statement — in place for over 70 years — is to “promote and maintain the principles of the Republican Party” and “to resist and expose political corruption,” among many other things.

Arriving next month from Regnery Publishing: “In Defense of the Second Amendment” by Larry Correia.

“Bringing with him the practical experience that comes from having owned a high-end gun store — catering largely to law enforcement, and as a competitive shooter and self-defense trainer, the author blasts apart the emotion-laden, logic-free rhetoric of the gun control fanatics who turn every ‘mass shooting’ into a crazed call for violating your rights, abusing the Constitution — and doing absolutely nothing to really fight crime,” the publisher says in advance notes.

Mr. Correia also deploys “logic, reason, and Constitutional backing in this urgent and vitally important guide to the 2nd amendment.”

Among his main points, according to Regnery: Why “gun-free” zones are more dangerous for law-abiding citizens and “red flag” laws don’t work; and how the Second Amendment “does indeed include your right to own an AR-15.”

ALE TO THE CHIEFS

It is one of the more unique competitions on Capitol Hill. That would be the annual “Hill Staff Home-brew Competition,” which does indeed feature eligible congressional legislative staff and federal employees who brew their own beer and enjoy a little competition.

The winners of this unique beer bout have been revealed by Julia Herz, executive director of the American Homebrewers Association. “It’s exciting to see the Capitol Hill community embrace the ingredients of bipartisanship, beer, and friendly competition,” Ms. Herz said in a statement to Inside the Beltway.

So without further ado, here are the awards and the winners — along with the lawmakers they work for:

ONE FOR THE CRECHE

Catholic League president Bill Donohue reveals that a tried, true and traditional Christmas greeting has a place in the Big Apple.

“The Catholic League has erected a life-size nativity scene in Central Park, on a piece of public property in front of the Plaza Hotel, between 58th and 59th Street on 5th Avenue. We received a permit from the New York City Parks Department, as we have for decades,” Mr. Donohue said in a statement to Inside the Beltway.

“There are no Santa Clauses, reindeers, Jack Frosts, or any other secular symbols surrounding our religious display. We don’t need to have them. Why? Because Central Park is a public forum, a place that is open to all ideas, concerts, artistic exhibitions, and the like. So the government cannot stop us from erecting our crèche,” Mr. Donohue observed.

“The difference there is that it could be argued that the proximity of the religious symbols near a municipal entity might be interpreted as government sanction of religion. That argument cannot reasonably be made if the land is a public forum. Practicing Christians, Jews, and others, need to understand the difference so as to avoid unnecessary problems,” Mr. Donohue said.

• 68% of U.S. adults agree that “there is more common ground among the American people than the news media and political leaders portray.”

• 67% agree that “people are always capable of changing for the better.”

• 66% agree that “politicians should put aside their differences and compromise.”

• 56% agree that “most people are trying to do the right thing.”

• 55% agree “it isn’t difficult to be friends with someone whose political views are different from their own.”

• 52% agree that “our society has a responsibility to take care of people in need.”

• 51% agree that “our country would be stronger if people would respect authority and follow rules.”