Inside the Beltway: OSS Society meeting delivers most notable toast to America 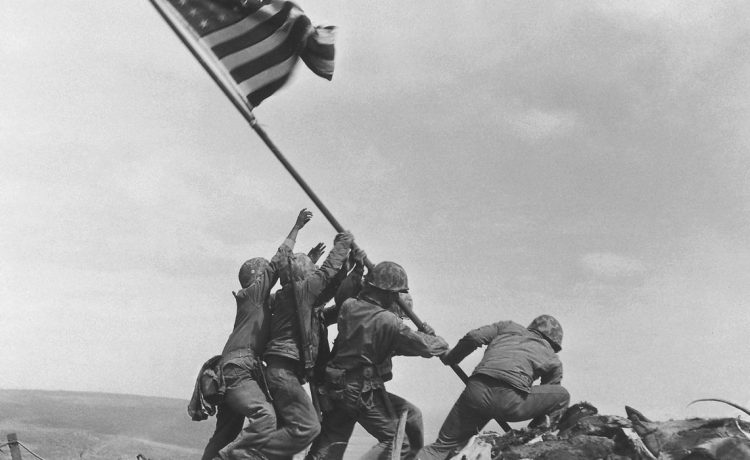 Let’s take a moment to consider this toast delivered at a recent gathering hosted by the OSS Society — which honors the mighty and innovative Office of Strategic Services, the World War II-era predecessor to the CIA.

The much appreciated toast was delivered to the 600-member audience by David Cohen, a 35-year veteran of the CIA and former deputy commissioner for intelligence for the New York City Police Department who now serves as senior advisor to Starr Holdings.

“This is to you, America,” Mr. Cohen called out.

“You were birthed in the heat of revolution, from the Battle of Bunker Hill to the bitter winter quarters of Valley Forge — and finally victorious at Yorktown. You became a nation on battlefields from Shiloh to Vicksburg to Gettysburg, and showed amazing grace at Appomattox Court House,” Mr. Cohen said.

“You matured in World War I, leaving behind on the battlefields of Belleau Wood, Flanders Fields and others nearly 120,000 Americans — who would otherwise be farmers, haberdashers or factory workers. Your blood flowed at Normandy and Bastogne, in the air and at sea, at Guadalcanal, Iwo Jima and Okinawa. You opened the gates of Nazi extermination camps, then uplifted your former enemies with your treasures and values,” Mr. Cohen continued.

“You gained victory against the insatiable Soviet evil empire in a nearly 50-year war, with titanic battles stretching from Korea’s frigid Chosin Reservoir to the steamy jungles of Vietnam — through the Berlin Airlift and the Cuban Missile Crisis. And you closed the Fulda Gap with your troops and tanks,” he said.

“You freed Kuwait, saw bravery in Fallujah and shed blood yet again in Khost and Afghanistan — and you brought justice to Saddam Hussein, Osama bin Laden, Iran’s Qassim Soleimani, Abu Bakr al-Baghdadi and now Ayman Al-Zawahiri. And while achieving all of this, America — along the way, lest we forget — you found the cure for polio, put a man on the moon, invented baseball — and of course, rock ‘n’ roll. America: Never, never become weary, because your greatest achievements are yet to be witnessed,” Mr. Cohen concluded.

“Now please stand and raise your glass in toast to America,” he told his audience.

The Old Farmer’s Almanac, which has been published since 1792, has issued its official weather prediction for Election Day. And here it is:

“For the U.S. midterm elections coming up on November 8, we’re expecting to see a mixed bag of conditions across the nation. Some will wake to snow, some to rain, and some to a dry, sunny day.”

“We’re predicting favorable voting weather across much of the eastern United States, with a mix of sun and clouds and an autumn chill in the air throughout the region. Snow will threaten in the Northeast, but as we move south and west from there, the weather looks to be more pleasant for those waiting in line to vote, although it will be cold,” the publication said.

“Farther west, temperatures will be mild, with some showers from the Great Lakes through the Ohio and Tennessee valleys and into the Deep South. Showers will also threaten parts of the Southeast, but Florida will remain as sunny as ever. Across the western half of the country, the weather will be mild, with quite a bit of sunshine from the Rockies to the West Coast — although some storminess could mean a wet journey to the polls in the Pacific Northwest,” the almanac continued.

“It will be a cold Election Day across Alaska, with some snow showers around. Hawaii, on the other hand, will be mild with a few showers on hand. We hope that voting goes smoothly across the country, despite any wild weather that gets thrown our way,” it advised.

EYE OF THE BEHOLDER

This finding won’t help the Democrats’ cause too much. A new Convention of States Action / Trafalgar Group poll finds that 59% of voters who plan to vote in the upcoming midterm elections believe that the U.S. economy will suffer if Democrats retain control of Congress.

“The data is clear. The American people are keenly aware that progressive policies spell disaster for the economy,” said Mark Meckler, president of Convention of States.

“The voters are seeing the consequences in real time, with reckless White House spending bills such as the poorly named ‘Inflation Reduction Act’ as well as the Biden administration’s hostile policies against American energy rearing their ugly heads. If this continues, how much worse could it get?” Mr. Meckler asked.

On Wednesday, for example, the public affairs network will showcase live governor’s debates in New Hampshire and South Carolina along with gubernatorial bouts from Tuesday in Colorado and New York. Thursday programming will focus on events in Illinois, North Dakota and Alaska.

The network deems this coverage an “unfiltered view of politics.” Now isn’t that refreshing?

Find the debate particulars and other “Campaign 2022” coverage at C-span.org/campaign.

During the week of Oct. 17–23, Fox News secured 86 of the top 100 weekly cable news telecasts and also continued its run as the top cable news network for the 88th consecutive week with 2.3 million primetime viewers.

“The Five” enjoyed the biggest audience of all with an average nightly audience of 3.4 million.

And another victory of note: “Sunday Night in America with Trey Gowdy” delivered 1,4 million viewers and continues to dominate CNN’s “Who’s Talking to Chris Wallace?” and its audience of 410,000.

• 55% of U.S. adults report they are “behind on their retirement savings.”

• 54% cite inflation as the reason why they can’t save more for retirement.

SOURCE: A Bankrate survey of 2,312 U.S. adults conducted Sept. 21-23 and released Tuesday. Respondents could offer more than one reason in the survey.