The Great Days > News > Inside the Beltway: Partisan hostility intensifies, according to Pew poll
News

Inside the Beltway: Partisan hostility intensifies, according to Pew poll 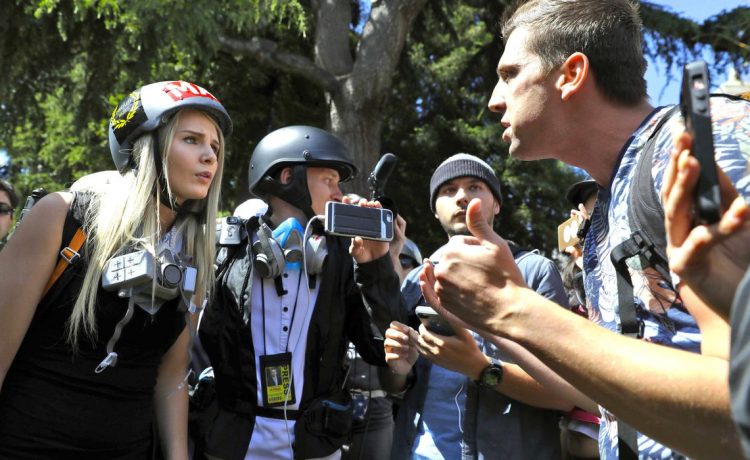 Have you noticed? The genuine bad feelings between Republicans and Democrats appear to be intensifying. Yes, here’s a poll, and the findings are alarming.

“Clear majorities of both Republicans and Democrats have long viewed the other party negatively, but the shares saying their opinions are very unfavorable in recent years is considerably higher today than it was in prior decades,” says the Pew Research Center in a wide-ranging analysis which tracked the trajectory of what the pollster deemed “partisan hostility.”

“Deep partisan dislike of the ‘other side’ in politics remains substantially higher than it was even a decade ago,” the pollster advised in the report.

“Across Pew Research Center surveys conducted this year, 62% of Republicans and 54% of Democrats say they hold very unfavorable views of the other party,” the report said.

The acrimony is even present among those who merely lean towards one party or the other.

The findings are based on a survey of 6,174 U.S. adults conducted June 27-July 4 and released Tuesday.

This handy term comes from Torunn Sinclair, spokeswoman for the National Republican Congressional Committee, who is looking askance at the U.S. House.

“House Speaker Nancy Pelosi has announced a future vote to fund an IRS army — but not law enforcement,” Ms. Sinclair said in a statement shared with Inside the Beltway.

“It’s a perfect example of Democrats’ priorities: Democrats plan this week to vote on hiring an army of IRS agents to audit middle-class taxpayers. But Ms. Pelosi has announced they won’t vote on law enforcement funding. Vulnerable House Democrats are prioritizing raising taxes and funding the IRS over funding law enforcement. They’re going to lose in November,” Ms. Sinclair predicted.

Americans for Tax Reform, meanwhile, is taking a peek at the particulars.

“The IRS has 4,600 guns and five million rounds of ammunition according to a report from OpenTheBooks published in 2020. With Democrats on the verge of passing $80 billion in additional funding to facilitate the hiring of 87,000 new agents, how much will this arsenal grow?” the taxpayer-advocacy group asked.

“In the one year since Kabul fell to the Taliban and the United States haphazardly withdrew from Afghanistan, we still don’t have full answers as to how the Biden Administration failed to see it coming and did not have an effective plan in place to evacuate American citizens and Afghan partners,” says Sen. James Risch of Idaho, the ranking Republican on the Senate Foreign Relations Committee.

The first anniversary of the collapse is Monday.

“In order to prevent a similar catastrophe from happening again, it’s imperative the Biden Administration seriously investigates what went wrong and learns from those mistakes,” Mr. Risch continued.

“The fact that it’s been a year and we have yet to see any comprehensive reports or policy corrections is not only concerning, but unacceptable,” he said in a statement shared with Inside the Beltway.

The nation’s institutions of higher learning continue to offer courses that perhaps don’t conform to the academic rigors of yore.

“The courses and projects of the Puppet Arts Program are designed to imbue the students with the history and theories of Puppetry, to give them practice in multiple performance expressions and to give them experience with a variety of tools and materials. In addition to Puppet Arts courses, students are guided to take movement classes, fabric manipulation classes, design classes, drawing classes, rendering classes and stop motion classes,” the university advised in a course description.

For sale: Stone farmhouse built in 1860 on five acres in Quakertown, Pennsylvania. Two bedrooms, two baths, completely restored inside and out; 1,763 square feet. Original chestnut and “pumpkin” pine floors, ceiling with beams, two fireplaces, exposed interior stone walls, new custom kitchen with stainless-steel farm sink, dining and living rooms. The property includes Dimple Creek, and is described as “a perfect weekend home for those trying to escape the city.” Priced at $685,000 through Kurfiss.com; enter GX26C6 in the search function.