The Great Days > News > Inside the Beltway: ‘Pastors for Trump’ arrives for 2024 campaign
News

Inside the Beltway: ‘Pastors for Trump’ arrives for 2024 campaign 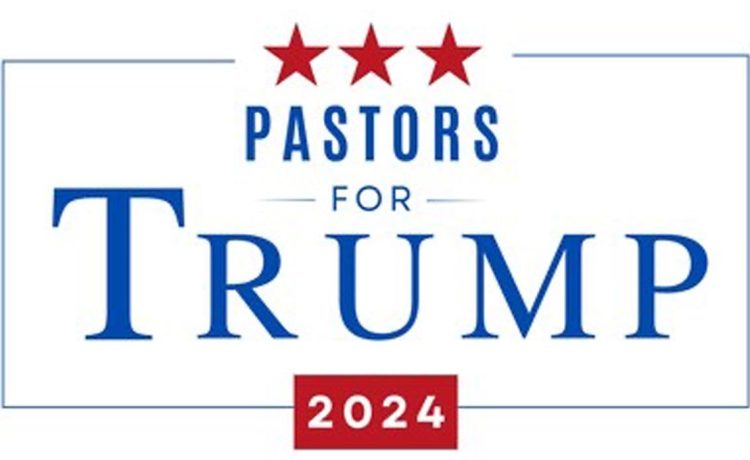 Some have not given up the political future of former President Donald Trump. Pastors for Trump has arrived, founded by Jackson Lahmeyer, lead pastor for Sheridan Church in Tulsa and a former candidate for U.S. senator in Oklahoma. He has a very specific mission.

“President Trump made it clear during his 2016 campaign for president of the United States that he was committed to bringing Christian leaders into the fold. During his historic first term, he proved that he would deliver on the promises he made. Heading into 2024, it is more important now than ever to reaffirm the strength of the Christian faith and our willingness to support President Trump in his fight to return to the Oval Office,” Mr. Lahmeyer said in a written statement.

He says he created the new coalition “to help recognize the efforts of millions of Christians across the United States in the political process and to provide a way to advocate for issues central to the faithful including the importance of life, marriage, freedom of speech, and personal responsibility.”

Mr. Lahmeyer has company, noting that a coalition of pastors in all 50 states now recognize the importance of addressing such concerns.

“As the spiritual leaders of our nation, we are committed to pray for Donald J. Trump,” advises a mission statement at the group’s website.

“During President Trump’s first term, it was very clear that he intended to give pastors and Christian leaders a ‘seat at the table.’ There has been no president in our lifetime who has been as welcoming to Christian leaders as Donald Trump,” the statement said.

“Our aim is to continue to build the relationship between Christian leaders and President Trump during his bid for the presidency,” it advised

The board of directors for Pastor for Trump includes Craig Hagan, co-pastor of Rhema Bible Church and CEO for Keith Hagin Ministries, and Mark Burns, co-founder and CEO of the NOW Television Network, a Christian network in South Carolina that reaches 11 million homes.

Find the organization at Pastors4Trump.com.

A GET-TOGETHER OF NOTE

A cheerful and dedicated group meets for good cheer, fine music and a patriotic salute on Wednesday evening at a location not far from the U.S. Capitol.

Hosts describe the 6th Annual Holiday Cocktails & Songs of the Season as “a spectacular reception featuring holiday spirits and songs to celebrate the Christmas season and honor those who protect our freedoms.”

Fox News correspondent Kevin Corke serves as emcee for the cheerful but heartfelt event which includes an appearance by Anthony Kearns, an original member of the Irish Tenors. He will serenade the good folks with “Silent Night,” “White Christmas,” “It Came upon a Midnight Clear,” and other traditional songs of the season.

The group plans an “Irish Toast” to honor those who protect the nation’s freedoms with the help of members of the famed “Fighting Irish” 69th Infantry Regiment of New York. Also present for the festivities: two very special guests — Irish wolfhounds Rosie and Ivy.

Find American Humane — which recently honored the nation’s most heroic working and service canines — at AmericanHumane.org.

A forthcoming book is focused on the nation’s best interests in unsteady times. Arriving in 2023: “Superpower in Peril: A Battle Plan to Renew America” by David H. McCormick.

Among many other things, Mr. McCormick was former CEO of Bridgewater Associates, a 2022 candidate for the U.S. Senate in Pennsylvania, U.S. Treasury undersecretary for international affairs, an Army paratrooper and combat veteran, and a graduate of the United States Military Academy.

“McCormick issues a call for servant leadership that is as relevant for entrepreneurs and those in business as for politicians and policymakers. Recognizing the talent and untapped potential in the American people, he argues that if we commit ourselves to renewal and reviving the restless American spirit of hard work and self-confidence, America will see a new birth of dynamism, strength, and exceptionalism,” according to advance notes from publisher Center Street, the conservative imprint of publishing giant Hachette Book Group.

“Could a warming Arctic unleash the next pandemic?” asks a news analysis from Arctic Today, a news organization which features local input from Iceland, Canada and Norway.

“As the land and waters of the Arctic warm — potentially releasing pathogens — and as more species migrate toward the poles in a changing climate, those conditions could create more opportunities for viral spillover, according to recent studies,” notes the analysis.