The Great Days > News > Inside the Beltway: Poll asks Republicans to define the ‘good Republican’
News

Inside the Beltway: Poll asks Republicans to define the ‘good Republican’ 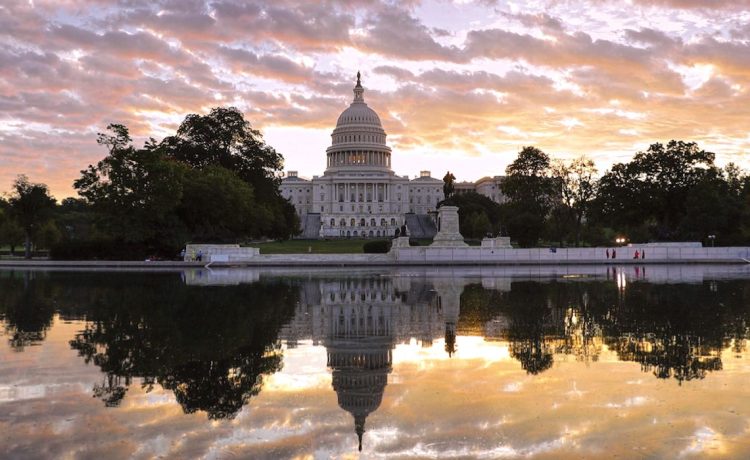 Is there such a thing as the ideal Republican — the “good” Republican? One pollster was determined to find out.

“Small government, America First, liberty and freedom, religious values, personal responsibility. These are just some of the ways Republican voters describe what it means to be a good Republican,” noted a new analysis from Monmouth University, which indeed polled 563 Republicans to get their take on the subject.

‘The poll first asked Republican voters to describe in their own words what it means to be a good Republican. About 1 in 5 focus on fiscal management, such as being fiscally conservative (6%), supporting small government (8%), lowering taxes (3%), and helping the middle and working class (4%). Nearly a quarter of GOP voters emphasize patriotism and rights, including defending the Constitution (8%), putting America first (7%), protecting individual liberties (7%), and upholding the 2nd Amendment in particular (2%),” the analysis noted.

“About a quarter think of personal responsibility when asked what it means to be a good Republican, including doing one’s civic duty as a citizen (7%), being honest (6%), taking a stand on issues (5%), being self-reliant (5%), and just generally being a good person (3%). Other voter descriptions of being a good Republican focus on religion, moral values and abortion (13%),” it said.

“There is no prevailing view of what it means to be a good Republican. Some voters focus on fiscal conservatism and others on social issues, while a sizable group see flag-waving as being most important. It’s interesting that only 1 in 10 voters mention something about religion or family values and only a handful specifically mention being pro-life as the hallmark of a good Republican. When you ask these voters directly, however, supporting abortion access is the biggest deal-breaker for being considered a good Republican,” said Patrick Murray, director of the independent Monmouth University Polling Institute, in a written statement.

These are complex findings which can be reviewed at Monmouth.edu/polling. The survey did address one lingering question.

“A majority (55%) of Republican voters continue to say that President Biden’s 2020 victory was due only to voter fraud. Just 28% say the current president won fair and square,” the poll analysis said.

BOOKS OF THE SEASON

Need a good read for yourself, or as a gift? The American Spectator has a few titles to suggest in its annual “Christmas Book Recommendations” list released Monday.

Among them: “Radio’s Greatest of All Time: Rush Limbaugh” by Kathryn Adams Limbaugh and David Limbaugh; “G-Man: J. Edgar Hoover and the Making of the American Century” by Beverly Gage; “ Preface to Religion” by Archbishop Fulton J. Sheen (reissued this year by Tan Books); “Genesis: The Story of How Everything Began” by Guido Tonelli; “The Driver’s Seat” by Muriel Spark; “The Ink Black Heart” by J.K. Rowling, under the pseudonym Robert Galbraith; “English Garden Eccentrics” by Todd Longstaffe-Gowan; “A World After Liberalism: Five Thinkers Who Inspired the Radical Right” by Matthew Rose; and “The Christmas Sweater” by Glenn Beck.

CALL OFF THE EMERGENCY

Is the U.S. still in the middle of a major health emergency? A sizable number of Republican governors — 25 of them — offer a resounding “no” in an open letter to President Biden calling on him to end the coronavirus Federal Public Health Emergency — otherwise known as PHE.

The emergency has been extended until at least Jan. 11 and will likely be renewed for another 90 days, the governors noted in their letter.

“We ask that you allow the PHE to expire in April and provide states with much needed certainty well in advance of its expiration. The PHE is negatively affecting states, primarily by artificially growing our population covered under Medicaid (both traditional and expanded populations), regardless of whether individuals continue to be eligible under the program,” the letter said.

‘Making the situation worse, we know that a considerable number of individuals have returned to employer sponsored coverage or are receiving coverage through the individual market, and yet states still must still account and pay for their Medicaid enrollment in our non-federal share. This is costing states hundreds of millions of dollars,’ the governors pointed out.

Since the beginning of the pandemic, states have added 20 million individuals to the Medicaid rolls (an increase of 30%) and those numbers continue to climb as the PHE continues to be extended every 90 days, they advised.

The efforts behind the letter, which was released Monday, were led by New Hampshire Gov. Chris Sununu and supported by — among others – Govs. Ron DeSantis of Florida, Kristi Noem of South Dakota, Greg Abbott of Texas and Glenn Youngkin of Virginia.

Those who recall the 1982 family sci-fi movie “E.T.” will be interested to know that the original “No. 1 Mechatronic filming model actor” and “engineering masterpiece” that brought the eponymous character to life in Steven Spielberg’s classic film sold for $2.6 million at a movie-memorabilia auction Sunday.

Personal items belonging to Marilyn Monroe, Bruce Lee and Robert De Niro were also sold, according to Julien’s Auctions, which staged the event in Beverly Hills, California. Then there was this item:

“Another exciting moment from the auction was the reappearance of an original ‘holy staff’ from the Cecil B. DeMille classic ‘The Ten Commandments,’ used by Charlton Heston in his portrayal of Moses, which brought an astonishing $448,000, over twenty times its original estimate of $20,000. Heston used this prop in the iconic parting of the Red Sea scene, a special effects marvel of the era,” the auctioneer noted in a statement shared with Inside the Beltway. 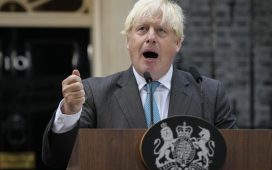