The Great Days > News > Inside the Beltway: Republican voters say they want a gutsier GOP
News

Inside the Beltway: Republican voters say they want a gutsier GOP 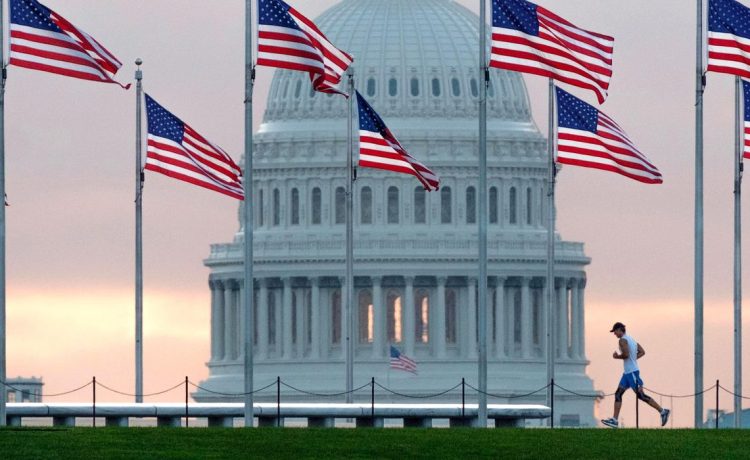 Republicans — weary from the GOP’s less-than-ideal performance in the midterm elections — also appear tired of those who are in charge of the Grand Old Party. They still support Republican policy of course, but have cooled to high-profile folks in the power realm.

So says new research from Convention of States Action and the Trafalgar Group, which have joined forces to determine the true state of Republican sentiment.

“Even before the election our polling showed voters supported Republican policies but doubted Republican leadership, and now, after the underperformance of Republican candidates in the midterms, that doubt appears to have deepened,” said Mark Meckler, president of the Convention of States, a nonprofit interest group, in a statement shared with Inside the Beltway.

“As Rep. Kevin McCarthy prepares to assume the role of Speaker of the House; it is very clear that voters, especially Republicans and independents, want to see more assertive leadership from the GOP than the stereotypical, sub-par behavior that has been the norm for several cycles,” Mr. Meckler noted.

“McCarthy is going to be Speaker, but he’s really going to have to step up his performance if he wants to garner the trust and support of the American people, especially independents and Republicans who poll identically on this issue,” he said.

The aforementioned poll found that 72% of voters overall now think Republicans “need new leadership” in Congress; 9% say no new leadership is needed and 19% are not sure about the issue.

But wait. The survey also found that 73% of both Republicans and independents and even 68% of Democrats agree that the Republican image is due for an overhaul.

How much was spent on political advertising during the midterm elections? The amount was $9 billion, according to AdImpact, a marketing company.

Some of that money could have been wasted, however. Political ads are highly targeted to select audiences — but one of the most important groups of voters appears to have been overlooked.

“Failing to include early voters in audience segment targeting could have led to nearly $1.5 billion wasted in digital ad spending this midterm election, surpassing previous midterm election cycles, according to estimates by performance marketing company Stirista,” advises AdWeek in a new analysis.

“The 2022 key voter analysis from Stirista found 65% of the total U.S. midterm votes were cast by early voters, or 72 million votes, either through ballot requests or confirmed early voting, out of a total of 111 million voters,” the publication said.

But did the early birds see the ads? Stirista forecasts that more than 50% of digital advertising dollars for a political candidate or cause could have been wasted.

“As a political marketer working for a campaign or through an agency, early voter consideration is now a must in terms of driving results and decreasing wasted digital ad spend,” Blaine Britten, senior vice president of data strategy at Stirista, told Ad Week.

“Stirista gathered this data set from government records and public voter registration. The analysis is from projected ad spend and marketing-related reactions rather than political polling,” AdWeek advised.

As usual, “The Five” enjoyed the largest audience of all with an average of 3.6 million daily viewers, followed by “Tucker Carlson Tonight” (3.5 million viewers) and “Hannity” (3.4 million). In addition, Fox News aired 84 of the top-100 cable news telecasts.

The network also ruled the weekends, besting both CNN and MSNBC through the day in primetime. “Cavuto Live” turned out to be the lead program here, with an audience of 1.3 million. And one more victory of note: “Sunday Night in America with Trey Gowdy” enjoyed 1.5 million viewers, more than tripling the 478,000-member audience of CNN’s “Who’s Talking to Chris Wallace?”

STILL ON THE JOB

So is this a new source of untapped power? Plenty of Americans are now working through their “golden years,” according to Business Insider.

“That includes President Biden, who just turned 80 this week. He’ll likely pursue a second term, now that former President Donald Trump, who is also nearing 80, is back in the race,” said the publication.

It reports that just over 5% of Americans who are over 80 still hold a job, as of October.

But why are those stalwarts of a certain age still on the job?

“There are still plenty of older workers working past typical retirement age. That could be due to a desire for purpose, a need for an income, or medical advancements that keep people more able to work into their golden years. It could also be because older workers have become more empowered,” Mary Johnson, Social Security and Medicare policy analyst at the Senior Citizens League, told Insider.

“If we enjoy what we do, why stop working? There’s been a big change in thinking about retirement,” she said.

Then there’s another reason to stay on the job.

• 70% of U.S. adults have talked about politics with family members since President Biden was elected in 2020.

• 68% talked about politics with friends in that period.

• 29% posted online or discussed the midterm election, politics or issues on social media.

• 4% went to a rally for an elected official or political candidate.

• 4% volunteered for an advocacy organization.