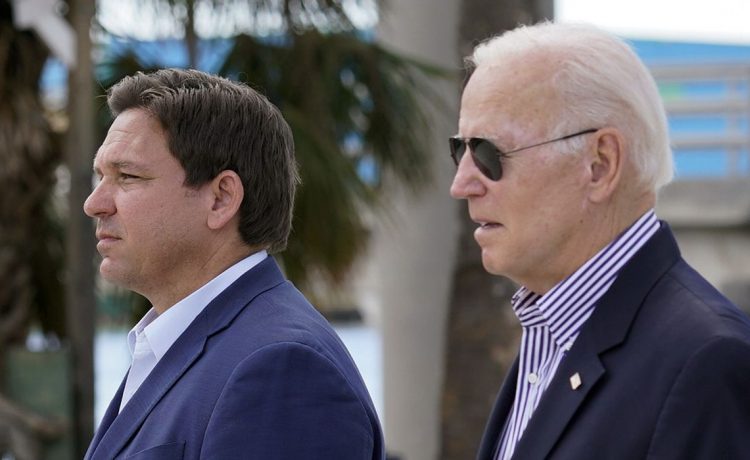 Florida Gov. Ron DeSantis has won some respectable national approval following his response to Hurricane Ian: 55% of U.S. adults overall approve of his response to the deadly event, according to an Economist/YouGov poll released Sunday.

In the meantime, only 19% of U.S. adults overall said they disapproved of Mr. DeSantis’ response, while 26% were not sure how they felt.

Among likely voters, 64% approve of Mr. DeSantis’ response to the hurricane, including 88% of those who voted for former President Donald Trump in 2020, and 38% who voted for President Biden. He also won support from a particular group which has a reputation of showing up on Election Day to vote. That would be those over age 65; the poll found that 70% approved of Mr. DeSantis.

He also got some rousing general approval rating from conservatives (73%) and from Trump voters (86%).

The results suggest that Mr. DeSantis has made some serious gains on the national stage, certainly a positive factor should he decide to run for U.S. president in 2024.

A CAMPAIGN OF NOTE

He also has an “American Strength Agenda” — which he says encompasses a strong economy, strong border, strong domestic energy production, strong world leadership and strong defense of our liberties.

C-SPAN TO THE RESCUE

The midterm election is approaching. New coverage is getting shrill, as is partisan discord.

What’s a voter to do? One solution is to turn to C-SPAN, which is airing significant candidate debates from around the nation as part of its Campaign 2022 coverage. On Wednesday is the Maryland gubernatorial debate — with nine more to follow in the next week. Here’s the debate schedule:

Saturday: No live debates, but C-SPAN will air a block of all of the aforementioned debates, plus a few from earlier in the week — New Jersey 7th Congressional District, Minnesota 2nd District and Colorado 3rd District.

“Political advertising for the midterm elections significantly ramped up in September with a massive $1.1 billion in political advertising spending — double that of August’s $534.5 million,” wrote Wayne Friedman, West Coast editor for MediaPost.com, an industry source.

“Last month saw the fourth-highest political advertising spending of any month in history,” the report said, noting that political ad spending is predicted to reach $1.3 billion,” Mr. Friedman said, citing numbers from AdImpact, which tracks the trajectory and effectiveness of advertising for ad agencies, political advisors and major commercial brands.

EYE ON THE ‘GREAT RESET’

Hillsdale College has a question: “Does America need a Great Reset?”

“In 2020, members of the world’s elite met at the World Economic Forum and launched the Great Reset initiative to transform the world economy. As Klaus Schwab — the founder and executive director of the Forum — wrote, ‘we need a ‘Great Reset’ of capitalism. If successful, this would have the effect of canceling our American way of life,” the college notes in a new public outreach.

A significant new Hillsdale College seminar has addressed the Great Reset, its ramifications for America, and the pro-freedom alternatives. The college is now offering a public seminar aptly titled “The Great Reset?” as a free online video series.

The series offers insight into the origins and leaders of the Great Reset, how the ideology of “woke capitalism” is infiltrating large corporations, the connection between a cashless society and the Great Reset, the role of “environmental justice” in it all, China’s perspective on the idea, and alternatives to the Great Reset.

Curious? Find it all at https://lp.hillsdale.edu/the-great-reset-cca.

• 41% of U.S. adults say they are “not at all confident” that Americans will reconcile their differences in the next five years.

• 26% say they are “a little confident” that Americans will reconcile their difference in that time period.

• 13% say they are “somewhat confident” they will reconcile.

• 9% say they are “very confident” Americans will reconcile their differences in the next five years.