Inside the Beltway: Student-debt cancellation prompts medical debt demands too 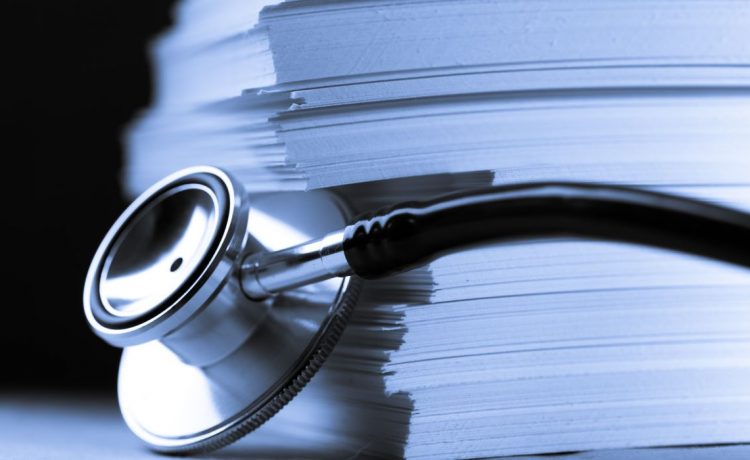 Some believe the White House and the Democratic Party are in the mood to be generous, just in time for the midterm elections. We already know that President Biden has cancel some student debts. But what about those lofty medical bills which plague many people?

“Nobody has yet come up with a definitive estimate of the full taxpayer cost of President Joe Biden’s student loan bailout, but the numbers are already staggering. And as budget-busting as this one is, it’s only whetted the Left’s appetite for more loan bailouts,” the editorial said.

“Already, advocates are mounting a campaign to have Biden cancel medical debt. Kaiser Health News published a piece complaining that with all the focus on student loan debt ‘little public attention has been focused on what is — statistically, at least — a bigger, broader debt crisis in our country: An estimated 100 million people in the U.S., or 41% of all adults, have health care debt, compared with 42 million who have student debt,’” the editorial noted.

“If Biden gets away with this student loan bailout, what’s to stop the White House from drawing up an executive order for him to sign that would forgive medical debt, credit card debt — heck, any and all debt? All conveniently timed for the 2024 election,” Issues and Insights concluded.

Florida Gov. Ron DeSantis is under media scrutiny as Hurricane Ian arrives in his territory. He  has already made significant public statements, surrounded by representatives from the National Guard, the state’s emergency management team and Federal Emergency Management Agency, offering updates and clear warnings about catastrophic and life-threatening situations from county to county — and a “historic” storm surge.

The press has noticed. A few headlines from the last 48 hours: “Biden and DeSantis haven’t spoken directly as Hurricane Ian bears down on Florida” (ABC News); “White House dodges on Biden snubbing Ron DeSantis ahead of Hurricane Ian landfall” (Fox News); “We don’t care whether DeSantis and President Biden talk, as long as they cooperate on Hurricane Ian” (Miami Herald); and “DeSantis suspends tolls for Hurricane Ian” (Tampa Bay Times).

“The hurricane is on track to make landfall in the state just six weeks ahead of the November elections and, depending on how well the governor responds to the potentially catastrophic storm, DeSantis may emerge more popular or open himself up to criticism,” the news organization warned.

“Though no governor will frame hurricane responses in political terms, storms shaped the legacies of former Republican Govs. Jeb Bush and Rick Scott, both of whom dealt with multiple major weather events. While no elected official wishes for a major natural disaster, hurricanes offer almost unlimited access to free national media, and a huge boost to any governor’s political fortunes.”

President Biden’s zeal to pay off student debt is not quite as popular as he thinks, perhaps.

The Cato 2022 Student Debt Cancellation National Survey — released Tuesday — revealed that 64% of U.S. adults support the federal government forgiving up to $10,000 in federal student loans for people who earn less than $150,000 a year, or less than $300,000 per year for married couples.

“However, support for cancelling federal student loan debt plummets when Americans consider its trade‐offs,” wrote Emily Ekins, vice president and director of polling at the Cato Institute, which conducted the survey.

It found that 64% of the public oppose the idea of cancellation if forgiving $10,000 per borrower raises their taxes; 68% oppose cancellation if it primarily benefits higher-income people.

“Even more Americans oppose if cancellation incentivizes colleges and universities to further raise prices, as research has shown it may. About three‐fourths of Americans would oppose student debt cancellation if it caused universities to raise their tuition and fees (76%) or if it caused more employers to require college degrees even if not needed to do the job (71%), also known as ‘credential inflation,’” Ms. Ekins said.

“These data show that Americans don’t like the costs that many experts believe are associated with federal student loan forgiveness,” she said in a statement.

The survey also found that 9 out of 10 respondents have either paid off their own student loans — or never had them in the first place.

Fox News finished the third quarter of 2022 with a notable victory — marking 83 consecutive quarters as the leading cable news network, both in primetime and throughout the day. Fox News drew an average of 2.2 million primetime viewers during the time period, compared to MSNBC with 1.3 million and CNN with 717,000, according to Nielsen Media Research.

• 51% of U.S. adults think that the House special committee investigating the Jan. 6, 2021, riot at the U.S. Capitol should “wrap up the investigation as soon as possible”; 75% of Republicans, 53% of independents and 23% of Democrats agree.

• 11% overall say the investigation should “wrap up in the next year”; 7% of Republicans, 13% of independents and 12% of Democrats agree.

• 35% overall say the investigation should continue “as long as necessary”; 15% of Republicans, 31% of independents and 62% of Democrats agree.

• 3% overall “don’t know” what the committee should do; 3% of Republicans, 2% of independents and 2% of Democrats agree.