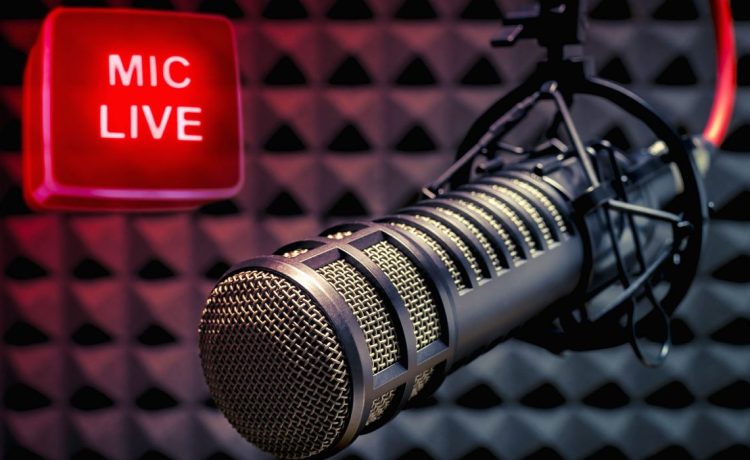 One industry veteran has offered some serious advice to those who work in traditional talk radio — which can be a bodacious business.

Consider that Sean Hannity — a syndicated radio host with Premiere Networks — has a national radio audience of 16.25 million listeners a week, according to Talkers.com, a leading industry source.

And yes, this is the largest radio audience in the nation. Fellow host Dave Ramsey is in second place with 13.25 million listeners.

They are among some 1,200 hosts around the nation who man the microphones day and night, addressing heavy duty politics, culture, faith, rumors, local news, business, recreational matters and much more.

But Michael Harrison — founder of Talkers.com along with its sister publication Talker’s Magazine — has issued an unprecedented “prescription for survival” to his peers who now face serious competition from online sources.

“In order for talk radio to survive — let alone thrive — in the ever-changing digital era, it must provide the absolute best audio communications available anywhere,” Mr. Harrison said in a written statement shared with Inside the Beltway.

“Real news organizations have to be more credible, reliable and factual than some guy on a computer in his parents’ basement. In turn, radio must ooze the definition of ‘big time’ when it comes to the presentation of audio communications. The medium and its industry cannot afford on any level — local or national — to be schlock. I don’t care if there are 10 zillion podcasts out there — other than the specialty ones that target extremely limited and niche audiences — the cream of the crop will always come down to a rarefied handful,” Mr. Harrison said.

“Radio has to be the big-time audio medium with the best information, personalities, talk shows, musical presentation and production values or it will surely perish in the face of the growing onslaught of grassroots digital media,” he said.

“Only then can it restore the magic and prestige to the word ‘radio’ that has kept the medium alive for the past 100 years — regardless of its current technological platforms or receiving appliances. To use a popular sports phrase, radio controls its own destiny,”  Mr. Harrison concluded.

Well, there you go. We’re Speaker-less. Rep. Kevin McCarthy of California missed out on his chance — at least for the initial series of votes on Tuesday — to become Speaker of the House. And the media was there of course. Here’s a spate of headlines that have surfaced in the last 24 hours:

Mr. McCarthy is no stranger to such coverage. He has received intense, critical press for a while and has weathered the storm for the most part.

Consider this Vanity Fair headline: “Kevin McCarthy: An even bigger political hack than previously thought,” which appeared on June 9, 2022. Then there was this: “Kevin McCarthy is officially in Donald Trump’s doghouse,” which came from CNN two weeks later, on June 23.

And the eventual takeaway message for one and all after the voting is over and done with? That would be “buckle up.”

Meanwhile, this is not the most promising news for President Biden.

“Most voters” don’t want him to seek reelection, according to a Rasmussen Reports poll released Tuesday. It revealed that just 33% of likely U.S. voters think Mr. Biden should throw his proverbial hat in the ring with another White House bid. Another 55% say Mr. Biden should not seek a second term, while 11% are not sure.

The political schism among Americans can be found in many sectors — including the nation’s energy sources.

And yes, there’s a poll.

“Democrats and Republicans have similarly positive views toward a few sources of energy — including fuel cell energy, biofuels, renewable energy generally, and geothermal energy — but there are vast disagreements between the parties on their views of non-renewable energy. Republicans are much more likely to have a net positive view — a larger share viewing favorably than unfavorably — of oil, coal, and fossil fuel energy compared to Democrats,” Ms. Sanders wrote in an analysis of the numbers.

See some partisan views about fossil fuels in particular in the Poll du Jour that follows.

25% of U.S. adults have a “somewhat favorable” opinion of fossil fuel; 28% of Republicans, 25% of independents and 21% of Democrats agree.

22% overall have a “very favorable” opinion of fossil fuel; 36% of Republicans, 20% of independents and 11% of Democrats agree.

17% overall have a “somewhat unfavorable” opinion of fossil fuel; 11% of Republicans, 15% of independents and 24% of Democrats agree.

17% overall have a “very unfavorable” opinion of fossil fuel; 7% of Republicans, 16% of independents and 28% of Democrats agree.