The Great Days > News > Inside the Beltway: The 10 Senate races to watch on Election Night
News

Inside the Beltway: The 10 Senate races to watch on Election Night 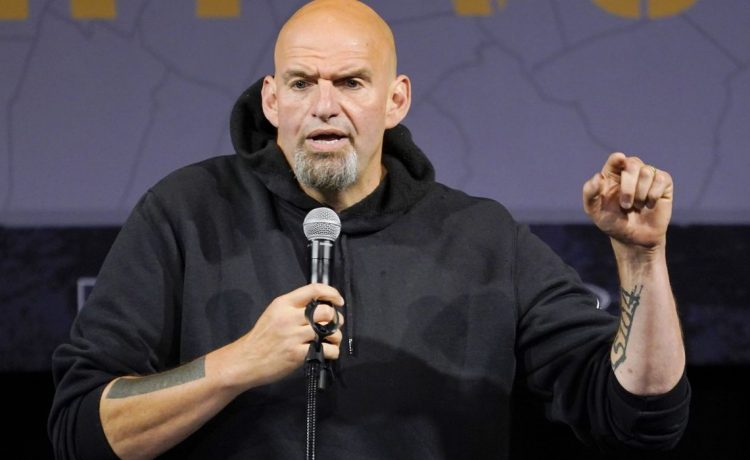 Some political bouts warrant more attention than others.

“Control of the U.S. Senate will end up a much closer margin than some polls or analysts are predicting. Among the ten most competitive races in the country, there are probably just five where Senate control hangs in the balance,” predicts Nate Ashworth, founder of ElectionCentral.com, a news site.

“The Senate is currently split 50/50 between Republicans and Democrats. A pickup for Republicans would put them in charge while a pickup for Democrats would further cement their Senate control,” Mr. Ashworth said in an analysis.

He’s picked out 10 races to watch on Election Day as this dynamic plays out — and here they are, with the Democrats all named first and the Republicans second. The first five have Democratic incumbents, all seeking another term; the second five are currently held by Republicans, with two of the senators seeking re-election and the other three retiring.

Are Democratic voters beginning to tire of — and turn away from — the Democratic Party? That is a possibility.

Here’s one case history. Justice Roth, age 42 and a resident of Staten Island, New York, was a registered Democrat for some 20 years before re-registering in 2016 as an independent and as a Republican in 2020.

“The reason I registered as a Republican has more to do with the Democrats than it does with Republicans,” Mr. Roth told the New York Post.

“I still consider myself liberal in a lot of ways, but I’m no longer a registered Democrat. They’ve just really gone off the rails for the past several years” he said, citing the Democrats’ new focus on “cancel-culture wars, and “extreme political correctness.”

The Democrats “turned their backs” on the issues that resonated with Mr. Roth, who teaches English as a second language.

“My top priorities right now are actually kitchen-table issues — inflation, the price of housing, food and gas. As a voter I really care about things that affect my life personally and the lives of my family members more than any of this culture war stuff,” he told The Post.

Is this a trend? In June, the Associated Press conducted a study of the 1.7 million voters who switched party affiliation.

“Over the last year, roughly two-thirds of the 1.7 million voters who changed their party affiliation shifted to the Republican Party. In all, more than 1 million people became Republicans compared to about 630,000 who became Democrats,” the study said.

He has been the subject of negative coverage in the liberal press in recent days, much of it centered on his potential as a presidential candidate in 2024. Florida Gov. Ron DeSantis, however, chose to take the high road as Hurricane Ian battered the Sunshine State.

“Proving that even the most partisan politics fall by the wayside when a hurricane is approaching, Gov. Ron DeSantis had nothing but good things to say about President Joe Biden during a Tuesday night interview with Fox News’ Sean Hannity,” noted FloridaPolitics.com on Wednesday.

And what did the governor say?

“When people’s lives and their property are at risk like this, we all need to work together regardless of party lines. It’s my sense that the administration wants to help,” Mr. DeSantis said. “I think they realize that this is a really significant storm and there’s a lot of people that, you know, we’re working with the locals. We work very well with them. And of course at the state level. But we really need everyone working together to make people have their needs tended to,” the governor advised.

Meanwhile, the eye of the nation is on Florida. There have been 49,500 articles published on Hurricane Ian since Monday  — resulting in 1.3 million social media interactions — according to NewsWhip.com, an online media monitoring platform which charts daily national trends in the press.

Princeton University appears to be home to a determined group of young conservatives.

A survey of freshman students conducted by The Daily Princetonian found that 11% of the respondents said they were “right leaning.” In contrast, 68% described themselves as “left-leaning,” according to the survey.

“However, I have been pleasantly surprised to find a vibrant conservative community that supports each other as the ideological minority. While I wouldn’t go as far to say I feel comfortable to share all my views openly at any time on campus, I feel supported as a campus conservative and have a space to share my true beliefs unfiltered,” Mr. Tyson said.

“The fact that 11% of freshmen are right-leaning is pleasantly surprising. I knew Princeton had a sizable conservative enclave, but I didn’t expect it to be that high,” said Zach Gardner, another freshman.

“There are a number of great conservative groups to get involved with, and I have met a lot of great people through them. Conservative community at Princeton is small but mighty, and it commands a campus presence much larger than its numbers.” Mr. Gardner said.

• 60% of U.S. adults say they have feuded with a neighbor at some point.

• 58% say “friendliness” was an important trait in a neighbor.

• 54% say “keeping the noise level down” is an important factor for neighbors.

• 49% say neighbors controlling their pets is an important factor.

• 47% say neighbors maintaining their home and yard is important.

• 34% say neighbors who keep to themselves are important.