The Great Days > News > Inside the Beltway: The historical CIA goes on display
News

Inside the Beltway: The historical CIA goes on display 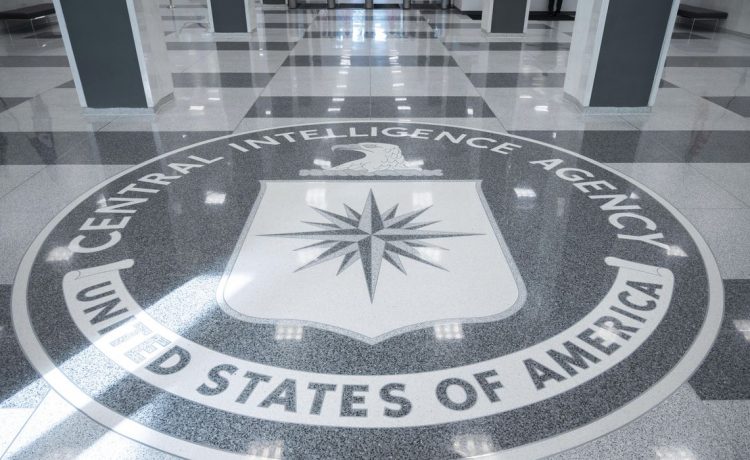 The Central Intelligence Agency has a very significant history. Its predecessor — the Office of Strategic Services — rumbled to life during World War II, populated by innovative, savvy, and fearless men and women who undermined and defeated some formidable foes of the day.

The CIA emerged from that significant legacy in 1947 — and the agency is now marking its 75th anniversary by sharing its heritage.

The agency has revealed it has a “newly modernized CIA Museum,” boasting some 600 artifacts from those seven decades that have never been seen by the public.

They include vital items used during Project Azorian, the CIA’s daring efforts to retrieve the wreckage of a K-129 Soviet submarine, and a briefcase used during the Argo operation to get six State Department officers out of Iran in 1980.

“History is absolutely key to understanding intelligence. And if we hope to succeed, we have to learn from it and this new museum will help us do just that,” said CIA Director William J. Burns in a statement shared with Inside the Beltway.

And while there is an actual museum at CIA Headquarters, it is not available to the public. The agency is, however, “committed” to sharing these items virtually through its website and via social media. The artifacts are indeed interesting and unique.

For more information on the CIA Museum and the 75th anniversary, visit CIA.gov; find the appropriate links by scrolling down the page. Of note: there is a “Spy Kids” section which includes information on the agency’s “spy dogs” who sniff out explosives — complete with downloadable collector’s cards which detail the personal stats on the heroic pups.

THEY’RE SURE TO VOTE

Voters appear ready — possibly even eager — to vote in the midterm elections, now a mere 43 days off, as of Monday. And the numbers:

65% of U.S. adults say they are “certain to vote” in the congressional election in November.

16% will “probably vote” in the election.

4% are undecided or have no opinion.

The source is an ABC News/Washington Post poll of 1,006 U.S. adults conducted Sept. 18-21 and released Sunday.

Meanwhile, a CBS News poll, also released Sunday, found that a mere 2% of the respondents said they did not plan to vote in the November election. More than eight out of 10 — 82% — also reported they were “enthusiastic” about getting to the polls.

Running for office in the Granite State can be a creative endeavor. Just ask Dave Wheeler, a Republican who is running in District 5 for Executive Council.

In the Granite State, the council advises the governor, monitors infrastructure, keeps a close hand on the state’s purse strings and much more. The council itself has historic roots dating back to 1679.

All that said, Mr. Wheeler — who operates a Christmas-tree farm and produces maple syrup from his own trees — has an event of note on his calendar. He will be staging a “Skeet and Steak” fundraiser at a historic countryside site later this week. Yes, there will be a convivial “clay sport shoot” throughout the day, complete with sumptuous luncheon of “great steaks” for the guests.

Mr. Wheeler, meanwhile, has a lengthy list of endorsements from current and former New Hampshire Republicans, including Gov. Chris Sununu, who notes that the candidate offers “no political grandstanding and no backroom deals,” and former Sen. Kelly Ayotte, who called Mr. Wheeler “a straightforward, principled conservative” and “a rare find in politics.

And of course Mr. Wheeler also has an “A-Plus” rating from the National Rifle Association.

”We saved the planet. We’re saving the planet with a record $360 billion to save the planet — generating jobs and cleaner air and cleaner water and jobs and security for our country,” Mrs. Pelosi said during her recent weekly press appearance.

“Pelosi calls it. Celebrate! The ‘climate crisis’ is officially over. Yay. Now can we go back to driving cars, eating meat and using appliances, and controlling our own home thermostats?” countered Marc Morano, founder of Climate Depot, in a written statement shared with Inside The Beltway.

“But wait. The Pork Barrel Inflation Reduction Act will not even impact global CO2 levels, let alone the climate,” he quipped.

Meanwhile, there’s a garbage problem on the proverbial “red” planet.

“There’s too much garbage on Mars. Mars is littered with 15,694 pounds of human trash from 50 years of robotic exploration,” Popular Science reported Friday.

“According to the United Nations Office for Outer Space Affairs, nations have sent 18 human-made objects to Mars over 14 separate missions. Many of these missions are still ongoing, but over the decades of Martian exploration, humankind has left behind many pieces of debris on the planet’s surface,” said the news organization, which did all the math behind this determination.