The Great Days > News > Inside the Beltway: Trump tantalizes the media
News

Inside the Beltway: Trump tantalizes the media 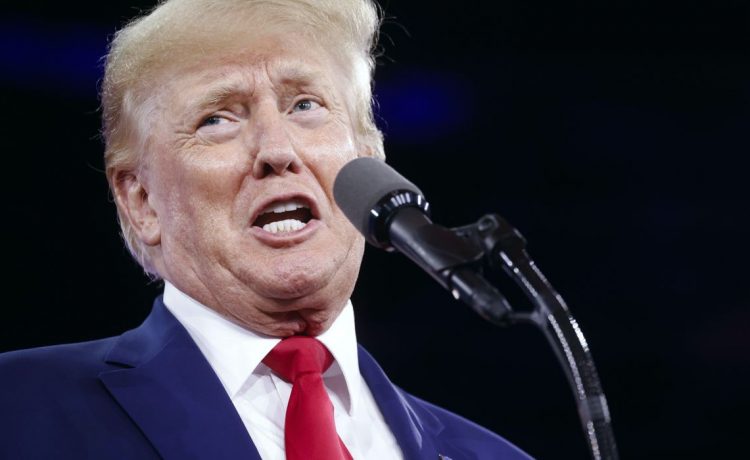 It seems like old times. The news media just can’t stop covering former President Donald Trump, though he’s been out of office 565 days, give or take an hour or two. Trump-centric reporting is understandable, though. Mr. Trump continues to offer flashy fodder and memorable, made-to-order quotes for press coverage, be it print, broadcast or online.

The most recent example of this is Mr. Trump’s appearance at the recent Conservative Political Action Conference (CPAC). Mr. Trump spoke for 110 minutes before a spirited audience.

All that aside, here’s a few headlines from the last 48 hours:

“Exclusive: See the Trump toilet photos that he denied ever existed” (Axios); “Op-ed: Here’s one factor that might peel Trump’s diehard supporters away” (Los Angeles Times); “‘He’s more popular than ever’: Former President Donald Trump handily beats Gov. Ron DeSantis in CPAC Straw Poll For 2024” (Vanity Fair); “Former Trump aide calls Trump’s CPAC speech ‘shameful’” (CNN); “The hot new strategy for unseating Trump Republicans: don’t make it about Trump” (RollingStone); “Biden can still stop Trump, and Trumpism – if he can find a bold plan and moral vision” (The Guardian); “Nearly 40 percent of Americans say Trump or Biden second term ‘worst thing that could happen,’” (The Hill); and “Inside the war between Trump and his generals” (The New Yorker).

So here’s a thought from New York Times columnist Maureen Dowd, on President Biden, and whether he should run for office again in 2024, or wave goodbye to the White House and return to formal retirement in his beloved Delaware.

“The timing of your exit can determine your place in the history books,” Ms. Dowd wrote.

“This is something Joe Biden should keep in mind as he is riding the crest of success. His inner circle, irritated by stories about concerns over his age and unpopularity, will say this winning streak gives Biden the impetus to run again,” she continued.

“The opposite is true. It should give him the confidence to leave, secure in the knowledge that he has made his mark,” Ms. Dowd wrote.

The newest findings are downright depressing.

“The survey found overall confidence among small business owners at its lowest level since CNBC and SurveyMonkey began surveying them in 2017. The Small Business Confidence Index drops to a score of 42 in the third quarter, four points lower than the second quarter, and a point lower than the previous all-time low hit during the first quarter of 2021,” CNBC said.

The findings also revealed that only 26% of the owners had confidence that the Fed could bring inflation under control while 57% said the U.S. was already in a recession.

“With this pessimistic outlook lingering due to inflation and recession concerns, President Biden’s approval rating among small business owners is at its lowest level yet, with just thirty-one percent of small business owners approving of the job he is doing as president,” the poll analysis noted.

The CNBC poll of 2,557 of self-identified small business owners was conducted July 25-31.

“Using the Congressional Budget Office’s latest scoring, estimates of the most recent changes, and accounting for very expensive gimmicks, it’s likely that the bill will produce deficits,” he said in a handy analysis.

The cumulative deficit would be around $52.5 billion over the next four years, at least $110 billion through fiscal year 2031, and more beyond. That would mean adding to near-term and long-term inflationary pressures, in contrast to what proponents such as Sen. Joe Manchin, West Virginia Democrat, claim,” Mr. Stern advised.

“In short, the bill is about as far away from a genuine Inflation Reduction Act as possible. Though it would be harmful under any circumstances, signing it into law during a period of stagflation would be the worst possible timing,” he said.

HEARD FROM THE HERD

The Ohio State Fair can rest assured that its Butter Cow — a traditional display which dates back to 1903 — is still massively popular.

“The 2022 Ohio State Fair in Columbus debuted more than 2,500 pounds of butter that feature 10 life-size sculptures of kids and animals, including the iconic butter cow, a goat and a pig. This is the fair’s largest butter display to date and the first butter displayed in two years,” said DairyHerd.com — an industry source — in its review of the display, which ended Sunday.

A half-million people stopped in to pay homage to the butter bovines this year.

The butter used in the display, by the way, was past its expiration date and later refined into a form used in non-edible products, such as soap or grease for metal forging, Dairy Herd advised.

• 30% of voters overall say the Democratic and Republican parties are “enough to represent all Americans”; 41% of Republicans, 16% of independents and 37% of Democrats agree.