The Great Days > News > Inside the Beltway: Veterans scarce in Congress
News

Inside the Beltway: Veterans scarce in Congress 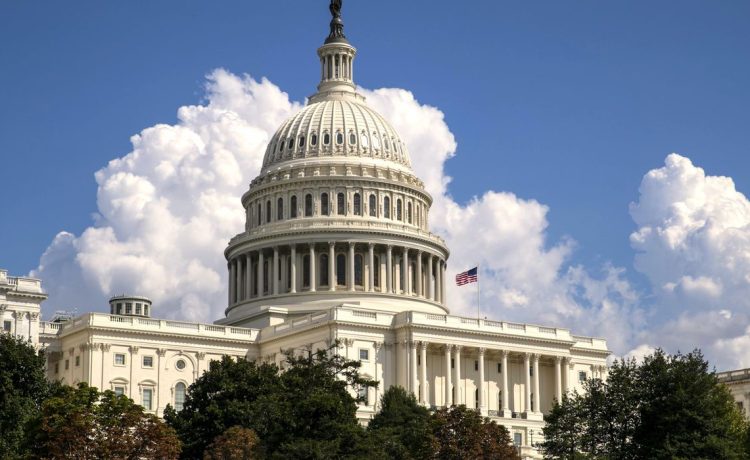 How many military veterans are now members of Congress? The answer: Not many.

“The new Congress will have a few more veterans, but their share of lawmakers is still near a record low,” reported Pew Research Center analyst Drew DeSilver.

“The incoming U.S. House of Representatives will have 80 members who’ve served in the military at some level, or 18.4% of the total membership, according to a Pew Research Center analysis of this fall’s election results. That’s up from 75, or 17.2%, in the outgoing Congress. The number of senators who are veterans, 17, will stay the same,” Mr. DeSilver wrote.

“More than three-quarters of veterans in the new U.S. House (62) are Republicans, while fewer than a quarter (18) are Democrats,” Pew noted.

The study also revealed that although 191 veterans won their parties’ nominations for House seats in 2022, only 80 of them won in the general election — and 62 of the victors were incumbents.

“The next House will still have one of the smallest shares of veteran members in modern times. Between 1965 and 1975, at least 70% of members in each chamber had military experience, reflecting the mass mobilizations of World War II and the Korean War. (The first Vietnam War combat veteran elected to Congress, John Murtha of Pennsylvania, won his seat in 1974.),” Mr. DeSilver noted.

“While the sources consulted by the center for this analysis aren’t always specific about when or where members served, it’s clear that most of the veterans in the new Congress are from the post-Vietnam era. Among all 97 House and Senate veterans who’ll be serving in the next Congress, 31 are in their 50s, 21 are in their 40s, and nine are in their 30s,” he said.

The study was released last week.

This is not promising news for the two major players in the 2024 presidential race.

“No thanks. That’s how majorities of the public responded when the CNBC All-America Economic Survey asked if President Joe Biden or former President Donald Trump should run again for president,” wrote Steve Liesman, senior economics reporter for CNBC.

Mr. Trump did a little better in the findings than Mr. Biden, however.

“The survey found 61% of the public think Trump should not seek the presidency, compared with 30% who believe he should. And 70% say Biden should not run for a second term with just 19% supporting a run,” Mr. Liesman said.

The poll also revealed the ideological calling of Americans at the moment. And at the moment, conservatives outnumber liberals.

See the details and the poll particulars in the Poll du Jour at column’s end.

Should journalists and speechwriters worry? Steve Hilton — host of “The Next Revolution” on Fox News — has scrutinized the newly released ChatGPT, an artificial intelligence program.

He frets that such “AI” programs are so good at producing written reports that they could ultimately displace workers or affect the learning experiences of schoolchildren.

The New York Times has already noted that such finely tuned “chatbots” will change the world — citing the “brilliance and weirdness” of ChatGPT itself.

“We must ensure that no one is left behind — that workers have skills and knowledge to compete in a future with AI is commonplace,” Mr. Hilton warned.

“Every word you just heard was written by ChatGPT. It can do everything from writing poems to creating script in the style of anyone — including me,” Mr. Hilton said.

The new program was developed by San Francisco-based OpenAI which is focused on ensuring that “artificial general intelligence benefits all of humanity,” according to a mission statement.

“We’ve trained a model called ChatGPT which interacts in a conversational way. The dialogue format makes it possible for ChatGPT to answer followup questions, admit its mistakes, challenge incorrect premises, and reject inappropriate requests,” the company noted in a public message on Nov. 30.

Democrats may be embracing the red, white and blue mindset.

“A pair of newly elected governors — two Democratic rising stars — want to steal the GOP’s thunder on patriotism and freedom,” notes a new report from Axios.com.

“Govs.-elect Wes Moore of Maryland and Josh Shapiro of Pennsylvania made this messaging central to their campaigns against Trump-backed election deniers,” according to analyst Alexi McCammond.

‘Why it matters: Dems have a huge branding problem, with voters questioning ‘whether the party shares essential values like patriotism,’ the center-left Democratic think tank Third Way has warned,” the report said.

• 16% of U.S. adults say they are “very conservative” when it comes to their general approach to issues.

• 17% say they are “somewhat conservative” in their approach to issues.

• 13% say they are “somewhat liberal” in their approach.