The Great Days > News > Inside the Beltway: Voters not enthused by ‘retread’ candidates
News

Inside the Beltway: Voters not enthused by ‘retread’ candidates 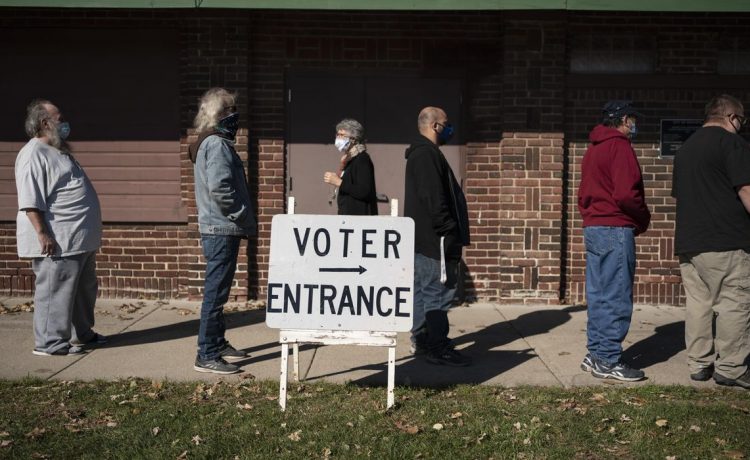 The faces may be familiar, but they don’t appear to be in favor when election day dawns.

“In 2024, voters don’t want retread presidential candidates,” said Rasmussen Reports, which asked voters whether those who have already vied for the White House should try again.

The nation appears to have little patience for re-runs. One past hopeful was of particular interest.

“Media rumors suggest Hillary Clinton may be planning a comeback, but voters overwhelmingly don’t want her to make another White House run in 2024. However, voters also aren’t keen on other failed candidates who have previously sought the presidency,” Rasmussen said in its analysis of the findings — which also gauged the popularity of a run by such former candidates as Sens. Mitt Romney, Utah Republican, and Bernie Sanders, Vermont socialist.

But back to Mrs. Clinton.

The Rasmussen Reports poll found that 69% of likely U.S. voters believe Mrs. Clinton shouldn’t run for president again. A mere 20% think the former secretary of state, U.S. senator and first lady should give it another whirl.

Voting in midterm elections starts pretty early in most states. At least this trend gives the press a chance to trot out the fancy horserace-style coverage which is so relished by political reporters and analysts.

They won’t have long to wait.

“Minnesota, South Dakota, and Wyoming will have the longest early voting periods, opening on Sept. 23 and closing on Nov. 7 — a total of 46 days.

He is described as “one of America’s top diplomats, strategic thinkers, and an accomplished leader in foreign policy.”

That would be Robert C. O’Brien, who was just elected chairman of the board of directors of the Richard Nixon Foundation. He previously served in significant roles in the George W. Bush and Barack Obama administrations, and was national security advisor to former President Donald Trump from 2019 to 2020.

“I’m enormously grateful to the Board for trusting me with this special responsibility. Throughout his time in public life, and in the decades that followed, President Nixon used strategic diplomacy to further the cause of peace and ensure America’s security. Today, fifty years after his trips to China and Russia — and as we approach the fiftieth anniversary of the end of the Vietnam War — his foreign policy represents the ultimate example of the type of strategic thinking that should again guide America today,” Mr. O’Brien said in a statement shared with Inside the Beltway.

He will also play a leading role in the development of the Richard Nixon Foundation’s inaugural “Grand Strategy Summit” in the nation’s capital in November. Find the organization at NixonFoundation.org.

“But if these two East Coast mayors think they have problems, imagine what border towns in Texas and Arizona face. Eagle Pass, Texas, Mayor Rolando Salinas Jr. (another Democrat) says police and fire services are stretched beyond thin in his town of 30,000, which has seen 1,000 migrants a day caught, processed and largely released,” the Post said.

“This is all Biden’s doing. He hung out a giant ‘come on in’ sign while campaigning, and in office intentionally abandoned all his predecessor’s steps to keep migrants out; the growing flood now numbers over 4 million on his watch. If Adams and Bowser want relief, they’d best join the chorus of border mayors in demanding that the president finally stop letting everyone in,” the Post advised.

Curious about the current statistics about the border crisis? The House Committee on Homeland Security has assembled a fact sheet of the immigration numbers — appropriately titled “Border Crisis Startling Stats.”

• 65% of adults in 27 countries say that “things in their country are on the wrong track.”

• 38% overall cite inflation as one reason for their country being on the wrong track, 33% cite poverty as a reason, 26% cite both unemployment and crime.

• 7% cite a rise of extremism, 6% cite both terrorism and maintaining social programs, 2% cite access to credit.

SOURCE: An Ipsos global poll of 20,022 adults in 27 participating counties conducted June 24-July 8 and released Thursday. Respondents could give more than one reason for their country being on the wrong track.