The Great Days > News > Inside the Beltway: Voters not enthusiastic for ‘Biden 2024’
News

Inside the Beltway: Voters not enthusiastic for ‘Biden 2024’ 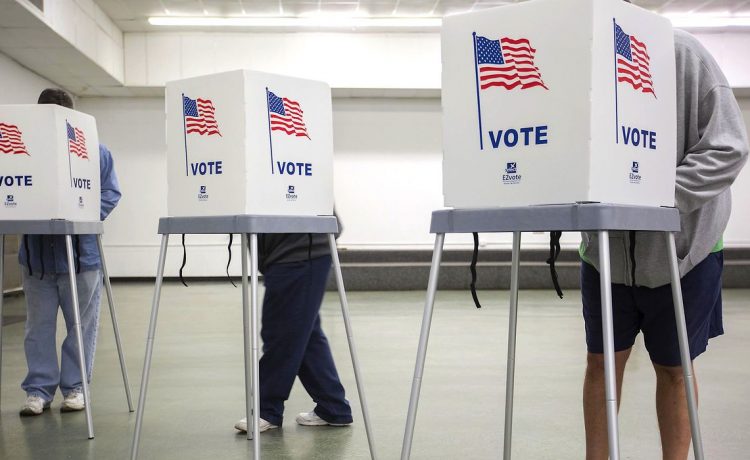 There have been multiple news reports this week suggesting that President Biden is seriously mulling another run for the White House in 2024 — and that he is quietly crafting a reelection bid despite turning 80 years old on Nov. 20.

Headlines from the last 48 hours also indicate that Mr. Biden plans to announce his intentions after the midterm elections.

“President Biden has been meeting with top advisers at the White House residence this autumn to prepare for a potential 2024 re-election campaign,” advised Fox News,

“President Joe Biden’s top advisers are making plans toward a 2024 reelection bid, even as he has not yet made a decision on whether to throw his hat into the ring again,” declared CNN.

But what does the public prefer? There’s a poll for everything, including the trillion-dollar question about a second term for the 46th president.

Should he run again? Uh, no — at least according to a new Economist/YouGov poll which found that 54% of registered U.S. voters felt he should stay out of the race. That finding includes 29% of Democrats, 34% of liberals and even 32% of those who voted for him two years ago.

Which demographics had the strongest feelings about this matter?

Predictably, those who voted for former President Donald Trump in 2020 led the way: 78% were against another run by Mr. Biden — followed by 77% of both Republicans and conservatives. But wait — 63% of those who live in rural areas, 62% of respondents over 65, and 59% of political independents agreed with that.

See more numbers and the particulars of the survey itself in the Poll du Jour at column’s end.

WHERE THE MONEY WENT

Well, the Ivy League has its predictable moments.

“Federal Democratic candidates and groups received 96% of total donations from Ivy League professors in the 2022 midterm elections,” reports an analysis from College Fix.

“Faculty members from the eight universities gave about $2,480,000 to Democratic candidates and organizations during the current election cycle. Professors only gave Republican candidates and groups around $112,000. The data comes from the Federal Election Commission and is current as of October 28,” the analysis said.

“The percentage breakdown between Democrats and Republicans works out to 96 percent to 4 percent. The data set includes the midterm election period which began in January 2021,” the analysis noted.

Find the complete report at TheCollegeFix.com.

Longtime consumer advocate and former presidential candidate Ralph Nader will have a serious say on the airwaves this weekend to discuss the question of the hour: “What’s at stake in the general election?”

Mr. Nader, 88, is a lawyer and author who has demanded government and corporate accountability for nearly six decades, spanning a spectrum of issues and public concerns.

He also is a five-time candidate for president, having run as a write-in candidate in the 1992 New Hampshire Democratic primary, as the Green Party nominee in 1996 and 2000, and as an independent candidate in 2004 and 2008.

Mr. Nader joins Michael D. Brown — the Democratic “shadow senator” for the District of Columbia — for a conversation on a variety of concerns.

Mr. Nader, author of a dozen books including a family cookbook, has his own online outreach too. Find the details at RalphNaderRadioHour.com.

The sky is a very complicated place these days.

“The core stage of yet another Chinese Long March 5B rocket is set to tumble uncontrollably back to Earth this week after delivering the third and final module to China’s fledgling space station,” writes Ben Turner, who covers physics and astronomy for LiveScience.com.

“The roughly 25-ton rocket stage, which launched Oct. 31 to deliver the Mengtian laboratory cabin module to the Tiangong space station, is predicted to reenter Earth’s atmosphere on Saturday, Nov. 5 at 11:51 p.m. EDT, give or take 14 hours, according to researchers at the Aerospace Corporation’s Center for Orbital and Reentry Debris Studies,” Mr. Turner continued.

“Exactly where the rocket will land is unknown, but the possible debris field includes the U.S., Central and South America, Africa, India, China, Southeast Asia and Australia. This is the fourth time in two years that China has disposed of its rockets in an uncontrolled manner,” the analyst wrote.

“A “planet killer” asteroid that is hiding in the glare of the sun has finally been detected, and the giant space rock could smash into Earth one day,” Mr. Turner noted in a separate report.

• 55% of U.S. adults care “a great deal” about which political party will win control of Congress in the midterm elections; 67% of Republicans, 44% of independents and 54% of Democrats agree.