The Great Days > News > Inside the Beltway: What we most dread about Christmas gift giving
News

Inside the Beltway: What we most dread about Christmas gift giving 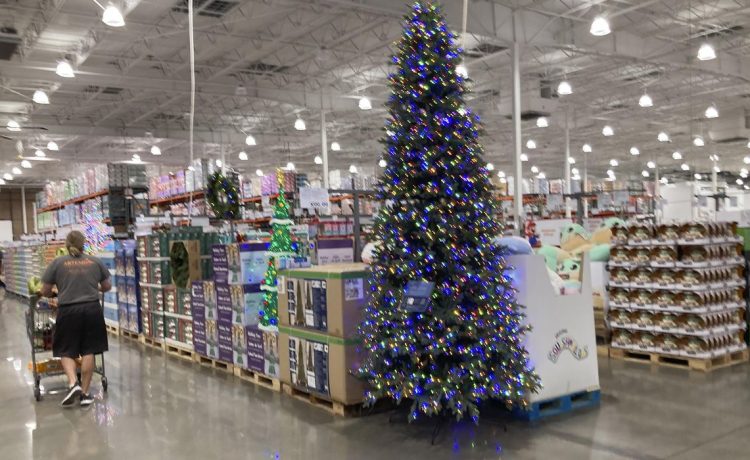 The National Retail Federation projects that holiday spending could reach $960.4 billion, with 91% of consumers celebrating the season. Well, good.

There is another aspect to consider however. Gift giving can miss the mark.

Politically-themed gifts in particular made a list of the most “unwelcome” presents this year — despite clever embellishments, such as the coffee mug which reads “All I want for Christmas is a new president.”

Moving right along, however, here’s the inevitable poll on the matter.

“In the U.S., 72% of respondents indicated they have received a gift that was so disappointing or weird that they were confused why it was given to them at all. Nearly 40% of those said they have received gifts so bad they felt insulted, and another nearly 25% said it led to an argument,” said a report from Wish.com, a San Francisco-based commerce platform that conducted the research.

“But after years of receiving questionable gifts, most Americans believe they have mastered the art of the fake smile with nearly 80% believing they are good at showing fake enthusiasm when opening a bad present,” the analysis said.

“That moment when you open a gift is some of the most nerve-wracking seconds of the holidays. Will you love it? Will you hate it? What were they thinking? Is your face giving away how awful it is?” Tarun Jain, chief product officer and chief customer officer for Wish, said in a statement.

But on to the lousy gifts. Which is the worst to receive? Here’s just a sampling of what respondents said were among the most disappointing:

The Wish/Perspectus Global survey of 2,070 U.S. adults was conducted throughout October and released Dec. 1.

Fox News Digital has revealed the scope of its reach through their website and social media outreach in the month of November. Visitors spent 2.9 bIllion minutes on the network’s various online “platforms” during the month, besting CNN (2.5 billion) and the New York Times (1.4 billion), according to Comscore, an industry source.

Fox News drove 10.6 million interactions on Facebook, 21.4 million on Instagram and 5.9 million on Twitter. On YouTube, the network also led the field in video views for the 22nd month in a row with 266 million views, according to Shareablee, another industry source.

ONE FOR THE FAMILY

A coalition of 27 religious and pro-family groups plus former lawmakers has a question for Congress: Where’s the money?

“Marriage rates are at an all-time low while fertility rates continue to decline. For too long, we have presumed the family would always be there to strengthen society while spending little effort to support its health. If we do not take concrete steps to strengthen the family, we’ll have no chance of addressing the social problems most on Americans’ minds — educational failure, poverty, and crime,” the coalition wrote in a letter to House Speaker Nancy Pelosi, House Minority Leader Kevin McCarthy, Senate Majority Leader Charles E. Schumer, and House Minority Leader Mitch McConnell.

“That is why there is broad agreement that the Child Tax Credit needs to be strengthened. We believe there is an urgent need for legislation that supports children and families. Many of us had called for increasing the CTC to $3,000 per child when Congress was debating the Tax Cuts and Jobs Act of 2017 and we remain committed to that goal today,” they said.

“Congress must squarely face the increasing cost of parenthood and the declining fertility rates these costs engender. Our goal must be to advance policies that make having children more affordable and achievable,” they advised.

THE BORDER: A SUMMATION

“Biden’s Invasion: The news this week was almost unbelievable as we watched coverage of hundreds and even thousands of illegal immigrants invading our country daily. Biden’s blatant disregard for our borders and laws is maddening,” he said in a written statement.

“Biden’s policies will cost communities tens of millions in unfunded liabilities from schools to housing, crime, and jobs. The long-term implication of this lawless, unregulated, unaccounted for illegal immigration will have a long-lasting negative effect on our children and grandchildren,” Mr. Anuzis wrote.

• 54% overall have an unfavorable opinion of President Biden.

• 52% have an unfavorable opinion of the Republican Party.