The Great Days > News > Inside the Beltway: Where the money went
News 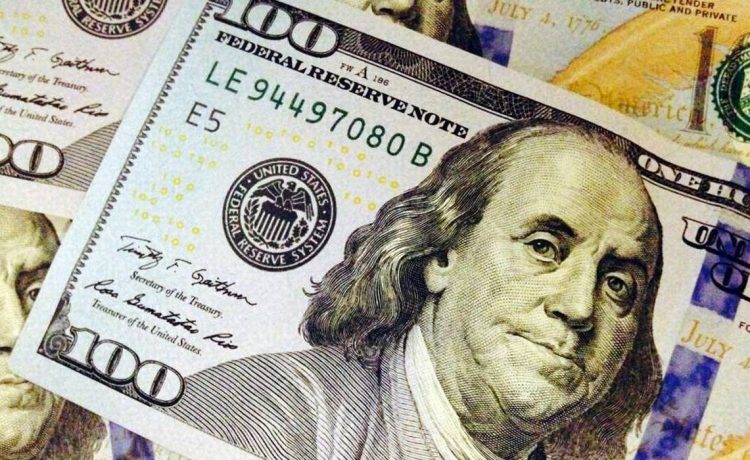 President Biden’s $2 trillion American Rescue Plan was introduced some 500 days ago — on Feb. 19, 2021, to be exact. That anniversary prompted Rep. Jason Smith, the top Republican on the House Budget Committee, to take a close peek at where the money actually went since that day.

The Missouri Republican has uncovered much since he began tracking the spending trends.

“When Democrats were rushing to pass the bill in February 2021, they swore up and down that its only purpose was to beat COVID-19. Yet, as it would turn out, less than 9% of the bill went to fight COVID through public health spending. Billions were wasted on pet projects that did nothing to fight COVID — from $140 million for a luxury hotel in Florida to $5 million for moonshine walking trails in North Carolina,” Mr. Smith said in a statement shared with Inside the Beltway.

“Meanwhile, the spending spree sparked the highest spike in prices in 40 years that is crushing families and has led to the fastest rise in interest rates in 40 years — and a recession,” the lawmaker noted.

His ongoing detective work has revealed that the state of Maine chose to use $20 million in relief funds to modernize fish hatcheries, while the city of Syracuse, New York, dropped $200 million to plant 3,600 trees. About $2 billion went to “nonexistent county governments” in Connecticut and Rhode Island.

Those are just a few of the many major expenditures.

It all amounts to a “billion-dollar blunder,” Mr. Smith said.

The White House and the Democratic Party may not be just a little off message. They may not have a message.

Poll after poll shows that inflation, the economy, crime and immigration are at the top of most voters’ lists.

“This is bad news for President Biden and his party because they have no answers for any of those problems, most of which they created or allowed to fester. And time is not on their side, with signs suggesting everything could get worse before Election Day,” wrote New York Post columnist Michael Goodwin.

“In that case, their only hope is the shiny object theory of politics, which involves trying to distract voters’ attention from the core issues. And so at every level, Dems are campaigning on Donald Trump, Jan. 6, and abortion,” he advised.

The Republican National Committee has discovered that Vice President Kamala Harris is a big fan of Venn diagrams — the basic visual tool for public presentations which uses overlapping circles to explain how different aspects of a concept intersect.

Ms. Harris has mentioned Venn diagrams quite a bit in recent appearances.

Curious? The GOP has counted the occurrences and assembled a little video about this phenomenon. View it on YouTube, and here is the intricate — but exact — web address.

How do you motivate voters who are grounded by their faith and prayer? The Faith and Freedom Coalition is focused on just that — and advises Inside the Beltway that the “2022 Project” is now very much underway.

This ambitious get-out-the-vote campaign is aimed at galvanizing faith-based voters ahead of the midterm elections — and it has reached a significant milestone. So far, the organization has made more than 2.5 million personal home visits to voters in 24 states.

“The 2022 Project is off to a strong start. We have more volunteer and staff support this year than ever before, and we’re excited to see the impact this unprecedented grassroots effort will have. We’ve witnessed all over the country that faith-based voters are eager to fight for freedom and disrupt the radical Left’s agenda this November. Our goal is to energize and equip as many of these voters as we can leading up to the election,” Timothy Head, executive director of the Faith and Freedom Coalition, said in a statement shared with Inside the Beltway.

This is a tradition.

There’s another worry for Americans to consider, even as they address ongoing concerns about Russian aggression in Ukraine, the fragile stock market and the ongoing effects of Hurricane Ian. The southern border remains open and active.

“Customs and Border Protection recorded an average of 7,300-7,500 daily migrant encounters at the southwest border by the end of September,” advised the Washington Free Beacon, which analyzed preliminary numbers from the Department of Homeland Security.

“These record-breaking numbers we’re seeing at the border have become the new normal. The question is how much worse will it get?” a senior Homeland Security official told the Beacon.

• 42% of U.S. adults are “very worried” about the future of American democracy; 47% of Republicans, 42% of independents and 45% of Democrats agree.

• 38% overall say they are “somewhat worried” about the future of democracy; 35% of Republicans, 39% of independents and 39% of Democrats agree.

• 8% say they are “not worried” about the future of democracy; 7% of Republicans, 6% of independents and 6% of Democrats agree.