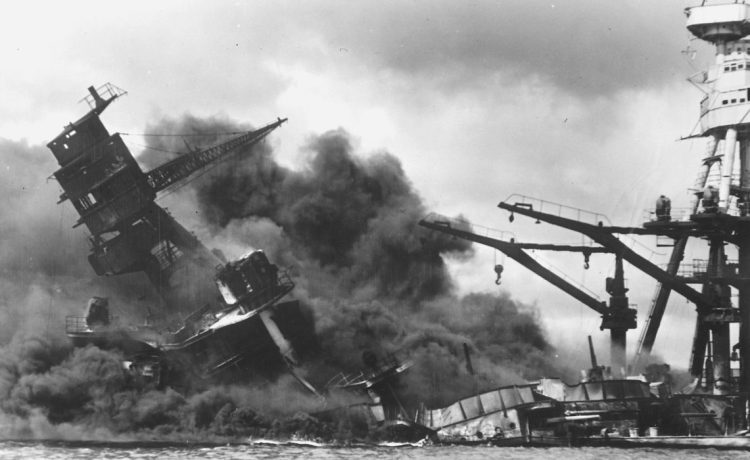 Wednesday marks the 81st anniversary of the surprise morning attack on Pearl Harbor on Dec. 7, 1941 which led to the formal entry of the U.S. into World War II.

“Remember Pearl Harbor” was a prominent slogan during the years that followed. Decades later, the attack is still remembered in ceremonies and public events around the nation, and reflected in surprisingly generous press coverage.

Which is a good thing.

“That time saw one of the rare periods of national unity, mutual sacrifice, and sense of purpose,” presidential historian and author Craig Shirley tells Inside the Beltway.

“The people of the United States, the military and the government worked in tandem to defeat the most evil threat ever known to that point in history. That spirit of cooperation and resolve must be reminders of what Americans can accomplish in great things and small,” Mr. Shirley said.

Inside the Beltway concurs.

Mr. Shirley knows much about this idea. He is the author of “December 1941: 31 Days that Changed America and Saved the World,” and “April 1945: The Hinge of History.”

The White House also stepped up to honor those who were present at Pearl Harbor, and the 2,403 service members and civilians who never made it home on that day.

“These brave women and men — the Greatest Generation — answered the call to defend freedom, justice, and democracy across the Pacific, throughout Europe, and around the globe. Today, we carry forward their spirit of unity and their enduring resolve to protect the United States against those who seek to do us harm,” said the White House proclamation for National Pearl Harbor Remembrance Day.

At 12:53 p.m., matching the time in Washington when the attack started, the host organizations mark the moment with a live ceremony and wreath-laying at the memorial.

The event is solemn but heartfelt, and will feature a musical tribute of “God Bless America” by Ms. Millben, introductions of the vets in attendance, and an address by Adm. Grady.

The aforementioned wreaths will be placed at the memorial’s Freedom Wall in remembrance of those killed in the attack on Pearl Harbor and the more than 400,000 American service members killed during World War II.

Here’s an option for those in holiday gift-giving mode: Flags of Valor, a Virginia-based company, offers handsome American flags handcrafted from wood by combat veterans.

The company was founded by Brian Steorts, who served in 82nd Airborne Division, and later as an Air Force special operations pilot.

“We were founded on the simple truths that veterans deserve opportunity, made in America matters, and we should never stop giving back. Since our earliest days we’ve been dedicated to remembering, employing and empowering our heroes,” the company notes in a mission statement.

Christmas ornaments, desk items and much more are available — including a flag-building kit for children and a special flag-themed keepsake frame in three sizes especially meant to display “challenge coins” which are so familiar to those who serve in the military and law enforcement, along with first responders. The online “FOV Blog” is of interest as well.

Find it all at FlagsofValor.com; orders must be received by Dec. 16, however, for Christmas delivery.

WHERE THE MONEY WENT

Much of the academic folk who populate the nation’s institute of higher learning lean left. Way left.

A new review of 2022 donor trends at 35 universities in 10 states found that an “overwhelming majority of faculty donations went to Democratic candidates or causes.”

An analysis by The College Fix — a student-written news organization — analysis revealed that 96% of faculty donations at the schools in question went to Democrats.

“In total, university faculty donated about $3.75 million to Democrats, while approximately $160,000 went to Republicans,” the analysis said.

The largest donation by university faculty was by the professors at Duke University. Faculty members doled out $552,562.44 to federal candidates — but only 6% of that amount was collected by Republicans.

The analysis was released Tuesday. Find it, and much more, at TheCollegeFix.com.

• 84% agree the nation will never be rid of the coronavirus during their lifetime.

• 70% agree we are moving toward a time when COVID-19 won’t disrupt our daily lives.

• 45% agree public health officials “lied to the American public” on the actual effectiveness of vaccines and masks.

• 44% agree “the only people dying from COVID-19 are those who are already sick or unhealthy.”

• 28% agree people around them have moved on from the pandemic, “but I haven’t.”