The Great Days > News > Inside the Ring: Spy agencies to report on Chinese leader corruption
News

Inside the Ring: Spy agencies to report on Chinese leader corruption 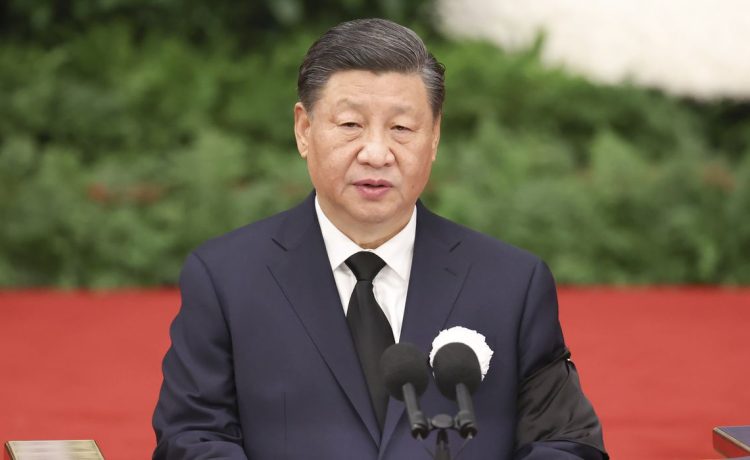 U.S. intelligence agencies will soon be required to submit reports to Congress on the wealth and “corrupt activities” of the senior leadership of the Chinese Communist Party, according to provisions of the fiscal 2023 intelligence authorization bill now in the final stages in Congress.

A section of the intelligence bill, expected to be signed by President Biden next week as part of an omnibus spending bill, “requires reporting on the wealth and corrupt activities of the leadership of the Chinese Communist Party (CCP),” according to the Senate report on the legislation.

The most significant case surfaced in 2015, when then-Chinese Premier Wen Jiabao was revealed to have amassed an estimated $2.7 billion in hidden riches spread through family members and businesses, the New York Times reported. Three years earlier, Bloomberg News reported that Mr. Xi, while serving as vice president, compiled a fortune through cutouts and family members worth more than $375 million.

The business grew exponentially after being given prime local land by government officials seeking favor from Mr. Xi, the Indian newspaper The Print reported in September 2021.

The International Consortium of Investigative Journalists also reported in 2014 that Deng Jiaqui was among the Chinese elite with hidden offshore bank accounts.

Desmond Shum, a former Chinese insider, wrote in his 2021 book “Red Roulette: An Insider’s Story of Wealth, Power, Corruption, and Vengeance in Today’s China” that other senior Party leaders were corrupt as well, including recently retired Politburo Standing Committee member Han Zheng, who reportedly had a secret bank account in Australia worth $20 million.

The anti-corruption campaign by Mr. Xi is thus regarded more as a tool to purge political rivals in order to consolidate power.

“As Xi’s corruption campaign played out, I finally concluded that it was more about burying potential rivals than about stamping out malfeasance,” Mr. Shum wrote in the book. “Xi had already played a role in locking up his fellow princeling, Bo Xilai. He followed that by jailing Bo’s ally on the Standing Committee of the Politburo, Zhou Yongkang.”

A report published in September by the Jamestown Foundation, a think tank, said corruption in China has been “pervasive” since the reform and opening-up period of the 1980s led by Deng Xiaoping, noting recent cases of senior party officials prosecuted for corruption including within the police and security services.

“Despite the immense issues it creates, the [Chinese Communist Party] cannot simply eradicate corruption as it is an integral part of the PRC’s political system,” said the report by Martin Purbrick, a former Hong Kong police officer. “The absolute power of the CCP can also be considered as a key reason for the continued endemic corruption in China as criticism is stifled, which prevents official transparency that would expose corruption.”

The fiscal intelligence authorization bill includes many provisions related to China, including a requirement for U.S. intelligence agencies to produce an annual report on Chinese influence operations in the United States.

A section of the bill will update the 1947 National Security Act to assess Chinese Communist Party influence and propaganda campaigns “including through the use of social media and news outlets.” The assessment also will require how U.S. spy services can expose and counter the operations.

Another section of the bill will require reports on China’s support for the Russian invasion of Ukraine, including what steps China has taken to help Moscow’s war effort. Biden administration officials have said there are no signs of weapons transfers by China to Russia, but that Beijing is backing the Kremlin’s official line that Ukraine and NATO bear the ultimate responsibility for the war.

The intelligence bill also calls for intelligence agencies to “report on the risk to national security posed by telecommunication, hospitality, and conveyance companies in which the People’s Republic of China has substantially invested,” the Senate report on the bill states. Another section will create a new multiple-agency intelligence working group devoted to monitoring the economic and technological capabilities of China.

The working group will “assess and report on the economic and technological capabilities of the People’s Republic of China to become the dominant military, technological and economic power, and to undermine the rules-based world order,” the report said.

Reports will include public lists of institutions, businesses, and projects supporting Communist Party technological, military and other objectives.

Regarding the ongoing campaign against ethnic Uyghurs in China, which the U.S. has labeled a genocide, the legislation will require annual reports on the “concentrated re-education camps” in Xinjiang where the State Department estimates that as many as 2 million Uyghurs have been incarcerated. The reports will seek to identify victims, personnel, funding and the role of Chinese companies in the repression.

The intelligence bill will require the director of national intelligence to report to Congress on China’s global competitiveness in semiconductors.

The report notes that lawmakers are particularly worried by China’s growing influence in the Caribbean, including in the states of Suriname and Guyana, and asks the CIA to produce in 90 days “regarding the threats and risks presented to U.S.

Austin: China a challenge, not a threat

But Mr. Austin recently backed away from identifying China as a major “threat” that many other elements of the military and U.S. government say it is.

“We didn’t call them a threat, we called them a challenge, and that’s a relationship that we believe we have,” Mr. Austin told reporters traveling with him from Asia last month. “We have a competitive relationship and not a contentious relationship.”

Mr. Austin has yet to explain what a “pacing challenge” is and why it is different from a direct threat to American security.

Chinese propaganda outlets and government spokesmen in recent years have stepped up their harsh rhetoric toward the United States, blaming the U.S. military for starting the COVID-19 pandemic and for starting the Ukraine war. The Chinese do not appear to be reciprocating Mr. Austin’s efforts to play down the threat.

The Chinese Communist Party-affiliated Global Times harshly criticized the defense secretary this week for “smearing China” and sowing discord between China and other nations.

The propaganda outlet was commenting on Mr. Austin’s recent speech in California to the Reagan National Defense Forum, where he said the United States would not allow China to reshape the region and the international order.

“In fact, the ‘order’ that the U.S. talks about is its hegemony,” the report said, adding that China’s growing power will influence other nations in the region. “And the reason the U.S. is so eager to keep promoting the ‘China threat’ theory is that it cannot halt the trend of its [own] decline.”

“If the coming decade should be decisive for something, it should be about smashing Washington’s brutal hegemony and establishing true world equality and justice,” the Chinese editorial argued.