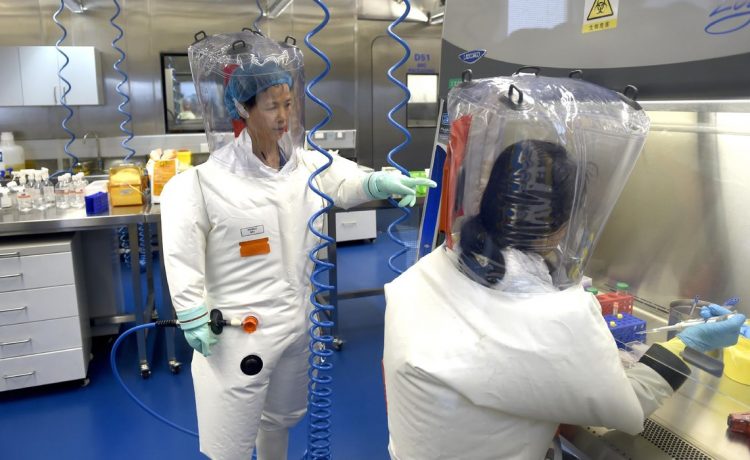 Three federal government agencies provided millions of dollars directly to Chinese research centers between 2015 and 2021, according to a report by the congressional watchdog Governmental Accountability Office (GAO).

The Pentagon, Centers for Disease Control, National Institutes of Health supplied $28.9 million to Chinese universities and research centers, GAO auditors found. The CDC gave about $15 million and NIH provided $13.6 million, while the Pentagon supplied $400,000 in research funds. The money was used for applied and basic research.

Additional U.S. funds were sent to Chinese research centers through “subawards” to U.S. and other firms that then supplied the money to China.

CDC-funded research in China included work on “pathogenicity of emerging, re-emerging, and novel viruses and vaccination coverage and effectiveness.” The GAO said it could not determine how much of the subawards went to China because of rules that allow awardees to keep data secret.

Direct funds were not supplied to the Wuhan Institute of Virology, the controversial Chinese laboratory engaged in risky work of manipulating bat coronaviruses to create strains more infectious to humans, called “gain of function” research. U.S. intelligence agencies say a lab accident from the Wuhan site remains one possible origin for the COVID-19 global pandemic first identified in the Chinese city. Wuhan’s wild animal market is also suspected as a potential source of the virus.

Wuhan University and the Institut Pasteur in Shanghai received $500,000 in U.S. funds, the report said.

China has refused to cooperate with U.S. and international investigators searching for the origin of the pandemic. Chinese officials have even blamed the United States for bringing the virus to China, a charge the U.S. government has denied.

The NIH’s National Institute of Allergy and Infectious Diseases last month gave a grant of $653,000 to EcoHealth Alliance for bat coronavirus research in Myanmar, Laos and Vietnam. The funding was first reported by The Intercept.

EcoHealth Alliance is led by Peter Daszak, who worked closely on bat research with China’s Shi Zhengli at the Wuhan Institute of Virology. Ms. Shi is known as “the bat woman of Wuhan” for her work. She has denied that the coronavirus behind COVID-19 leaked from the Wuhan lab, but Congress is currently investigating EcoHealth Alliance over its work in Wuhan.

The NIH stated in a letter to Congress in October 2021 that EcoHealth Alliance worked with the Wuhan institute in “testing if spike proteins from naturally occurring bat coronaviruses circulating in China were capable of binding to the human ACE2 receptor in a mouse model.”

The letter, however, said the virus work by EcoHealth did not become the virus behind COVID.

The research was done under an NIH grant and contradicted repeated claims by Anthony Fauci, until recently chief medical adviser to the Biden administration, that no federal funding was used on virus work at the Wuhan Institute of Virology.

According to GAO, the Chinese Center for Disease Control and Prevention received around $5 million and Peking University was granted $8.8. million. Around $11 million in funds were sent to research centers in Hong Kong.

Most of the funding was halted, but the GAO investigators said the NIH and the CDC were continuing to fund research institutes in China as of July 2022.

Critics of the funding have said all U.S. money should be cut off to Chinese research centers until Beijing fully reveals the activities at the Wuhan site.

The report was requested by Rep. Michael McCaul, Texas Republican and chairman of the China Task Force, who said the GAO findings helped “pull back the curtain on American taxpayer dollars funding entities in China.”

“Unfortunately, the tens of millions of dollars in research collaboration they found is only part of the full picture,” Mr. McCaul said. “The Biden administration stopped the Office of Management and Budget’s efforts to track federal spending in China that began under [former President Trump] at my request.”

Mr. McCaul said he will continue working in Congress to track and halt U.S. money going to China that ends up ultimately in the coffers of the ruling Chinese Communist Party.

The federal Cybersecurity and Infrastructure Security Agency (CISA) and the FBI revealed this week that a sophisticated hacking operation against a defense contractor resulted in the loss of sensitive information.

According to a report posted on the CISA website, several “advanced persistent threat” (APT) groups, the formal term for hackers, gained access to a defense contractor, with some obtaining unauthorized long-term access to the hacked network. The groups were not identified

The hacking operation took place from November 2021 through January 2022 in what the report called a defense industrial base organization.

“CISA uncovered that likely multiple APT groups compromised the organization’s network, and some APT actors had long-term access to the environment,” the report said.

The report did not identify the hackers, although China and Russia are known to use the type of tactics involved in the data theft.

FBI Director Chris Wray said during a speech in London recently that Chinese hackers are engaged in massive cyber espionage and data exfiltration. “The Chinese Government sees cyber as the pathway to cheat and steal on a massive scale,” Mr. Wray said.

“Chinese hackers had leveraged these vulnerabilities to install more than 10,000 webshells, or backdoors, on U.S. networks, giving them persistent access to data on those systems,” he said. “That’s just one example of the Chinese government finding and exploiting vulnerabilities, albeit a big one.”

The CISA report on the defense contractor hack said hackers broke into the company’s Microsoft Exchange Server to gain access to the sensitive data.

CISA and the FBI reported in February that from January 2020 to February 2022, Russian state-sponsored cyber actors were engaged in regular cyber targeting of defense contractors engaged in classified work. The defense contractors work closely with the Pentagon and intelligence agencies on a range of issues, including command, control, communications and combat systems; intelligence, surveillance, reconnaissance and targeting; weapons and missile development; vehicle and aircraft design; and software development, data analytics, computers and logistics.

The Army is saluting the Biden administration political agenda that views climate change as a primary security threat, spending up to $800 million annually in a bid to reduce the danger, according to a report made public on Wednesday.

The 50-page Army report said climate change “poses an immediate and serious threat to U.S. national security and affects how and where the Army trains and operates.”

The Army is spending $500 million to $800 million annually on “climate funding” for  installation resiliency, technology and “operational energy.” Between 2023 and 2027 as much as $5.2 billion could be spent on Army climate plans.

The report said the threats include extreme weather and wildfires, although it was not clear from the report how the weather poses a threat to the service and its mission.

“Extreme weather events, soaring average temperatures, and other hazards caused by climate change are increasing the risk to military operations and forces at home and in many parts of the world,” the report said.

The Army plan for going green by 2027 includes developing resilient energy and water supplies, including “carbon free electricity,” and electrification of its non-tactical fleet. Sustainable land management also will be used. The service also will adopt advanced green technology and will reduce its fuel consumption in helicopters, tanks, armored vehicles and jeeps, and a “clean procurement” plan also will be adopted.

The Army plans for 100% carbon-free electricity on all 137 Army installations by 2030, and will deploy a “a zero-emission light-duty non-tactical vehicle fleet” by 2027.

Twenty Army-dedicated “microgrid” electrical power systems will be set up by 2024. A microgrid is a local electrical system with the controls to manage multiple generation sources and loads.

“The Army’s core purpose has not changed: to deploy, fight, and win the nation’s wars by providing ready, prompt, and sustained land dominance as part of the joint force,” the report stated. However, the Army needs “bold actions now” to make sure the service will be ready while “setting the stage for long-term climate change adaptation and mitigation.”