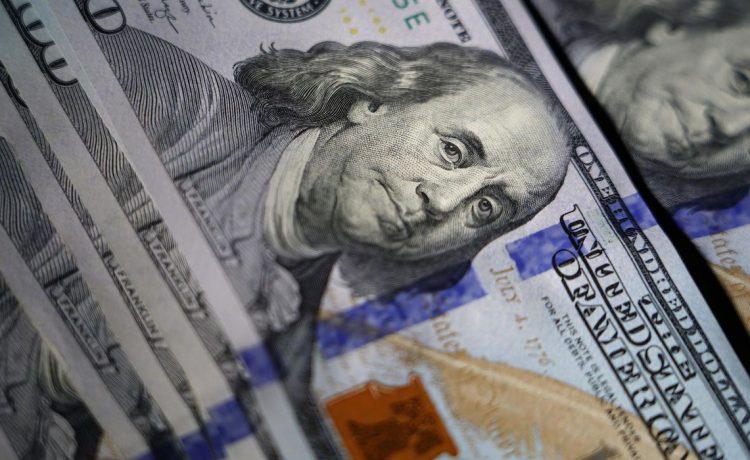 Criminal syndicates that scammed the unemployment system out of billions of dollars in pandemic benefits used some of the money to buy drugs and guns, an inspector general says.

The Labor Department’s watchdog said nearly 20% of the unemployment insurance benefits paid out by California over the first six months of the pandemic went to fraudulent claims.

“Criminal enterprises have discovered that UI fraud is a low-risk, high-reward crime,” the inspector general said. “They have invested fraudulent UI proceeds to further other criminal activity, such as purchasing guns and drugs.”

The office, reached by The Washington Times, declined to elaborate on those crimes but did point to Justice Department prosecutions.

Among those was a case against the Robles Park gang in Tampa, Florida, where members have admitted to a toxic mix of drug dealing, shootouts and unemployment benefit fraud. Gang members filed dozens of claims using stolen identities, walking away with more than $420,000 in payouts that prosecutors suggested fueled the gang’s broader mayhem.

Authorities also brought charges in federal court in Brooklyn, New York, against 11 members of the Woo gang, whom they accuse of filing bogus unemployment applications using more than 800 stolen identities. They walked off with more than $4 million in payouts.

Gang members bragged about the scam on social media, flashing stacks of cash.

The Washington Times reached out to the inspector general for other details but the office declined, pointing back to the Justice Department’s publicly announced cases.

The exact amount of pandemic aid that went to the wrong people may never be known, but investigators are increasingly drawing connections between criminal outfits and massive amounts of cash.

One particularly troubling aspect is the money stolen by criminal syndicates operating outside the U.S.

The inspector general at the Small Business Administration, which is probing that agency’s two big pandemic programs, recently reported on $1.3 billion in Economic Injury Disaster Loan payments that went to applications filed from Internet connections outside the U.S.

While not automatically improper, those foreign locations were a major red flag, the inspector general said.

“The numerous applications submitted from foreign IP addresses are an indication of potential fraud that may involve international criminal organizations. OIG has ongoing investigations into international organized crime operations that applied for and stole pandemic relief funds,” investigators said.

The pandemic programs were particularly susceptible to fraud because of how Congress and the Trump administration wrote and implemented the programs.

With shutdowns threatening to send the economy into a depression, the government decided that speed in getting money out the door was more important than accuracy in who collected it.

Full tallies of bogus payments may never be known, but investigators keep turning up brazen examples of fraud.

The Labor Department inspector general identified one address — a 3-bedroom house — where more than 90 unemployment benefit claims were being delivered. One of those people had filed for 235 claims across three states and received payment on 87 of them — all in California.

The person collected $1.6 million before California stopped payments, 164 days after it made the first one.

States simply weren’t prepared for what they faced, and scammers had pretty good luck overall.

The inspector general’s investigators did a deep dive on 214 claims in the four target states, totaling $3.4 million in payments. They concluded that 118, or $1.4 million, shouldn’t have been paid. Of those, 25 were figured to be cases of actual fraud, totaling $465,723.

The audit then extrapolated across the entire $71.7 billion in payments to 9.5 million people in the four states during that time. It worked out to 5.3 million improper payments totaling $30.4 billion. Of those, 1.1 million were likely fraudulent, totaling $9.9 billion.

In another test, they identified 951 claims filed across 28 states they said showed signs of identity fraud. States stopped 495 of the claims, or just 52%.

Among the fraudulent claims that weren’t stopped, the average payout was roughly $15,500.

In its response to the inspector general’s report, the Labor Department objected to using the 214 cases as a measure for overall fraud, saying the sample size was too small and questioning whether the investigators had properly categorized cases as bogus.

Brent Parton, acting assistant secretary at the department, said unless state agencies have actually investigated a claim it’s not proper to label it as “likely fraudulent.”

“It is inappropriate to publish data that may inaccurately represent the actual [Pandemic Unemployment Assistance] improper payment rate,” Mr. Parton wrote in a lengthy rebuttal.

He also pointed to a series of steps the department has taken to try to prod states to stiffen their controls on unemployment payouts, such as better identity checks, as evidence that things have improved.