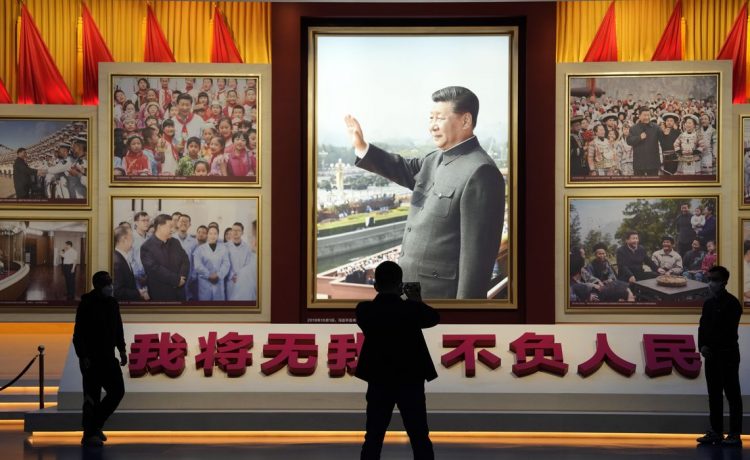 An inspector general has opened a review of the Energy Department after reports that it paid to develop advanced battery technology at a U.S. national laboratory — then turned it over to China and shut down requests from American companies to license the technology.

Sens. Joni Ernst and John Barrasso requested the probe last month, saying they feared the battery incident was part of a larger pattern of shipping taxpayer-funded research and technology to China. They said America’s “economic and national security” was at stake.

Inspector General Teri L. Donaldson said in a recent letter back to the senators that her office is taking a look.

“In accordance with our procedures, we are conducting a thorough review of this matter to determine what steps may be appropriate,” she wrote.

NPR reported on the battery betrayal in August, saying U.S. companies were lining up to take advantage of the design for a vanadium redox flow battery that had been developed by scientists at the government-funded Pacific Northwest National Laboratory.

But the Energy Department gave the technology to China, first in 2017 as a sublicense and in 2021 as part of another license transfer, according to the report.

Ms. Ernst and Mr. Barrasso said the Energy Department looked the other way as the Chinese firm, Dalian Rongke Power Co. Ltd., violated the terms of the deal, breaking an agreed-upon quota for domestic battery sales and a requirement that the batteries be “substantially manufactured” in the U.S.

“With DOE failing to crack down on these violations, Dalian Rongke Power Co. Ltd. has become the global leader in the manufacture of vanadium redox flow batteries,” the GOP senators said in their letter demanding a probe.

NPR said after it made inquiries for its story, the Energy Department canceled the license with the Chinese firm.

The Washington Times has reached out to the Energy Department for comment.

But Chinese interests would seek out the firms getting the money and recruit them to work for institutions associated with China’s military. The American companies would then dissolve, with the research transferred to a subsidiary in China, Ms. Ernst said.

In one example she cited, a research team was given four grants to develop drone and spacecraft technology. It was recruited by the Chinese government.

The Pentagon said none of the technology involved is classified.

Defense officials said they felt that if they didn’t fund the research, someone else would anyway.

A vanadium flow battery is supposed to pack a larger energy punch in a smaller size, with minimal degradation from recharging and use. It could last years.

The Pacific Northwest lab that developed the technology spent six years and $15 million of taxpayers’ money on the project, NPR reported.

The scientist who led the effort told the news outlet that when he tried to get financial backing to commercialize the technology he couldn’t get banks interested. But the Chinese power company was interested.

Over the years, Rongke Power shifted production from the U.S. to China and in 2017 the scientist formally issued a sublicense allowing the batteries to be made in China — in an arrangement that NPR said was a clear violation of the rules because few of the resulting batteries were sold in the U.S.

In 2021, the Energy Department approved a second license for a company in the Netherlands — again, going outside the U.S. And it turned out that the company also planned to do manufacturing in China.