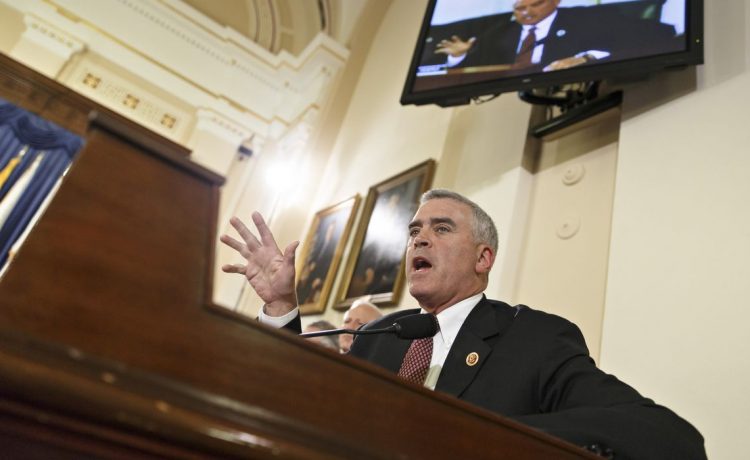 An unclassified summary of lawmakers’ new report into COVID’s origins said the lawmakers have seen evidence suggesting COVID is tied to China’s bioweapons program and the intelligence community withheld key information from public reports on the virus origin.

“Based on our investigation involving a variety of public and non-public information, we conclude that there are indications that SARS-CoV-2 may have been tied to China’s biological weapons research program and spilled over to the human population during a lab-related incident at the Wuhan Institute of Virology (WIV),” the summary said.

The report from the House Permanent Select Committee on Intelligence’s Republicans said that the intelligence community “has failed to adequately address this information.”

The lawmakers’ summary said they saw nothing indicating that China intentionally released the virus.

The summary of the report led by Rep. Brad Wenstrup, Ohio Republican, said the intelligence community stripped information from classified material and created a public product that likely skewed people’s understanding of what the federal government knew about COVID’s origins.

The lawmakers claimed that the intelligence agencies refrained from revealing their true confidence level about connections to China’s bioweapons.

“The Committee has reason to believe that the IC downplayed the possibility that SARS-CoV-2 was connected to China’s bioweapons program based in part on input from outside experts,” the summary said.

“The IC has denied Congressional oversight of the analytic integrity of its Updated Assessment, particularly its heavy reliance on outside experts who may have had conflicts of interest,” the lawmakers wrote.

In October 2021, the Office of the Director of National Intelligence published a declassified assessment on COVID-19’s origins that did not reach a consensus about how the COVID pandemic began.

The office did not immediately respond Wednesday to a request for comment on the GOP lawmakers’ report.

Republicans are set to takeover the House, and the intelligence committee’s Republicans have made releasing hidden information about the COVID-19 pandemic’s origin an investigatory priority.

Rep. Mike Turner, the Ohio Republican expected to chair the committee when the new Congress begins next year, has signaled that getting answers on COVID’s origins from the Biden administration’s intelligence-community leaders will be an investigatory priority.

The lawmakers’ summary on Wednesday said the intelligence community has failed to comply with several requests for information.

“The committee will continue to press the IC to share the information it has and to explain why information was omitted from the declassified and classified reports,” the summary said. “Members will seek to declassify the full classified version of our investigative report on this matter.”